Here’s one last round of congratulations to the 2017 golf champions in the 9 divisions covered here at Balladeer’s Blog. I covered the women previously.

With the July 4th Holiday hurtling toward us here is a look at the men from the New Hampshire delegation to the Continental Congress in 1776. These were the individuals who signed America’s Declaration of Independence.

1. Josiah Bartlett – This M.D. went on to serve as a military doctor for the American forces and was present at the Battle of Bennington, where General John Stark said “Live free or die”, which saying became the New Hampshire state motto.

END_OF_DOCUMENT_TOKEN_TO_BE_REPLACED

Balladeer’s Blog continues its examination of this neglected cult show from the 1980s by way of my research through VERY old newspapers, my interviews with series co-star and co-creator Randy Clower and emails from my fellow fans of this program.

*** NOTE: I’ve now received a different account saying that this episode really aired earlier in February and was accompanied by the final chapter of the serial Flash Gordon Conquers the Universe. Any clarification would help us. 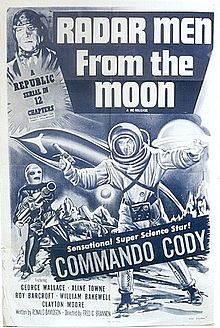 SERIAL: Before showing and mocking the movie machine-gun toting Randy Clower and Richard Malmos, as members of the fictional Film Vault Corps (“the few, the proud, the sarcastic”) showed and mocked Chapter Two of the Republic Serial Radar Men from the Moon (1952).

FILM VAULT LORE: Our Film Vault Technicians First Class would pull the usual Movie Host duties like providing background info on the films and serials, and would also do comedy sketches centered around their fictional Film Vault Corps before and after commercials. They protected their duty station from menaces like giant rats, cellumites and other threats.

That duty station – Level 31 Core 27 of the Film Vault System was accessed via an industrial park behind KDFI Channel 27’s headquarters off Highway 183 near Dallas. The show was directed by Karl Newman, who often good-naturedly bemoaned Randy and Richard’s tendency to ad-lib. Sometimes in print interviews Newman would joke that if they used a script they would need far too many takes for Clower and Malmos to read their lines right, hence the ad-libbing.

THE MOVIE: Blood Beach (1980) was one of  the least effective horror films of the 1980s. It had a half-decent premise – a monster beneath the sand at a California beach sucking victims down into its hellish maw – but squandered that premise with incredibly slow pacing. The inane dialogue spouted by the annoying characters didn’t help matters. END_OF_DOCUMENT_TOKEN_TO_BE_REPLACED

TRUMP-HATERS SAY “WHO CARES” TO THE VICTIMS OF OBAMACARE

One of the most nauseating qualities of Democrats that has driven away so many of us is their hypocritical way of ignoring the victims of their own policies while shrieking in phony outrage about policies proposed by anyone else.

Watching Democrats and other Trump-Haters pretending to actually care about health care for the poor is especially laughable. For those of us who saw friends and/or loved ones suffering because of Barack Obama’s destruction of the health care system, if any of those hypocrites want to discuss what’s going on –  FIRST …

I want to know why Democrats and other Trump-haters didn’t get as vocal about the countless numbers of people who died and suffered because of Obamacare. From the very beginning regarding Obama’s lie “If you like your doctor you can keep your doctor” they remained silent.

I want to know why they refuse to address the countless suffering people who – because of Obamacare – lost plans they could afford and had to buy plans that killed their monthly budgets.

I want to know why we never heard from them about the countless people who had their yearly deductible go up so high that they might as well have been paying double or triple payments per month.

I want to know why they never shed one tear over the people whose prescriptions were not covered under their new plans, unlike the plans they “liked” – which Obama lied about them being able to keep.

I want to know if the Democrats and other Trump haters EVER feel a spontaneous, genuine human emotion or if they are only capable of this faux outrage they manufacture whenever they want to blame something on someone else.

I want to know why they feel people who suffered and died under Obamacare don’t count as much as people who might face similar situations under other healthcare plans that are being worked on. END_OF_DOCUMENT_TOKEN_TO_BE_REPLACED

Tagged as Anti-Trump Hysteria, Both Democrats and Republicans are Criminals, Both Liberals and Conservatives Suck, Democrat hypocrisy on health care, news, Obamacare, Obamacare is disastrous, politics, victims of Obamacare

For more entries on the gods and goddesses of Inuit mythology click here: https://glitternight.com/inuit-myth/

MANTIS’ vital role in the 1970s Thanos War is on the slate in this post. This first Thanos War was basically the same as the much later Infinity War, coming in movie form soon. Thanos was trying to get his hands on the Cosmic Cube, later called the Tesseract. This object was later ret-conned into being one of the Infinity Stones or Infinity Gems that fit into the Infinity Gauntlet.

So I guess the Infinity War is like the Thanos War but with SIX items for the scavenger hunt instead of just one. If this villain’s name isn’t familiar to you, he’s the big purple guy who keeps showing up in mid-credits scenes of Marvel movies.

THE POWER OF BABEL

Synopsis: The Avengers are back from Vietnam after saving the world from the Star Stalker. Much was revealed about the enigmatic Mantis but much still remains a mystery with some contradictory notes especially puzzling our heroes for now.

Libra is being taken off to prison by the authorities. Mantis tells him she still can’t think of him as her father but she feels that they are both the better for what has happened. He asks if she will visit him in prison but she replies that she does not know. It may depend on what she learns about her enigmatic past next.

Captain America returns to the team after dealing with a long, multi-issue adventure in his own comic book. Mantis welcomes him back and then goes to visit her romantic partner the Swordsman in the hospital as he recovers from being tortured by her crime lord uncle.

After she leaves, Thor, Iron Man, the Scarlet Witch, the Black Panther and the Vision bring Cap up to date on the new developments regarding Mantis. 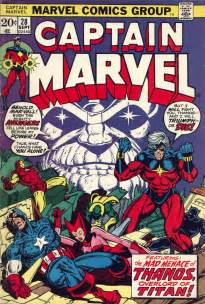 Soon the Avengers – including Mantis and the recovered Swordsman – get dragged into the ongoing Thanos War which had been playing out in multiple Marvel titles back then.

Parts of the conflict involved Iron Man, Daredevil and the Black Widow plus the Thing from the Fantastic Four but the bulk of the action took place in Captain Marvel’s comic book.

Supervillains like the Blood Brothers, Ramrod, Angarr, Super-Skrull, the Dark Messiah and the Controller served Thanos who – with his homeworld (Saturn’s moon Titan) at last conquered – turned his attention to Earth. END_OF_DOCUMENT_TOKEN_TO_BE_REPLACED

ONE WEEK TIL JULY FOURTH

Yes, the Independence Day Holiday is fast approaching! Like other holiday seasons Balladeer’s Blog mixes new posts in with the seasonal favorites of you readers. To start this year’s countdown here are the most popular items from years past:

QUICK FACTS ON ALL THE SIGNERS OF THE DECLARATION

NAVAL BATTLES OF THE REVOLUTIONARY WAR

END_OF_DOCUMENT_TOKEN_TO_BE_REPLACED

The weak, inept and crooked little man named Barack Obama – the official Worst U.S. President in History – once read the following line from his teleprompter: “At some point I think you’ve made enough money.”

Well, Barack, I think at this point YOU’VE made enough money, what with your Wall Street Prostitute speeches and the “book deal” plus the suspicious money that was long funneled to you from “admirers.” So from now on why don’t you lead by example and donate every penny you make to the suffering 99% who were left in even more dire straits by your time in office?  END_OF_DOCUMENT_TOKEN_TO_BE_REPLACED

THE FALLEN RACE (1892) – Written by Austyn Granville. If you’ve ever thought to yourself “How come nobody ever combined science fiction, H. Rider Haggard-style Lost Race tales AND kangaroo rapists” then THIS is the story for you. (And please stay away from children.)

This novel is presented as if it is the real-life journal of the adventures of Dr Paul Gifford in the Great Australian Desert from 1874-1888. An ill-fated expedition into Australia’s desert is nearly wiped out by dysentery, thirst and spoiled food. The only two survivors are the aforementioned Dr Gifford and Jacky-Jacky, which may sound like the name of a Hip-Hop Artist but is really the name of an Australian Aborigine member of the expedition.

Just in time this unlikely pair comes across a huge lake, which event saves their lives. Adjacent to the lake is the lush, green land of the Anonos, a species which is a cross between humans and kangaroos and resulted from a long-ago mass rape of Australian Aborigine women by kangaroos. No, I’m serious.

Finally, the lyrics of that Men at Work song make sense:

The Anonos have the fur and the short, stubby arms of kangaroos along with their long tongues but are otherwise human. Their intelligence is below average, so I’m guessing it never occurred to them to refer to themselves as “Man-supials.” But I kid … Anyway this hybrid species lives in a crudely constructed city of sorts. END_OF_DOCUMENT_TOKEN_TO_BE_REPLACED

Comment: This institution was America’s very FIRST institute of higher learning specifically for women and is often known as “The W.” In 1982 the university became co-ed. END_OF_DOCUMENT_TOKEN_TO_BE_REPLACED