If you liked Weekend at Bernie’s you’ll love this mock trailer for a sequel with Joe Biden as the title husk. Techno-Fascists at Twitter, Facebook, etc keep trying to ban it, which makes it even MORE enjoyable!

While Senile Joe Biden hides away til Thursday night and tries to remember that he’s NOT running for the Senate (he’d be “the Senator from Burisma”) and while the Techno-Fascists who run Google and its ilk have been deservedly slapped with a huge antitrust suit, let’s combine Halloween Month with a few news items: 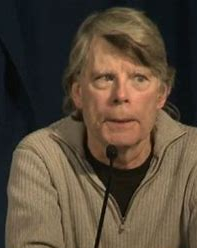 Stephen King, looking nothing at all like a child molester who creepily hangs around children’s playgrounds, will be the mascot.

BLACK BUSINESSMAN TRUSTS TRUMP OVER BIDEN ON THE ECONOMY, SAYS “I HAVEN’T HEARD ANYTHING COHERENT FROM BIDEN” .

DEMOCRATS GETTING MORE OPEN ABOUT THEIR PLANS FOR POST-ELECTION CHAOS FROM VOTE FRAUD, ETC .

EVEN AXIOS ADMITS THAT THE CORRUPT JOE BIDEN GETS TREATED WITH KID GLOVES BY THE DEMOCRAT MEDIA OUTLETS . 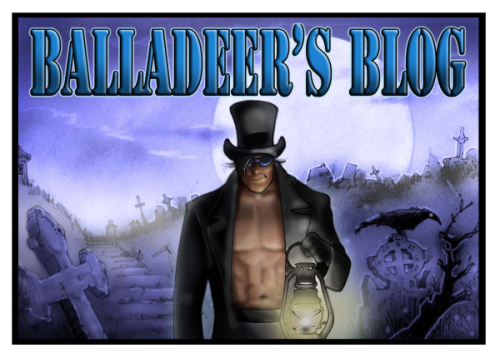 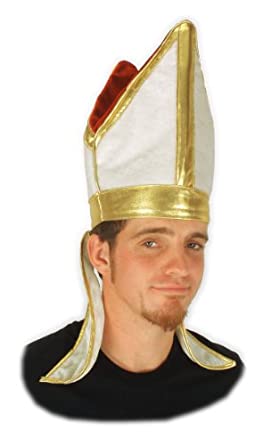 *** A submarine in Holy Loch will unleash a missile powerful enough to destroy all of Scotland. END_OF_DOCUMENT_TOKEN_TO_BE_REPLACED

Some mock Democrat slogans for 2020:

DEMOCRATS: THIS DREADFUL DONALD TRUMP PERSON HAS FILLED THE WORKING CLASS RABBLE WITH THOUGHTS ABOVE THEIR STATION IN LIFE!

DEMOCRATS: THE CAMPAIGN NEVER ENDS … AND NEITHER WILL OUR DISCOVERY OF BOXES FULL OF “UNCOUNTED” VOTES!

ONLY THOSE PEOPLE OF COLOR WHO AGREE WITH US WHITE DEMOCRATS ARE AUTHENTIC. THE REST MUST BE HOUNDED FROM PUBLIC LIFE OR RECANT.

DEMOCRATS: FILING COMPLAINTS ABOUT PEOPLE WHO SAY SOMETHING WE DISAGREE WITH IS THE HIGHEST FORM OF ACTIVISM!

END_OF_DOCUMENT_TOKEN_TO_BE_REPLACED

AMERICA: PART OF THE DUNE FRANCHISE

Balladeer’s Blog remains the only site on the web that equally criticizes both Democrats and Republicans, depending on which party has been committing greater offenses at the moment.

Reader reaction to my blog post which depicted America and our corrupt political parties as part of the Alien franchise (HERE) was impressive so here is a tongue in cheek look at the U.S. as part of the Dune franchise.

First, my traditional opening to such posts:

THE FREMEN – These are American VOTERS who heroically endure the harsh, ugly conditions that the hopelessly corrupt and outdated Houses have imposed on the nation.

The bizarre throwback to a feudal culture resulting from the destructive, self-serving policies of those two Houses has become more and more apparent with each passing year. The gap between the haves and have-nots was never clearer than in the past six months.

Still the Fremen soldier on, trying to eke out a living and preserve what few of their liberties remain to them while striking back at their callous and uncaring oppressors whenever they can. The only hope for the future rests with the Fremen/ Voters, certainly not the would-be aristocrats of the venal Houses.

HOUSE HARKONNEN – Needless to say, these are the DEMOCRATS, the most vile and mercilessly totalitarian of the Houses which treat the voters like peasants and cannon fodder.

The Democrats run rings around their rival Houses with their cynical exploitation of crises and tragedies which befall the nation. The conscienceless trash of this House carry out their strategy of “Oppressing people while posing as the oppressed” in increasingly blatant and brutal fashion. Merely expressing an opinion dissenting from the Democrat Party line is considered grounds for loss of one’s livelihood and access to assorted online tools necessary for modern life. END_OF_DOCUMENT_TOKEN_TO_BE_REPLACED

Hidin’ Biden, who needed WHO KNOWS how many takes to slap together his edited Democrat Convention acceptance speech, is still the gift that keeps on giving. Here are some more of the sexual harassing idiot’s screwups over the years:

Annoy your friends with your pretentiousness: refer to shows like I Love Lucy and Make Room for Daddy as “Parathespian Comedies.”

Balladeer’s Blog presents another examination of an ancient Greek comedy. Callippides was written by the comedian Strattis and falls into that comic poet’s specialized area: Parathespian Comedies.

Another fun element of our shared humanity with the ancient Athenians who flocked to attend these plays is the fact that even 2,400 years ago audiences were fascinated and entertained by the trappings of “showbiz”. “Parathespian Comedies” were just one of the many sub-genres of ancient Greek comedy but Strattis is the writer most associated with them … by me and the .000001 percent of the population who are into such things.

Yes, a few thousand years before I Love Lucy, The Dick Van Dyke Show, Seinfeld and other such sitcoms the spectators at the Theatre of Dionysus were laughing at comedies depicting what it was like to be one of the performing, writing and singing stars of the Athenian stage. The Parathespian Comedies sometimes featured fictional stars as the characters but would also depict real-life figures of the stage in stories that were either wholly fictional or based on backstage gossip of the time.

Callippides was based on the real-life actor and megastar of ancient Greek tragedies. In this particular case Strattis presented a very unflattering comedic poke at Callippides, making jokes that depicted him as a William Shatner-esque ham instead of the accomplished thespian he was often hailed as.   END_OF_DOCUMENT_TOKEN_TO_BE_REPLACED

AMERICA: PART OF THE “ALIEN” FRANCHISE

It’s been awhile since I’ve done one of these blog posts here at Balladeer’s Blog.

“We’re a world of 7 billion people, 10 billion blogs and 20 billion political poses” is always the opening line. So let’s have some fun framing American politics as part of the Alien franchise.

RIPLEY and the other humans in the Alien films are American VOTERS. As we struggle to survive in this dangerous setting we need to stand together against the common threats. And that applies whether a voter considers themselves Independent or Democrat or Republican. Political labels have become meaningless for US as the Neo-Feudalists view all of us as peasants and cannon fodder, anyway.

THE XENOMORPHS are the DEMOCRAT office holders and their fellow members of the Hive Mind: the corporate media, “teachers” (LMAO), entertainers, SJWs and anyone else who plays along with the Democrat approach of taking offense at everything and filing complaints until only other Democrats work in your field. And Democrat power-holders and “activists” (LMAO) have no traces of individuality, just like the Xenomorphs. No personality, no independent thought and certainly no personal strength. Their numbers and unquestioning obedience are their fascistic advantage.

WEYLAND-YUTANI CORPORATION are the Republican office holders and bloated rich pigs who care only about profit, potential profit and possible “sacrificed profits” if they don’t exploit every single situation for every dime that can be extracted from it. BURKE in particular represents Republican trash like the Bush Family, Paul Ryan, Mitt Romney, the stuffy white guys at National Review, etc. The Xenomorphs could be stopped if the Republican money-grubbers would forget the bottom line for once and stand with human beings. This will never happen. They will sell us out every time if it adds just one dollar to their bank balance.   END_OF_DOCUMENT_TOKEN_TO_BE_REPLACED 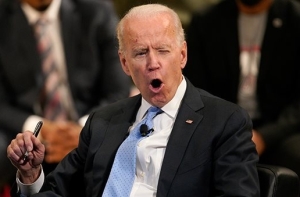 Joe Biden, the Clown Prince of senile, possibly demented, DEFINITELY corrupt career politicians, always brings the crazy AND the laughs. Joe sounds like he’s drinking again – probably to drown his sorrow over how wonderfully the economy is rebounding from the Covid-19 hit. Or maybe because of the way many of his Union allies were accused of sexual misconduct recently. Whatever. Thank you to the BERNIE BROS who alerted me about this video:

Regular readers of Balladeer’s Blog are familiar with my odd sense of humor and my in-depth looks at off-beat and/ or obscure items. GEEK CHORUS (channel logo at right) nicely covers all of that and more.

The Geek Chorus YT channel specializes in hilarious song parodies taking down the primly disapproving, humorless SJWs of modern-day Snitch/ Informant Culture. In addition they do clever songs regarding in-jokes about the Heroic Defenders of Freedom (HDFs) who courageously oppose the SJWs and their book-burning mentality.

The subjects of the songs may seem too “Inside Baseball” for overseas viewers who aren’t immersed in the nuances of our Culture Wars. Below is Geek Chorus’ rocking tribute to the irreverent and brilliant Ethan Van Sciver, sung to the tune of Viva Las Vegas. If you like it, the other 11 song parodies to date are found HERE