DRAGONS R BALL Z – The VIRGINIA UNIVERSITY OF LYNCHBURG DRAGONS out of the NCCAA (National Christian College Athletic Association) took on an opponent a Division higher yesterday. They traveled to face NCAA Division TWO’s FORT VALLEY STATE WILDCATS and seized a quick 10-0 1st Quarter lead. That remained unchanged by the Half, following which the Dragons outscored the Wildcats 21-14 to win the game 31-14.

KNOCKING OFF NUMBER ONE – The NAIA’s 6th ranked MARIAN UNIVERSITY KNIGHTS visited the number 1 team in the nation – the Defending Champion UNIVERSITY OF SAINT FRANCIS COUGARS. The Knights trailed 14-13 at Halftime but went on top of the Cougars 27-21 to end the 3rd Quarter. From there Marian University dominated the 4th for a 37-28 Upset victory.

NUMBER TWO TAKES A FALL – Meanwhile, over in NCAA Division Two, the CALIFORNIA UNIVERSITY OF PENNSYLVANIA VULCANS (as in the Roman god Vulcan) played host to the country’s 2nd ranked INDIANA UNIVERSITY IN PENNSYLVANIA CRIMSON HAWKS. The Vulcans were chasing the Crimson Hawks 14-7 in the 1st Quarter and 14-10 at the Half. From there Cal (PA) outscored IUP 26-10 to win it 36-24. END_OF_DOCUMENT_TOKEN_TO_BE_REPLACED

THE BOY WITH GREEN HAIR

More like The Boy With The Ham-Fisted Message if you’ve seen this flick.

THE PRISONER: HAMMER INTO ANVIL 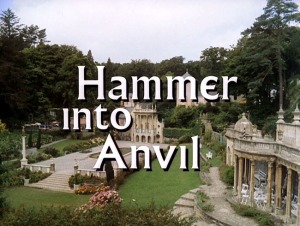 Episode Title: HAMMER INTO ANVIL … In the ongoing debate over the exact numbering of the 17 episodes of The Prisoner I place this one 4th from the last.

NOTE: The title of this episode does indeed come from the famous Goethe quote and refers to the intensely personal duel of wills between the Prisoner and this episode’s Number Two (Patrick Cargill).

Many readers have asked me to start SPOILING up-front if our hero or the Villagekeepers win the battle in the episode being reviewed. They said they’ve come to hate episodes where the malevolent Villagekeepers come out on top. That’s a great tribute to what effective villains they are and how the Prisoner has to overcome incredible odds for his scattered victories. Rest assured our protagonist unequivocally wins this round.

THE STORY: Amid a dramatically convenient thunderstorm this episode’s Number Two, the rotating series of executives who manage the prison-city called the Village, interrogates a female prisoner called Number Seventy-Three. Her wrists are still bandaged from her recent suicide attempt, an action she tried in order to escape captivity in the Village.

Number Two is sadistically enjoying his latest Head Game against the woman, who has been drugged to perceive him as a quasi-demonic figure. The villain seems close to breaking the woman to extract whatever information the Villagekeepers want from her. She begins screaming in terror. END_OF_DOCUMENT_TOKEN_TO_BE_REPLACED

COLLEGE FOOTBALL SCORES: GETTING A JUMP ON THE WEEKEND

A look at Thursday and Friday night’s action:

WE WENT TO A FOOTBALL GAME BUT A POLO MATCH BROKE OUT – A very Polo-like final score was the result in the clash between the MILLERSVILLE UNIVERSITY MARAUDERS and the visiting EAST STROUDSBURG WARRIORS. The Marauders trailed 10-2 in the 1st Quarter, a score which held up through Halftime. In the 3rd Millersville went on top 11-10, after which their defense stepped up big to preserve a one-point win by that same 11-10 tally.

NO GEORGE KENNEDY, NO PROBLEM – The URBANA UNIVERSITY BLUE KNIGHTS (no relation to the old tv show with George Kennedy) took it on the road against the UNIVERSITY OF CHARLESTON GOLDEN EAGLES. This game was a defensive epic with neither team scoring the entire 1st Half. In the 3rd Quarter the Blue Knights seized a 14-0 lead, then held on against a Golden Eagles rally in the 4th for a 20-14 victory.

FIGHTING THE GOOD FIGHT – Staying with the color blue but moving over to the NAIA, the LINDSEY WILSON COLLEGE BLUE RAIDERS valiantly traveled to face NCAA Division ONE’s PRESBYTERIAN COLLEGE BLUE HOSE. The Blue Raiders showed this team TWO DIVISIONS HIGHER than they are a real struggle. At the break the Blue Hose led Lindsey Wilson College by a mere 3-0 and only won it by a final score of 10-0. Kudos to the Blue Raiders! END_OF_DOCUMENT_TOKEN_TO_BE_REPLACED

I WANT TO SEE THIS ON THE BIG SCREEN! END_OF_DOCUMENT_TOKEN_TO_BE_REPLACED

President Trump has done more for the working class and the poor than any other president in decades. I will point out again that he combines elements of Franklin Delano Roosevelt, Theodore Roosevelt, Harry S Truman and John F Kennedy.

My favorite aspect of the Donald Trump presidency is the way he’s a de facto Third Party President battling both of our corrupt political parties, Democrats and Republicans.

Anyway, here’s the link to Babes for Trump plus some sample photos:

END_OF_DOCUMENT_TOKEN_TO_BE_REPLACED

Tagged as Babes for Trump, Both Democrats and Republicans are Criminals, Both Liberals and Conservatives Suck, Instagram, news, politics, President Donald Trump, Trump is a de facto Third Party President, Trump is the new FDR, WE NEED THIRD PARTIES

The URBANA UNIVERSITY BLUE KNIGHTS travel to face the UNIVERSITY OF CHARLESTON GOLDEN EAGLES    ###    And in another 7pm ET kickoff the MILLERSVILLE UNIVERSITY MARAUDERS host the EAST STROUDSBURG WARRIORS.

Every day that neither Jeb Bush nor Hillary Clinton are president is a beautiful day! Trump’s battle with America’s cesspool of corruption that masquerades as a government makes me more and more impressed with this unlikely hero. 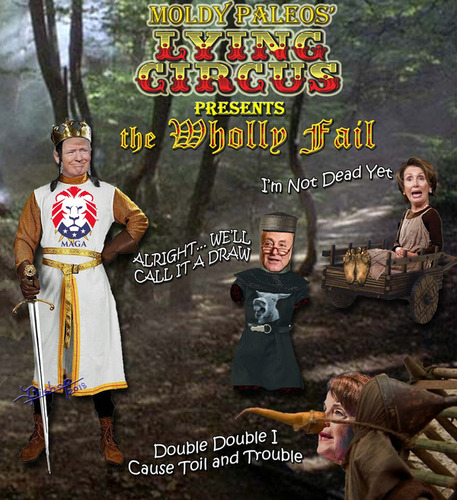 THE PRISONER: DO NOT FORSAKE ME …

DO NOT FORSAKE ME, OH MY DARLING – This is the third and final of the 3 episodes I would drop from this 17 episode series because they either do not serve the premise or don’t serve it well. I will synopsize the storyline, point out why I would drop it and add how I would change it.

NOTE: This episode’s title is so associated with the song of the same name from the western film High Noon that many people confuse this installment with Living in Harmony. Because of the storyline it is also frequently confused with the episode titled A Change of Mind.

At a meeting of co-conspirators of the Villagekeepers it is decided to have one of their agents out in the real world try to track down a missing scientist named Dr Seltzman. They reach this decision when they fail to crack a code which would lead them to their latest would-be captive.

The Villagekeepers demonstrate for this agent the Colonel (yes, a third “colonel” appears in the series) Dr Seltzman’s device for switching minds between two human subjects. They do not fully understand the process nor do they understand how to switch the minds back to their respective bodies afterward.

Our villains want to use the process to further their plans. It is decided that the Prisoner is the most qualified man to track down Seltzman due to his previous association with the man. But how to release him from the Village to undertake this mission without him contriving to give them the slip and go on the run again? END_OF_DOCUMENT_TOKEN_TO_BE_REPLACED

Based on the Glitternight Index: