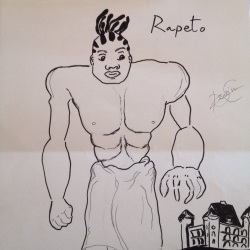 RAPETO – This gigantic deity falls into the global mythological category of “Divine Geographers” for his role in crafting and creating many landmarks throughout Madagascar. This makes him similar to Khong Lo in Vietnamese myths, Inugpasug in Inuit myths, Halmang in Korean myths and Moshiri in Ainu myths. A number of stories about the enormous Rapeto explain the origin of various geographical features throughout the land. His name was used to classify the Rapetosaurus, a dinosaur that used to inhabit Madagascar. END_OF_DOCUMENT_TOKEN_TO_BE_REPLACED 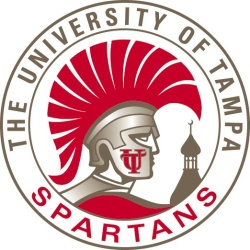 CHAMPIONSHIP GAME – The storied UNIVERSITY OF TAMPA SPARTANS took on the CATAWBA COLLEGE INDIANS for the D2 title. After 2 scoreless Innings the Indians took a 1-0 lead in the 3rd but the Spartans countered that with a 2-1 edge in the 4th. The University of Tampa shut out Catawba College the rest of the way while slamming in an insurance run in the 7th Inning. The Spartans won their 7th National Championship and their 2nd in the last 3 years by a final score of 3-1. Pitcher Michael Calkins went 9 Iron Man Innings for the win. * CONGRATULATIONS TO THE SPARTANS, THE 2015 CHAMPIONS OF D2 BASEBALL *   END_OF_DOCUMENT_TOKEN_TO_BE_REPLACED 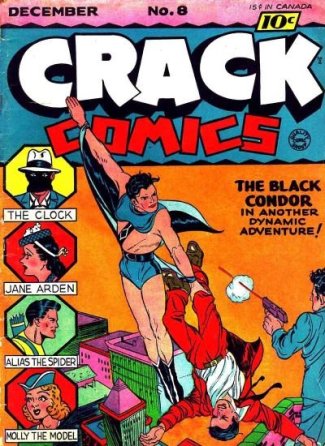 The Black Condor was too late with his attempt to use an innocent bystander as a human shield but luckily the gunman’s shot went wide.

CHAMPIONSHIP GAME – The 4 seeds – the LEWIS-CLARK STATE WARRIORS – did battle with the Cinderella 9 seeds – the SAINT THOMAS (FL) UNIVERSITY BOBCATS. The Bobcats looked like they might keep on dancing as they seized a quick 5-0 advantage in the 1st Inning. The Warriors cut that lead to 5-1 in the 3rd but Saint Thomas University stretched it back out to a 7-1 lead in the 5th. No one knew it at the time but that was the last run the Bobcats would score in the game. Lewis-Clark State put up 2 runs in the 6th Inning, 1 more in the 7th and after a lightning delay SIX more in the 8th. The Warriors won their 17th title in baseball and their 1st since 2009 by a score of 10-7. Cameron Pongs was the winning Pitcher. * CONGRATULATIONS TO THE WARRIORS, THE 2015 CHAMPIONS OF NAIA BASEBALL * END_OF_DOCUMENT_TOKEN_TO_BE_REPLACED

MALDOROR 4:1 – PRELUDE TO A PRIVATE ARMAGEDDON

Balladeer’s Blog resumes its examination of the macabre 1868 French language work The Songs of Maldoror. We are now at the 4th Canto, 1st Stanza.

PRELUDE TO A PRIVATE ARMAGEDDON 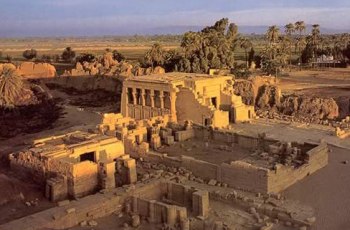 The supernatural being Maldoror has arrived at Dendera in Egypt. He is perforce surrounded by human beings and, given his loathing of humanity, he compares being among so many people to other unwholesome sensations. Among those: accidentally stepping on a frog and feeling it being crushed and smeared into the ground underfoot. Our narrator tells us he shivers with disgust at any contact with humans the way a dead shark’s heart continues to beat long after it is dead.

As usual Maldoror contradicts some of the information he has previously given readers about himself and claims that he stood in Dendera back when it was at its height in the 1st Century B.C. He disgustedly notes how swarms of wasps have inhabited so many of the corners and entrances of the ancient works of architecture. Their buzzing reminds him of the sound of his own sorrow when he ponders the perverse conduct of his archrival God.   END_OF_DOCUMENT_TOKEN_TO_BE_REPLACED 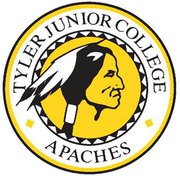 CHAMPIONSHIP GAME – The last two teams standing in this division’s World Series were the TYLER COLLEGE APACHES and the JOLIET COLLEGE WOLVES. After a scoreless 1st Inning the Apaches seized a 3-0 lead in the 2nd. That became a 4-2 lead in the 4th Inning, 7-6 in the 5th and 9-6 in the 6th. Tyler College added 1 more run in the 7th while the Wolves logged 3 of their own. That ended the scoring, however, and the Apaches won this game for the ages by a count of 10-9. Pitcher Drew Robertson got the win. * CONGRATULATIONS TO THE APACHES, THE 2015 CHAMPIONS OF NJCAA DIVISION THREE BASEBALL * END_OF_DOCUMENT_TOKEN_TO_BE_REPLACED 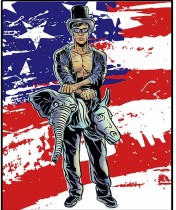 The Democratic and Republican Parties are two rival gangs of white-collar criminals who have hijacked the nation’s electoral system. Embracing either one of them is like championing one form of cancer over another.

These two “Royal Houses” have formed a separate class for themselves and laugh at the voters for meekly going along with the system the way the gangsters in Goodfellas laughed at law-abiding citizens as being “already dead.” END_OF_DOCUMENT_TOKEN_TO_BE_REPLACED