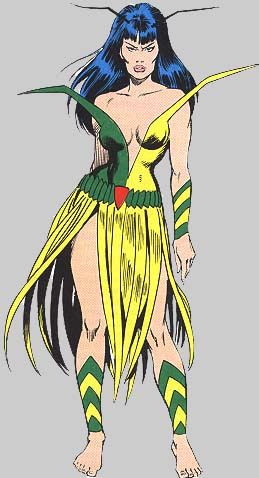 With the release of Marvel’s Guardians of the Galaxy Volume 2 last week and its introduction of the character Mantis to the Marvel Cinematic Universe I dove in for some research.

Luckily with the countless superhero web sites and the ready availability of archived collections of comic books from the 1970s and earlier it only took me til today to decide to take an extensive look at Mantis as she was originally presented in the pages of The Avengers – NOT the Guardians of the Galaxy – during what came to be called The Celestial Madonna Saga.

REASON ONE: I still have a soft spot for comic books because reading them as a kid served as a gateway to two of my adult passions: mythology and opera.

REASON TWO: I’m intrigued by the fact that so many of the stories brought to the screen by the Marvel Cinematic Universe and their related properties trace their original appearance to the 1970s like Mantis. 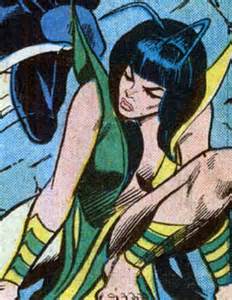 Hell, Gwen Stacy was killed by the Green Goblin around 1973. Magneto was ret-conned into his present personality in the 1970s. Adam Warlock got his Soul Gem, later ret-conned into one of the Infinity Stones. The Defenders debuted in that decade. Wolverine was also introduced in the 70s. Same with Luke Cage, Blade the Vampire Slayer, Iron Fist, Ghost Rider, Thanos, the Punisher. Even Howard the Duck. (Well, you can’t win them all.)

REASON THREE: I’m genuinely impressed with the way Marvel’s writers in the 1970s anticipated today’s slew of serialized sci-fi and horror series’ with their expert handling of prolonged narratives. Sometimes over YEARS! Seriously.

I have no idea if screen-writing classes offer specialized attention to the burgeoning superhero genre but the instructors could do worse than use a few archived Marvel comics stories from the 1970s to showcase proper pacing all the way from the early hints of a mystery through the final revelations and the resolution of the entire storyline. 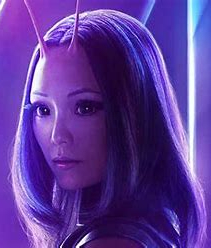 How Mantis looks in the movies.

REASON FOUR: Perhaps the ultimate example of those serialized storylines was Marvel’s ORIGINAL handling of Mantis, from her earliest appearances when she was simply a mysterious new Avenger on up to the Celestial Madonna storyline which ended with her leaving the scene for decades. I will not be covering any ret-cons to her character SINCE then, just her 1970s run.

REASON FIVE: That run for Mantis – and the slow revelation of facts about her – featured many of the characters and situations that are now prominent in Marvel’s Cinematic Universe.

Okay, in the next installment I will begin an issue by issue look at Mantis in the style of my examinations of neglected Epic Myths. Marvel’s figures are virtually pop culture deities now, and with the warm weather months always bringing a lot of superhero films, it’s a fitting time of year. FOR PART TWO CLICK HERE.