Balladeer’s Blog’s 2017 post about Revolutionary War Privateer Captain Jonathan Haraden has proven to be a very popular item. Here’s another neglected American Privateer cut from the same cloth. And for the Haraden post click HERE

CAPTAIN SILAS TALBOT – Even if he had never gone on to a career in Privateering, Talbot would still have been a fascinating figure from Revolutionary War history. On June 28th, 1775 Silas was commissioned as a Captain in a Rhode Island regiment and served in the military operations which ended with the British surrender of Boston in March of 1776.

During the New York campaign Talbot and a picked crew sailed a Fire Ship into the 64-gun British ship Asia. Under heavy fire from the Asia and with his own craft already burning, Silas was the last man overboard, suffering severe burns which left him temporarily blinded. Talbot was promoted to Major upon recovering and rejoining his unit. END_OF_DOCUMENT_TOKEN_TO_BE_REPLACED

With the 4th of July holiday fast approaching here’s a seasonal post: a look at New York’s 4 representatives at the Continental Congress who signed the Declaration of Independence. FOR ALL THE SIGNERS CLICK HERE

NEW YORK – 1. William Floyd – Prior to being sent to the 2nd Continental Congress in 1776 Floyd was a Militia General who, earlier in the year, had led New York troops in successfully driving off British forces in the Battle of Gardiner’s Bay on Long Island.

2. Francis Lewis – During the war his home was destroyed by the British who also dragged off his wife Elizabeth and imprisoned her. George Washington managed her release by having the wives of two wealthy Philadelphia Tories arrested, then exchanging them for Mrs Lewis.   END_OF_DOCUMENT_TOKEN_TO_BE_REPLACED

Author Michael Gingold has collected 450 movie ads for horror films of the 1980s.

The book – Ad Nauseum: Newsprint Nightmares from the 1980s – features more than just the ads of course. Gingold accompanies the ads with anecdotes about what it was like as a filmgoer in the 80s when there was no internet and newspaper ads were one of the major sources for upcoming horror flicks.

The book is available for pre-order END_OF_DOCUMENT_TOKEN_TO_BE_REPLACED

Democrats – including their media outlets – continue their descent into madness and fascism. (Remember the Democrat who opened fire on the Congressional baseball game.) To them our de facto Third Party President Donald Trump causes the end of the world multiple times a day and they have stepped up their mob attacks on everyone they disagree with.

*** This week a Democrat threatened to kill THE CHILDREN of a Congressional Rep. Why? … Because America does THE SAME THING CANADA DOES WITH FAMILIES WHO ENTER THEIR COUNTRY ILLEGALLY. And it was being done under Barack Obama and George W Bush, too, but Democrat house organs love to pretend Donald Trump is the Antichrist.

*** Democrats continue egging on their psychotic mobs with their talk of Nazis and Hitler. Especially the deranged and corrupt Maxine Waters.

*** A group of families who have experienced the deaths of loved ones because of illegal immigrants ASKED PRESIDENT TRUMP to sign pictures of their late loved ones for them. As virtually everybody does with celebrities and high-profile politicians regarding having them sign objects. The Democrat media dishonestly reported this as if Trump was “making it all about himself.”

Yes, DEMOCRAT MEDIA OUTLETS THAT CAN NEVER BE BOTHERED TO TALK TO THE ANGEL MOMS ABOUT THE CHILDREN THEY’VE LOST BECAUSE THEY’VE BEEN KILLED BY ILLEGAL IMMIGRANTS TOOK THE TIME TO DISTORT THEIR MEETING WITH A SITTING PRESIDENT.

*** No wonder the recent Rasmussen Poll showed that SEVENTY-TWO PERCENT OF AMERICANS BELIEVE NEWS SHOWS RUN WITH STORIES THEY KNOW ARE FALSE.  END_OF_DOCUMENT_TOKEN_TO_BE_REPLACED 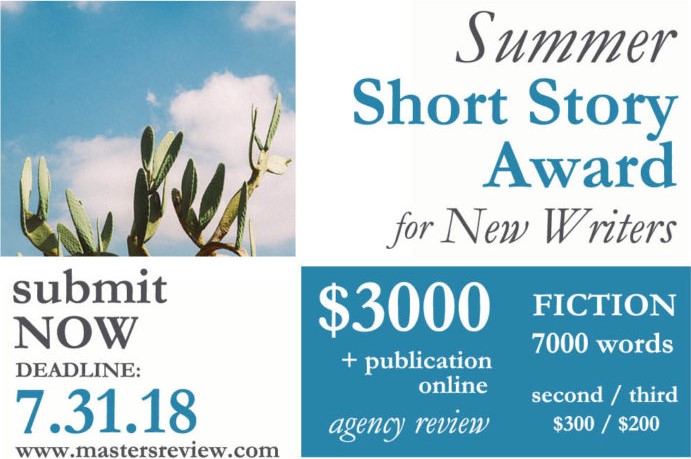 Our Summer Short Story Award for New Writers is open. The winning story will be awarded $3000 and publication online. Second and third place stories will be awarded publication and $300 and $200 respectively. All winners and honorable mentions will receive agency review by:

END_OF_DOCUMENT_TOKEN_TO_BE_REPLACED

Balladeer’s Blog’s recent look at The Gods of Fiji has been a hit! For another deity from Fiji here is Rokotavo, whom I also went ahead and added to the main article. For more than 20 other gods from Fiji see my blog post HERE

ROKOTAVO – This Fijian god of battle, though technically subordinate to the war deity Rokomoko, plays a much more active role in the myths.

Rokotavo is the general of Rokomoko’s troops, both godly and mortal. Waimoro and Mbau are the centers of worship for these two deities.   END_OF_DOCUMENT_TOKEN_TO_BE_REPLACED

I’m an Independent Voter after spending much of my life as a Democrat. I’ve long thought that one of the most racist elements of political discourse in America is the attitude that black people (and poor people and women and gay people, etc) HAD BETTER VOTE FOR DEMOCRATS!

I have loved all the African-American support for our de facto Third Party President Donald Trump but I have a hard time keeping up with all the figures of color speaking out in support of The Donald and/or against the Democrats’ pompous attitude of ownership toward black people.

Just because you Democrats owned them on your plantations does NOT mean you own them now, Lyndon Johnson’s horrifically racist remark notwithstanding. Anyway, here are two more of Balladeer’s Blog’s Martin Luther King People of Courage:

CARL JACKSON – Carl Jackson started out even more skeptical of Trump’s candidacy than I was back in 2015 but like him I’ve been more impressed with Donald almost daily.

COLION NOIR – Colion Noir scares the living crap out of Democrats by being – GASP – a black man who likes firearms! Imagine that! A man of color exercising his 2nd amendment rights. As Democrats would say “Before you know it they’ll be thinking they can decide for themselves which political candidates to vote for!”

And remember, I’ve never owned a gun in my life, but I don’t feel the need to stop other people from remaining armed. And let’s face it, with the deranged and fascistic behavior of Democrats toward anyone who disagrees with them (See the latest news stories about Democrat fascism) I don’t blame them for wanting to keep their guns. For Colion Noir’s personal channel click HERE

FRONTIERADO IS COMING UP ON FRIDAY, AUGUST 3rd!

The Frontierado Holiday is about the myth of the Old West, not the grinding reality. The Danites – the gunslinging Knights of the Mormon faith – are an underutilized and underappreciated element of Old West fiction.

The opportunities for action presented to a Danite could start as early as the 1838 Mormon War in Missouri. After that there’s the Illinois Mormon War in the 1840s which ended in the Siege of Nauvoo.

Following that conflict the Mormon Exodus to the West began, with “Deseret” (later called Utah) as the ultimate destination. Danites – like Christian Knights of long ago protecting Pilgrims headed for their “Holy Land” – safeguarded Mormon travelers from attacks by hooded anti-Mormon gangs, from armed outlaws and from various Native American tribes along the way.

In Deseret itself there were conflicts with Mexican raiders after the end of America’s war with Mexico (1846-1848). Danites would also be called upon to battle various Native American tribes in Deseret, in the role of oppressors rather than oppressed much of the time.

They would also fight Navajo armies to stop them from seizing Paiute Indians as slaves. (The anti-slavery aspect of Mormonism is often overlooked.) Plus the Danites faced the task of driving off armed bands of prospectors wanting the gold and other precious metals of the area.

There was also the Utah War with the Mormons fighting the United States Army from 1857-1858. On top of that add rumored armed conflicts among competing factions of Mormon leaders with the Danites caught in the middle like Mafia gunmen serving their respective “Dons” as it were. END_OF_DOCUMENT_TOKEN_TO_BE_REPLACED

Balladeer’s Blog’s recent look at The Gods of Fiji has been a hit! For another deity for the list here is Vakaleleyalo, whom I also went ahead and added to the main article. For more than 20 other gods from Fiji see my blog post HERE

VAKALELEYALO – One of the entities encountered by dead souls on their epic journey to Mbulu, the land of the dead. Also called Taveta and Thema this deity is often described as “the Charon of Fijian myths.”

As Charon ferried souls across the River Styx, so Vakaleleyalo was the canoe captain who would ferry the souls of the dead from the Rakiraki region across to Mbulu. END_OF_DOCUMENT_TOKEN_TO_BE_REPLACED

TRUMP-HATERS: ARE THEY INSANE OR ONLY PRETENDING TO BE?

First off, I’ll point out again that I think the Democrats (DemCorp) and Republicans (RepubCorp) are both gangs of white collar criminals. However, there is no shortage of outlets pointing out the faults of just the Republicans, even though Democrats are just as disgusting.

Democrats and other Trump-haters are in SERIOUS need of introspection and soul-searching, yet refuse to venture out of the pompous haze of self-infatuation that they wrap themselves in 24 hours a day. THEY are the 21st Century’s “Ugly Americans” who prance along oblivious to all of their faults while fancying themselves to be THE moral models for the rest of us.

Over the past year I’ve been making a point of emphasizing the way that so many of the negative aspects of our history were caused by Democrats and how they need knocked down a few pegs when they dare try to elevate themselves above the rest of the country and lecture us.

Democrats claim all of us bear guilt just for being Americans yet seem to think THEY can dismiss their political party’s role in slavery, Jim Crow, the Ku Klux Klan, the Japanese Internment, the Trail of Tears, etc. One way they do that is by saying “Hey, that was long ago. We’re better people now.” Well if that applies to Democrats it applies to the country as a whole, too.

We are long past the time when America’s pompous, pretentious asses called Democrats need to be called out on their ridiculous airs. Join me as I dare to blaspheme against the Democrats’ most sacred deities – Themselves:

*** GROW UP, ALREADY! YOUR PERCEPTIONS HAVE BECOME NOTHING MORE THAN WISH FULFILLMENT OR DELUSIONS TO STROKE YOUR OWN EGOS AND TELL YOURSELVES HOW WONDERFUL YOU CONSIDER YOURSELVES TO BE. (Over and over again, too, until you become unbearable. Then when you drive people away you despairingly moan how you think  everyone you know is becoming right-wing.)

*** YOU HAVE A SIMPLE-MINDED, COMIC BOOK-LEVEL WORLDVIEW IN WHICH LIFE IS A CHILDISH FANTASY ABOUT GOOD GUYS AND BAD GUYS WITH YOURSELVES CONSTANTLY PAINTED AS THE GOOD GUYS AND EVERYONE WHO DISAGREES WITH YOU AS THE BAD GUYS.

*** YOU INSIST ON CASTING ALL OTHER ADULTS AS SUPPORTING PLAYERS IN YOUR INCREASINGLY JUVENILE DRAMAS, WITH YOU AS THE CORRECT-THINKER SETTING STRAIGHT THE VILLAINS OF THE PIECE.

*** AND IT ISN’T JUST THAT YOU PERPETUAL CHILDREN CAST EVERYONE ELSE AS SUPPORTING PLAYERS IN THOSE DRAMAS, IT’S THAT YOUR LIMITED IMAGINATIONS CAN ONLY CONJURE UP SUCH FOURTH-RATE DRAMAS.

*** I AM TELLING YOU UNEQUIVOCALLY THAT MANY REPUBLICANS, OR RIGHT-WINGERS, OR INDEPENDENT VOTERS OR TRUMP SUPPORTERS REALLY ARE AS TOLERANT, INTELLIGENT AND COMPASSIONATE AS YOU EGOMANIACS ONLY THINK YOU ARE.

*** THE DOGMATIC ASSERTIONS THAT YOU TRY TO PUMMEL THE REST OF US WITH ARE NOT FACTS AND JUST BECAUSE YOU CAN SUMMON EQUALLY SMALL-MINDED PEOPLE (or maybe just sock puppets) WHO AGREE WITH YOU DOES NOT MAKE THEM FACTS. THEY ARE STILL NOTHING MORE THAN ASSERTIONS SHARED BY A CERTAIN NUMBER OF PEOPLE. END_OF_DOCUMENT_TOKEN_TO_BE_REPLACED

Tagged as American politics, Anti-Trump Hysteria, Both Democrats and Republicans are Criminals, Both Liberals and Conservatives Suck, politics, Trump haters are fascists, Trump is a de facto Third Party President, Trump is the new FDR, WE NEED THIRD PARTIES