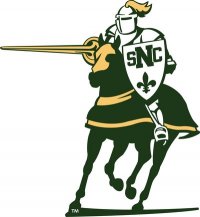 Special thanks to the soul-shatteringly beautiful Casey James who is as versatile as she is lovely! Not only is she Balladeer’s Blog’s Official Movie Hostess but for the Halloween Season she’s branching out to welcome readers to my look at forgotten Gothic horror stories of the 1800’s. Everybody remembers the big names like Dracula and Frankenstein but Casey and I want to introduce readers to some neglected gems of Gothic horror.

THE HORRORS OF OAKENDALE ABBEY (1797) – The author of this unjustly forgotten work is known only as “Mrs Carver” but is often speculated to be a man with the leading candidate being Sir Anthony Carlisle. The tale centers around the beautiful (of course) and strong-willed (ditto) Laura, a refugee from the Reign of Terror following the French Revolution.

When Laura is reluctant to accomodate the less-than-selfless motives of her British patron Lord Oakendale he has her and a devoted maid banished to the long-abandoned Oakendale Abbey. The Abbey is believed to be haunted, a reputation enhanced by the repeated disappearances of people who venture into its sinister interior. Shortly after arriving in the mysterious decaying building Laura discovers a END_OF_DOCUMENT_TOKEN_TO_BE_REPLACED

CONCORDIA (MI) RULES THE WORLD! – Every weekend during college football season finds at least one NAIA team pulling off an upset of teams from NCAA Division Two or even Division ONE. Yesterday the CONCORDIA (MI) CARDINALS played a neutral site game against Division ONE’s UMass-Lowell River Hawks. The Cardinals played like that other team from Ann Arbor and dismantled the River Hawks by a final score of FIFTY-EIGHT to NOTHING!

SAGU RULES THE WORLD, TOO! – And speaking of that NAIA college football tradition of upsetting teams from supposedly higher divisions, yesterday saw another such outcome. The SOUTHWESTERN ASSEMBLIES OF GOD UNIVERSITY LIONS welcomed NCAA Division TWO’s PANHANDLE STATE AGGIES and defeated them in a 42-35 Instant Classic that the SAGU faithful will be talking about for years.

NUMBER FOUR TAKES A FALL – The fourth-ranked team in the nation, the UNIVERSITY OF ST FRANCIS (IN) COUGARS, welcomed the NAIA’s unranked but 6-3 ROBERT MORRIS (IL) EAGLES yesterday. Despite being in their first few years of playing intercollegiate football the Eagles have performed very solidly year in and year out and yesterday saw another signature win for Robert Morris. The Eagles toppled the Cougars in a 28-24 game for the ages.

AND ANOTHER NUMBER FOUR TAKES A FALL – Meanwhile over in the NCAA Division Two rankings, another number four team found themselves upset, and this one also fell in their own house. The 10th-ranked PITTSBURG (KS) STATE UNIVERSITY GORILLAS were taking on the number 4 MISSOURI WESTERN GRIFFONS in a clash between MIAA rivals. The Gorillas asserted their authority with a END_OF_DOCUMENT_TOKEN_TO_BE_REPLACED

The first episode of the hot new cable series Twenty-First Century Golem premiered last night. For the uninitiated the Golem is a clay monster from Jewish folklore created by a Rabbi to protect the Jewish people from their oppressors. Most Golem stories are set hundreds of years ago but this new show, from the director of the hit action movie The Burqa, is set here in the year 2013.

This Golem is created in Israel to protect Israeli civilians from mad dog Hamas terrorists. The Hamas butchers are targeting Israeli children and gleefully whooping as their fragile young bodies are blown to bloody pieces. The Golem wades into their END_OF_DOCUMENT_TOKEN_TO_BE_REPLACED

Four baseball professionals who played their college ball at institutions covered by Balladeer’s Blog are in the World Series.

The Cardinals have one of them – Rob Johnson, formerly of the SADDLEBACK COLLEGE GAUCHOS. The Red Sox have the other three – Jonny Gomes from the SANTA ROSA COLLEGE BEAR CUBS, Quinton Berry from the GROSSMONT COLLEGE GRIFFINS and Daniel Nava from the END_OF_DOCUMENT_TOKEN_TO_BE_REPLACED

Regular readers of Balladeer’s Blog are familiar with my contempt for American Liberals and American Conservatives. Barack Obama is a repulsive left-wing demagogue who spouts nothing but mindless Liberal gibberish no matter how much it conflicts with reality. This is similar to the equally repulsive Ronald Reagan who was a right-wing demagogue who spouted nothing but mindless Conservative gibberish no matter how much it conflicted with reality.

At any rate a fellow blogger – who is unfortunately unemployed and therefore the type of person that the oily and sleazy Little Barry pretended would be helped by Obamacare – recently wrote about his own frustrations with the faulty website and the ill-considered Catch 22’s of this disastrous piece of legislation. I will say again that Obamacare is NOT in any way similar to Franklin Roosevelt’s introduction of Social Security, a program I support. Obamacare is a disaster that everyone of all political persuasions tend to oppose, but the media continues to act as if only right-wing people oppose it.

Here is a link to the END_OF_DOCUMENT_TOKEN_TO_BE_REPLACED

Comment: How has this character NOT been the subject of multiple movies by this point? You’d think that Marvel would have learned long ago not to END_OF_DOCUMENT_TOKEN_TO_BE_REPLACED 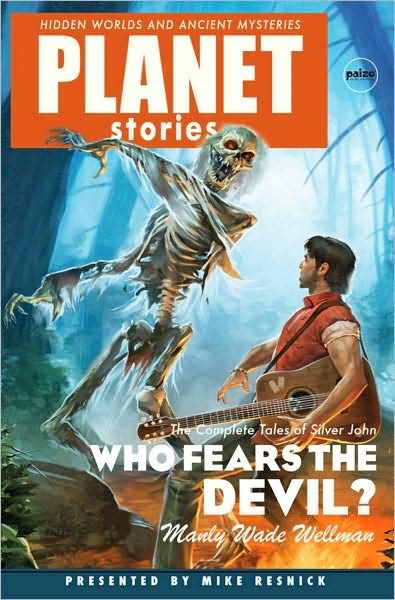 My month-long celebration of Halloween continues! Regular readers of Balladeer’s Blog will recognize Manly Wade Wellman’s Silver John from my Pulp Heroes page. Silver John, so- named because of the silver strings on his guitar and the silver coins he carried in his pockets, roamed the Appalachian Mountains decades ago combating dark supernatural menaces. On my Pulp Heroes page I’ve done a synopsis for each of the short stories featuring this neglected character, but this post will simply list the four tales most appropriate for Halloween.

4. THE LITTLE BLACK TRAIN – While performing with other musicians at a wealthy Southern Belle’s outdoor celebration Silver John finds himself trying to save his alluring but wicked hostess from losing her life to a ghostly train. That pitch- black train with coffin- shaped boxcars runs only at midnight on just one night a year to run down and take the life of a END_OF_DOCUMENT_TOKEN_TO_BE_REPLACED

BACONE RULES THE WORLD YET AGAIN! – Regular readers of Balladeer’s Blog will remember that each week of every college football season brings us at least one NAIA college football team upsetting a team from NCAA Division Two. (No NCAA Division 3 teams do that) The BACONE COLLEGE WARRIORS are one of the NAIA teams that accomplish this task on a fairly regular basis and yesterday they did it again, trouncing D2’s visiting PANHANDLE STATE AGGIES 47-9.

TOP 25 UPSETS – NCAA DIVISION TWO – The number 21 MIDWESTERN STATE UNIVERSITY MUSTANGS hosted the 7th ranked WEST ALABAMA TIGERS and crushed them 45-21   ###   Meanwhile the LENOIR-RHYNE UNIVERSITY BEARS smacked around the visiting number 23 NEWBERRY WOLVES to the tune of 35-14   ###   And the EDINBORO UNIVERSITY FIGHTING SCOTS knocked the homestanding 25th ranked IUP CRIMSON HAWKS out of the rankings in a 36-30 nailbiter.