NATIONAL CHAMPIONSHIP GAME – Last night the Defending National Champions – the EAST MISSISSIPPI COLLEGE LIONS – took on the 2016 Champions – the GARDEN CITY COLLEGE BRONCBUSTERS – for the 2018 title. Defense was the name of the game, with the Lions on top just 3-0 in the 1st Quarter and 10-0 at Halftime. END_OF_DOCUMENT_TOKEN_TO_BE_REPLACED

Balladeer’s Blog’s Give Them A Shoutout Before They’re Dead returns with a shoutout to the very old Paul Simon with his song Mother and Child Reunion. This goes out to two very special ladies.

Tagged as Balladeer's Blog, blogging, Give Them A Shoutout Before They're Dead, glitternight.com, Mother and Child Reunion, music, opinion, Paul Simon

Continuing with the Christmas Season here’s the 2nd adventure of the very FIRST superhero team in history: DC’s JUSTICE SOCIETY OF AMERICA. It’s some Kid-Friendly Holiday Fun here at Balladeer’s Blog. FOR PART ONE CLICK HERE

Title: FOR AMERICA AND DEMOCRACY

Synopsis: Summoned to Washington, DC by FBI Director J Edgar Hoover, the Justice Society of America is told about a secret Axis organization operating inside the United States despite America still being neutral in the Second World War then raging. That secret organization – the Grey Shirts – are carrying out covert sabotage operations across the nation. END_OF_DOCUMENT_TOKEN_TO_BE_REPLACED

TRANSGRESS WITH ME: NOVEMBER 29th

Yes, it is time once again for another round of Transgress With Me here at Balladeer’s Blog.

** IT’S TIME TO CALL FOR THE PRIVILEGED WHITE ONE PERCENTERS OF HOLLYWOOD AND SILICON VALLEY TO LIVE UP TO THEIR SELF-RIGHTEOUS PREENING AND DONATE ALL BUT TWO MILLION DOLLARS OF THEIR OWN FORTUNES TO FINANCE THE ILLEGAL IMMIGRANTS THEY PRETEND TO CARE ABOUT.

** AS A FOLLOWUP, THIS SHOULD BE DEMANDED OF THOSE SHALLOW POSEURS EVERY TIME THEY PRESUME TO LECTURE THE REST OF THE COUNTRY.

** AN OLD SAYING GOES THAT “THE DISSENTING OPINIONS OF ONE GENERATION BECOME THE PREVAILING VIEWS OF THE NEXT.” THAT IS NO LONGER TRUE SINCE DEMOCRATS INTOLERANTLY TRY TO PRESERVE THEIR EVERY POLITICAL WHIM BY SETTING THEM IN STONE AND DECLARING IT “HATE SPEECH” TO QUESTION THEM.

** THE SUPPOSEDLY “INTOLERANT” DEAD WHITE MALES OF THE PAST RECOGNIZED WHAT THE FASCISTIC POLITICAL LEFT DENIES – THAT FUTURE GENERATIONS SHOULD HAVE THE FREEDOM TO AMEND THE LAWS ACCORDING TO EVOLVING PHILOSOPHIES AND ATTITUDES. INSTEAD THE LEFT INSISTS THEY HAVE “THE ONE TRUE WORLD VIEW” AND THAT THEIR NARROW-MINDED VALUES ARE ENTIRELY AND ETERNALLY “RIGHT.” NOW AND FOREVER.

** TO SET AN EXAMPLE FOR THE REST OF THE COUNTRY HOLLYWOOD SHOULD IMMEDIATELY SWITCH TO A SOCIALIST SYSTEM IN WHICH ALL THE MONEY MADE IS DISTRIBUTED EVENLY AND NO POSITION EARNS MORE THAN ANY OTHER POSITION. ALL THEIR MANSIONS ARE TO BE USED AS HOUSING FOR THE POOR, TOO. END_OF_DOCUMENT_TOKEN_TO_BE_REPLACED

Tagged as Both Democrats and Republicans are Criminals, Both Liberals and Conservatives Suck, Neglected history, opinion, politics, Transgress With Me, Trump is a de facto Third Party President, WE NEED THIRD PARTIES

Filed under A CHRISTMAS CAROL, Bad and weird movies 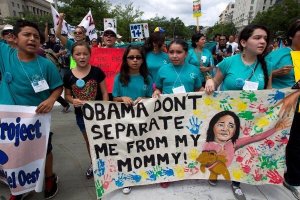 If anyone in the world is still wondering why Fake News is what everybody except Democrats call America’s media then this is another flagrant example. Just like the Democrats’ media outlets tried blaming de facto Third Party President Donald Trump for the family separation policy that OBAMA AND GEORGE W BUSH had followed at our southern border they are playing the same game with the tear gas incident.

With their typical selective outrage and outright lies the anti-Trump fascists are claiming that Border Enforcement’s use of tear gas was “unprecedented.” Wrong again. Or, more accurately, they’re LYING again.

Barack Obama’s Border Enforcement men used tear-gas on illegals – including women and children – TWENTY-SIX TIMES in 2012, TWENTY-SEVEN TIMES in 2013 and 3 more times in 2016. In addition, Obama’s men used pepper spray on illegals of all ages and genders ONE HUNDRED FIFTY ONE TIMES.

I will say again – President Trump gets gifted with more and more loyalty and support every time the Democrats in the media flagrantly lie and lie and lie like this.

IF YOU’RE ONLY A CASUAL OBSERVER OF THE AMERICAN POLITICAL SCENE YOU CAN’T GO WRONG BY JUST ASSUMING THAT THE CORPORATE MEDIA’S CRITICISM OF PRESIDENT TRUMP IS ALWAYS MISINFORMATION. ALWAYS DIG DEEPER. 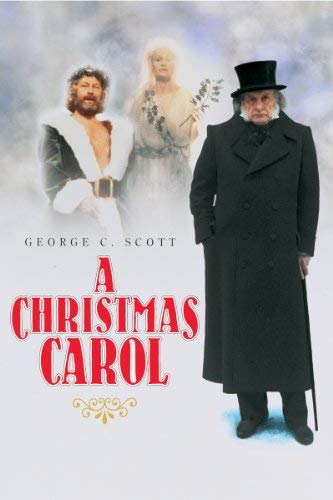 Balladeer’s Blog’s 9th Annual Christmas Carol-A-Thon continues with this take on one of the perennial staples of Christmastime viewing. Readers are often surprised that I haven’t reviewed this one even though it’s one of my favorites. No special reason, it’s just that so many excellent reviews have already covered this Carol that I wanted to hit the more obscure versions first.

A CHRISTMAS CAROL (1984) – Let me kick off this review with my old, overused joke about wanting to hear George C Scott holler “Dickens, you magnificent bastard … I READ YER BOOOOOOOOK!”

My only complaints about this undeniable classic would be 1) the way it’s one of those Carols which unnecessarily add extra tension to the relationship between Scrooge and his father  and 2) unnecessary magnification of why the poor and unemployed are sad at Christmas. Dickens put it poetically. This adaptation belabors it.

Moving on to the performances:

SCROOGE – Be thankful that George C Scott toned down his George C Scottishness for this role. If you’ve seen him as Fagan in the 1982 adaptation of Oliver Twist you know what a bullet this Christmas Carol dodged. (“When you put your hand into a pile of goo that a minute ago was the Artful Dodger’s face … You’ll know what to do.” That’s the last time I’ll do that. I promise.)  END_OF_DOCUMENT_TOKEN_TO_BE_REPLACED

The Democrats at the Boston Globe and the Washington Post recently spewed more venom at the way in which de facto Third Party President Donald Trump has attracted so many African-American voters. Rasmussen and other polls have had Trump’s support among voters of color as high as 40-plus percent, an ASTRONOMICAL number for any Republican not named Abraham Lincoln.

Naturally that’s because President Trump is not a real Republican – the Republican trash in the Bush Family and at National Review never get tired of pointing that out. Since I despise both the Democrats AND the Republicans I LOVE the way that the Donald has been rocking the boat and championing the working class and the poor of all colors. The people abandoned by both major parties.

At any rate the pompous Democrat Supremacists at the Boston Globe and Washington Post are even blaming President Trump for the way that Republican candidates that he campaigned for got much higher percentages of the African-American vote than Republicans normally get. In various races the higher support from voters of color gave the (R) victory over the Democrat!

JOHN GRIN’S CHRISTMAS (1986) – The 2018 edition of Balladeer’s Blog’s Annual Christmas Carol-A-Thon continues with this obscure item from the 1980s. My copy of John Grin’s Christmas was already barely watchable when I first tracked it down and it looks worse and worse each time I watch it. Still no DVD release, though, so I’ve decided to give up hoping for a clearer copy and will just review it as is.

Renaissance Man Robert Guillaume directed and stars as the Ebenezer Scrooge stand-in John Grin, our title craftsman who makes a variety of collectibles. Many sources claim he only makes toys but that is not true, it’s just that as Christmas approaches most of his sales are toys. And, since the story is set around Christmas time … END_OF_DOCUMENT_TOKEN_TO_BE_REPLACED

MARK HAMILL AND DEMOCRAT DEHUMANIZATION OF ANYONE WHO DISAGREES WITH THEM

Mark “Got Milk?” Hamill recently expressed a sentiment that was simple-minded and bigoted even for a straight white male one percenter. That sentiment endorsed the notion that only women should hold positions of power. So here’s some of the people that the delicate child Hamill is suggesting should run things:

I don’t think anyone would seriously dispute that what Li’l Mark really means is that he wants only DEMOCRAT women to run things. Women who don’t mindlessly obey white Democrat males like Hamill, Rob Reiner, Michael Moore and others aren’t “real” women to fascist demagogues like Mark.

Like all other Democrats, Mark denies the personhood, erases the very humanity, of anyone and everyone who is not a robotic adherent to Democrat dogma. Surely you’ve noticed the same bigoted and callous way that Democrats insult people of color who don’t obey their political party. Or gay people who dare to think for themselves and refuse to conform to what Democrats feel should be a gay person’s political affiliation.

You’ll never see self-adoring, virtue-signaling Leftist demagogues doing photo ops with Muslims who came to America to GET AWAY from the suffocating oppression of the Muslim World and the endless wars which Muslim groups have been waging against each other for over a thousand years.

You will NEVER see the Democrats’ media outlets giving air-time to Muslims who want to say “The West is not our enemy” or “Actually I find it fascinating to interact with so many non-Muslims. It’s really opened my mind.” and ESPECIALLY not “I came to America so my daughters can have more freedoms and pursue their own dreams.”

The latest worn-out expression from the gutless zombies of American Liberalism or “Libero-fascism” is Western Triumphalism. Any and all Muslims who DON’T hate America or other Western nations get dismissed by the left-wing parties as Western Triumphalists who have “internalized Western Oppression.”

As always with the unthinking robots of the political left, members of ANY group they decide belongs to them can NOT be “the authentic voices” of that group UNLESS they show unquestioning allegiance to the Democrats (U.S.) or Labour Party (U.K.).     END_OF_DOCUMENT_TOKEN_TO_BE_REPLACED