BLUE SATURDAY – The LINDSEY WILSON COLLEGE BLUE RAIDERS took it on the road against the KANSAS WESLEYAN UNIVERSITY COYOTES. The Blue Raiders went up 7-0 in the 1st Quarter and made that a 21-10 lead by Halftime. The Coyotes pulled to within 28-24 to end the 3rd Quarter before Lindsey Wilson College won it 35-24 in the 4th.

GRAND VICTORY – The GRAND VIEW UNIVERSITY VIKINGS welcomed the COLLEGE OF IDAHO YOTES in this 2nd Round game. A 3-0 1st Quarter edge for the Yotes became a 14-3 Vikings lead at the Half. The defenses dominated the 2nd Half with the College of Idaho’s 3rd Quarter Field Goal the only points scored. Grand View University notched a 14-6 victory.

SHUTOUT – The MARIAN UNIVERSITY KNIGHTS played host to the UNIVERSITY OF THE CUMBERLANDS PATRIOTS. The Knights achieved defensive perfection, leading the Patriots 6-0 in the 1st Quarter and 16-0 at the break on their way to a 30-0 shutout of their opponents. END_OF_DOCUMENT_TOKEN_TO_BE_REPLACED

HARRIET, THE WOMAN CALLED MOSES – This opera, with music and libretto by Scottish composer Thea Musgrave, was first performed March 1st, 1985 at the Virginia Opera in Norfolk, VA. The conductor was Musgrave’s husband Peter Mark.

Regular readers of Balladeer’s Blog will remember my articles about Thea Musgrave’s 1979 opera version of A Christmas Carol. I consider Musgrave one of the few genuine giants of opera from the late 20th Century. (Yes, I’m so boring I’m even into opera.)

Of Republican Harriet Tubman, the famed former slave who worked with the Underground Railroad to lead other slaves to freedom, Musgrave said “Harriet is every woman who dared to defy injustice and tyranny. She is Joan of Arc, she is Susan B Anthony, she is Anne Frank, she is Mother Teresa.”

Harriet, The Woman Called Moses is a two-act opera which uses a non-linear narrative structure, jumping back and forth in time while highlighting powerful episodes in Tubman’s life. A chorus representing slaves remains on stage for the entire performance. END_OF_DOCUMENT_TOKEN_TO_BE_REPLACED

A FANTASTICAL EXCURSION INTO THE PLANETS (1839): ANCIENT SCIENCE FICTION

A FANTASTICAL EXCURSION INTO THE PLANETS (1839) – Written by an unknown author. The anonymous narrator of this novel is taken on a visit to assorted planets and other celestial bodies. The figure who transports him is a winged, rainbow-colored sprite whose face and body constantly change slightly, allowing no lasting impression to be made out.

MERCURY – The narrator discovers Mercury to be a sunny but not scorching planet of pleasantly aromatic meadows and trees. The inhabitants are beautiful, angelic creatures of indeterminate gender whose light-weight bodies permit them to virtually float around like feathers.

These beings devote all their time to frolicking, singing and making music on other-worldly stringed and wind instruments that the narrator compares to lyres and flutes. The closest thing to actual labor that the Mercurians do is to cultivate flowers then weave them into chaplets and garlands with which to adorn themselves.

VENUS – Next our narrator and his winged guide visit Venus. This planet is covered with roses, myrtles, amaranths and asphodels plus alien flowers flaunting colors unknown on Earth. The flatlands are all covered in short green grass which smells of lilies and violets. END_OF_DOCUMENT_TOKEN_TO_BE_REPLACED

If it’s the Friday after Thanksgiving then that means it’s the start of this year’s Christmas Carol-A-Thon! This is the TENTH Annual edition. Between now and Christmas Day Balladeer’s Blog will examine multiple versions of A Christmas Carol, both new reviews AND old favorites mixed in.

A CHRISTMAS CAROL (2006) – This computer-animation version of the Dickens classic was produced by BKN and distributed by Genius Entertainment, Kidtoon Films and Image Entertainment. Ric Machin directed. The 48 minute film had a brief theatrical run in November of 2006 before being released on home video.

If you’re in the mood for a shallow, “just going through the motions” rendition of A Christmas Carol then THIS is the version for you! The target audience seems to have been very, very young children so all strong emotional content has been removed, leaving the shell of the actual story.

The computer animation, though dated by 2019 standards, was very good for 2006 and probably delighted children. Anthropomorphic animals play the characters, with skunks as Ebenezer Scrooge and his nephew Fred, rabbits as Bob Cratchit and his family, an anteater as Jacob Marley and so on.

J.J. is thankful that there are still plenty of successful movie and television franchises left for him to tamper with and utterly destroy.

Sharyl Attkisson, the Ida Tarbell of the 21st Century, weighed in with some more clarity in the midst of all the bizarre anti-Trump fascism coming from the Democrats. On social media she posted a reminder that even the Democrats at Politico had run an article about Hillary Clinton’s 2016 campaign colluding with Ukraine against Trump’s presidential campaign.

One of the strangest phenoms the last few days is those who insist Russia not Ukraine interfered in our elections, as if it’s impossible to be both (?) One succinct article documents it quite well, has firsthand accounts, and has never been “discredited.” https://www.politico.com/story/2017/01/ukraine-sabotage-trump-backfire-233446 …

And for a Politico video (link below) about all this, titled “UKRAINIAN EFFORTS TO SABOTAGE TRUMP BACKFIRE” with a sub-heading “Kiev officials are scrambling to make amends with the president-elect after quietly working to boost Clinton.”

END_OF_DOCUMENT_TOKEN_TO_BE_REPLACED 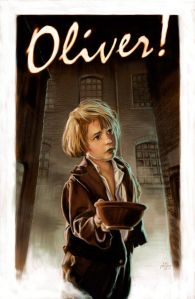 It’s that time of year again! Just a note in the spirit of the holiday season to mention my favorite Thanksgiving Eve movie.

Every Wednesday before Thanksgiving I make a point out of watching the musical Oliver!

I know the musical sentimentalizes  several characters that Dickens portrayed in a sinister way in the book (especially Fagan and The Artful Dodger) but the finished product has always seemed very holidayish to me. END_OF_DOCUMENT_TOKEN_TO_BE_REPLACED

NOTE: Killraven meets the time-traveling Spider-Man in this story. Team-up titles, like Marvel Two-In-One and Marvel Team-Up or DC’s The Brave and the Bold were often considered non-canonical by comic book fans.

The purpose of such team-up books was largely promotional. A superstar of the respective publishing company – Spider-Man for Marvel Team-Up, the Thing for Marvel Two-In-One and Batman for The Brave and the Bold – would star in an often half-assed story. The high-profile character’s fame would, it was hoped, put more eyes on the less popular figure they were being teamed up with and increase that less popular figure’s sales.

Another purpose was to retain copyrights on characters in Marvel or DC’s vast, increasingly overpopulated shared universes. A long unused figure not popular enough to carry their own comic book could be used in a one-shot team-up story, thus satisfying copyright law without the expense of trying to use the superhero in another failed title of their own.

Synopsis: August, 43 years in the future. The story is set in the war-torn No Man’s Land on the outskirts of New York City. This of course makes no sense since Killraven and his Freemen were at this point in America’s Deep South. (KR even refers to recent events so you can’t say this tale is set during the 3 years when Killraven and his rebel group were headquartered on Staten Island.)

Again, this reflects the “who cares about continuity” nature of many such team-up titles.

REVISION: That’s why I would have this story set in Troy, Alabama, with the Freemen still lost and wandering through the biologically mutated jungle which now covers much of the American southeast.

Back to the unrevised story: Spider-Man is using Reed Richards’ copy of Dr Doom’s time machine to leave 1600s Salem, where he and assorted guest-stars had just had an adventure.

Saddened that he could not save the victims of the Salem Witch Trials (well, duh), Spidey morosely tries to return to his own time, only to overshoot his mark and wind up in the New York of Killraven’s future. In that future, Earth is being ruled by its alien conquerors, Martians in the original story but Zetans in my revisions.       END_OF_DOCUMENT_TOKEN_TO_BE_REPLACED 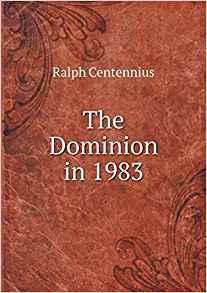 THE DOMINION IN 1983 (1883) – Written by “Ralph Centennius,” the presumed pseudonym of an unknown author.

Oh, Canada! Our neighbors to the north hopped on the speculative science fiction bandwagon with this short story. The premise is that the author is looking back at the 100 years of Canadian “history” from 1883 to 1983.

In futuristic 1983 the population of Canada is 93 million, there are 15 provinces and the country is a model for the world in terms of peace, learning, arts and sciences. We readers are told that there was a period around 1885 when many Canadians supported the idea of Canada becoming part of the United States, but this movement faded after losing at the ballot box.

Canadian technology leads the world, with rocketships that can fly at a mile per second and electric automobiles for ground transport. Electricity is the predominant energy source, and Electropolis, the first all-electric city, was recently completed. END_OF_DOCUMENT_TOKEN_TO_BE_REPLACED

Here at Independent Voter Site Balladeer’s Blog I’ve made no secret of the fact that I feel neither Bill Clinton nor Donald Trump deserved impeachment. The Democrats’ Kafkaesque distortion of all previous impeachment procedures is alienating Independent Voters, as is their ridiculous reliance on nothing but HEARSAY against de facto Third Party President Donald Trump.

Even though the Democrats’ many media outlets shrilly insist President Trump is doomed (just like they told us during their absurd Russian Collusion fantasy and the Mueller Investigation) the latest Emerson Poll as well as polling information exclusive to the Democrats at Politico and at Vanity Fair show that the all-important Independent Voters (like yours truly) see through the Democrats’ fascist abuses and plan to vote for Trump again anyway.

The Vanity Fair article was even headlined “‘It Is Hard to Read This as Anything but a Warning’: New Polling Suggests Democrats’ Impeachment Push Could Alienate Key Voters.”

The article (link below) read in part “Data exclusive to Vanity Fair shows impeachment could be a losing issue for Democrats hoping to recruit Independents in 2020. ‘Lots of people who don’t like Trump who are still prepared to vote for him,’ says one political science expert” and “Independents are also one of the keys, if not the key, to the 2020 elections.”

Two factors cited by the article: “The first is that, in their view, impeachment distracts from issues they care about. The second factor is the view among Independents that impeachment reflects the agenda of the political establishment and the media.” Also, per Ken Stern, that it’s “a continuation of the partisan bickering and media excess that began even before his inauguration.”