KANSAS COLLEGIATE ATHLETIC CONFERENCE – The 3rd seeded BETHANY COLLEGE SWEDES took on the 6th seeded OTTAWA (KS) UNIVERSITY BRAVES in Quarterfinal action yesterday and won a thrilling 92-86 game   ###   In a 5 seed over 4 seed upset the TABOR COLLEGE BLUE JAYS toppled the UNIVERSITY OF SAINT MARY SPIRES by a final score of 74-68   ###   Meanwhile the top seeded FRIENDS UNIVERSITY FALCONS got more than they bargained for from the 8th seeded SOUTHWESTERN COLLEGE MOUNDBUILDERS but escaped with a 55-52 win   ###   And in the 2 spot the STERLING COLLEGE WARRIORS comfortably slapped down the 7th seeded MCPHERSON COLLEGE BULLDOGS to the tune of 82-68.

THE SUN CONFERENCE – The opening round of the 2014 Sun Conference Tournament got underway yesterday. The AVE MARIA UNIVERSITY GYRENES came into the tourney as the 8 seeds and battled the 9th seeded FLORIDA MEMORIAL UNIVERSITY LIONS. The Gyrenes smoked the Lions all through the First Half and led by an unbelievable score of 32-18 at the break. The Lions outscored Ave Maria University in the Second Half but couldn’t overcome their poor play from earlier. The final score was Gyrenes 68  Lions 56.   ###   The 7 seeds, the WEBBER INTERNATIONAL UNIVERSITY WARRIORS, faced the 10th seeded END_OF_DOCUMENT_TOKEN_TO_BE_REPLACED

SEDNA REBORN AS THE SEA GODDESS

Anguta, the god of Pugtulik Island in the Inuit pantheon of deities had had it with his daughter Sedna. Originally he had shown patience with her since she had not yet reached her apotheosis, had not yet manifested her true level of godly power or given evidence of what aspects of the world she was destined to control.

Enough was enough, however. First she had refused all suitors, dismissing gods and heroes alike when they had tried to court her and thus embarrassing him and his wife Isarrataitsoq. Magnifying that insult she had taken to END_OF_DOCUMENT_TOKEN_TO_BE_REPLACED

CHICAGOLAND COLLEGIATE ATHLETIC CONFERENCE – The CARDINAL STRITCH UNIVERSITY WOLVES, the defending national champions of NAIA2 basketball, had a bye in the 1st Round of the CCAC tournament. Last night they took the floor for the first time this postseason against the CALUMET COLLEGE CRIMSON WAVE and used a 20-2 run to help convert a 42-39 Halftime lead into a 76-59 victory.   ###   The ST XAVIER UNIVERSITY COUGARS got off to a 16-0 start enroute to an 84-61 win over the ST FRANCIS (IL) FIGHTING SAINTS   ###   Meanwhile the ROBERT MORRIS (IL) EAGLES used an 11-3 run in the final minutes to defeat the HOLY CROSS COLLEGE SAINTS 78-70   ###   And the ROOSEVELT UNIVERSITY LAKERS and the OLIVET NAZARENE UNIVERSITY TIGERS were tied up at 72-72 when Regulation ended. In Overtime the Lakers pulled off the upset by a final score of 88-84.

CROSSROADS LEAGUE – The GRACE COLLEGE LANCERS pulled off one of the big upsets of the opening night for the Crossroads League Tournament. The Lancers – Rachel Laird’s favorite team in the Crossroads League – were the 6 seeds but toppled the 3rd seeded HUNTINGTON UNIVERSITY FORESTERS in a 56-54 defensive epic.   ###   For their part the SPRING ARBOR UNIVERSITY COUGARS were the stars of the other shocker from this conference last night. The 7th seeded Cougars dispatched the 2nd seeded ST FRANCIS (IN) COUGARS in a 63-55 affair.   ###   The 4th seeded BETHEL COLLEGE (IN) PILOTS (riverboat pilots) had no problem taking care of business and defeated the visiting 5 seeds, the MARIAN UNIVERSITY KNIGHTS by a score of 67-52   ###   And in the top spot the END_OF_DOCUMENT_TOKEN_TO_BE_REPLACED

Munume – The weather god of the Banyoro people of Bunyoro. He was invoked in time of drought or conversely when there was too much rain. The END_OF_DOCUMENT_TOKEN_TO_BE_REPLACED

February Frenzy continues as the NAIA’s Kentucky Intercollegiate Athletic Conference joined in the fun last night by tipping off their conference tournament.

The top-seeded INDIANA UNIVERSITY SOUTHEAST GRENADIERS got more than they bargained for from their First Round opponents the 8th seeded POINT PARK UNIVERSITY PIONEERS. The game’s Halftime tie of 42-42 off a 3-point buzzer beater from the Pioneers was just one of 12 ties and 19 lead changes throughout the game. Both teams stayed within 4 points of each other for virtually all of the 2nd Half until clutch Free-Throws from the Grenadiers at last gave them a 99-94 victory. For IUS Cameron Mitchell led the scoring with 22 points followed closely by Aishon White with 21 and Jake Simpson with 20. In defeat Gabe McNeal notched 30 points for the Pioneers. 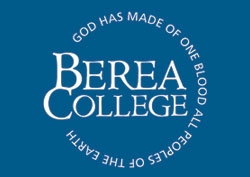 The BEREA COLLEGE MOUNTAINEERS came into the conference tournament as the 5 seeds but managed the upset of the tourney so far by toppling the 2nd seeded ASBURY UNIVERSITY EAGLES. Ironically the Eagles had defeated the Mountaineers in both of their regular season games but it will be Berea moving on to the semifinals. Asbury scored the first points of the game but trailed 35-31 by the break and played from behind the entire 2nd Half. The Mountaineers weathered several comeback attempts by the Eagles and prevailed by a final score of END_OF_DOCUMENT_TOKEN_TO_BE_REPLACED

The World’s A Stage (2014 – Glitternight productions) – This independent film, though set here in the 21st Century, is reminiscent of ancient Greek political satires like the ones penned by Aristophanes, Eupolis and Cratinus as well as the parathespian comedies of Strattis. A traveling troupe of actors visit an unnamed town and are a huge hit in a play dramatizing the heroics of a group of honest politicians. The citizens are bowled over by their performances and elect the men and women of the theatre troupe to actually govern their town.

Naturally the shallow and vain thespians are in way over their heads when it comes to dealing with real-world responsibilities and problems. Their egotistical need for applause and approval also makes them unfit for office, especially when it comes to END_OF_DOCUMENT_TOKEN_TO_BE_REPLACED

The NAIA’s Chicagoland Collegiate Athletic Conference as always leads the way for the nation and tipped off its 2014 college basketball tournament last night. In addition the post-season is underway in the NJCAA as well.

The CALUMET COLLEGE CRIMSON WAVE traveled to take on the PURDUE UNIVERSITY- CALUMET PEREGRINES in a clash of cool-named teams. In the first five and a half minutes of the game the Crimson Wave took control and held the whip hand the rest of the way. Calumet College won this First Round matchup by a final score of 72-50, with the Crimson Wave’s Robert Jackson contributing 22 points to lead all scorers. Franqlin Gatson was right behind his teammate with 21 points and Noah Allen’s 11 points made him the only Peregrine to reach double digits. Calumet College shot 52% from the field and, amazingly, FIFTY-NINE PERCENT from 3-point range.

In the other First Round game in the CCAC last night the ROOSEVELT UNIVERSITY LAKERS battled the INDIANA UNIVERSITY- SOUTH BEND TITANS in an undeniable hardcourt epic. These two familiar foes played a very physical game that saw the score knotted up 10 times through most of regulation, and then in the final fraction of a second the 11th tie sent them into Overtime courtesy of a Free Throw from the Titans’ Chris Beam. The Lakers came out reenergized for the extra session and churned out a 7-1 run that put them in control. The final score was 73-68 with Joe Harks from Roosevelt University leading all scorers with 21 points and 15 more tossed in by Tyree York. For IU- South Bend the Beam Brothers – Chris and Brandon – scored 18 points each to lead their team. 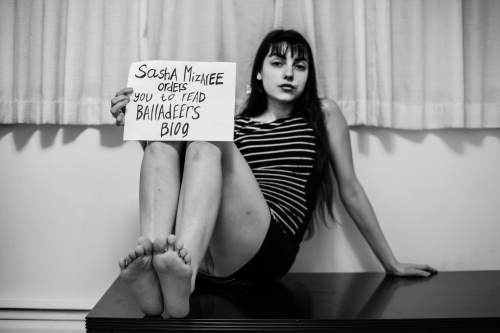 The beautiful and intelligent Sasha Mizaree is used to getting her way! Her combined loveliness and sophistication make it impossible for anyone to END_OF_DOCUMENT_TOKEN_TO_BE_REPLACED

A SHOUTOUT TO BACKBONE

Welcome back to Balladeer’s Blog, the only site on the web that is truly nonpartisan in its criticism of American Liberals and American Conservatives. I just wanted to make a quick shoutout to the Ukraine where the people took to the streets and their Parliament, which has far more backbone than the United States Congress does, stayed true to their constituents and saw through the ouster of their abusive chief executive.

Even in Venezuela people are taking to the streets hoping to squeeze a little freedom out of their oppressive government so I’ll throw a shoutout their way, too. And maybe even a belated shoutout to the people of Egypt for refusing to accept Barack Obama’s stooge Morsi and his Muslim Brotherhood.

That kind of dynamic activity is in stark contrast to the United States, where we END_OF_DOCUMENT_TOKEN_TO_BE_REPLACED

ONE HUNDRED SIX ON THE NOSE – 106 was a popular score in yesterday’s games. The CENTRAL STATE MARAUDERS clobbered the visiting OHIO VALLEY UNIVERSITY FIGHTING SCOTS by a score of 106-78   ###   The STILLMAN TIGERS notched the same three-digit score to better the 82 points put up by the LANE COLLEGE DRAGONS   ###   Meanwhile the BELLARMINE UNIVERSITY KNIGHTS crushed the ST JOSEPH’S PUMAS in their own house 106-63.