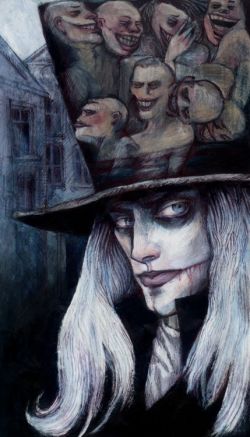 “Maldoror and His Smile” by Lord Orlando

Balladeer’s Blog has done a comprehensive examination of The Songs of Maldoror, often referred to as just Maldoror. The original 1868 French language work by the self-designated Count de Lautreamont (real name Isidore Ducasse) was in verse form, which is great for poetry geeks like me but if you prefer prose there are plenty of prose translations available.

This work of surreal horror was so far ahead of its time that the author himself, in one of the few existing copies of his correspondence, expressed fears that he might be jailed or thrown into an insane asylum and requested that the publisher literally “stop the presses.” Just 88 copies of the book were completed in that initial run and for a few decades The Songs of Maldoror languished in obscurity.

By the 1890s those few copies of Maldoror had been circulating among the more adventurous literati of the time period and the work began to be hailed as a forgotten masterpiece by Maeterlink, Bloy, Huysmans and de Gourmont. This new acclaim ultimately resulted in a new run of copies – this time in the thousands instead of dozens like the first run. This also accounts for why some reviewers mistakenly refer to The Songs of Maldoror as an 1890s work, despite its original publication date of 1868. END_OF_DOCUMENT_TOKEN_TO_BE_REPLACED

This completes Balladeer’s Blog’s chapter guide to my examination of Isidore Ducasse’s 1868 work of surreal horror The Songs of Maldoror. 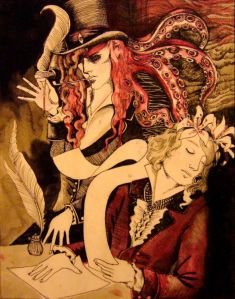 Sixth Canto, Stanza 1: The author Isidore Ducasse predicts that his work The Songs of Maldoror will revolutionize literature and foresees a career for himself as a major force in the creative arts. Unfortunately his death in 1870 at the age of 24 prevented that from happening. CLICK HERE 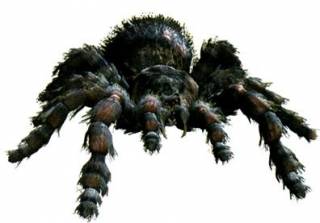 Fifth Canto, Stanza 1: BETWEEN YOUR LITERATURE AND MINE – Maldoror goes meta, addressing the reader directly for daring to condemn him while still continuing to read about his nightmarish activities. He recommends a recipe for preparing the flesh of one’s mother after killing her, and otherwise seems to presage many modern-day serial killers. CLICK HERE

Fifth Canto, Stanza 2: FOUR SOULS ERASED FROM THE BOOK OF LIFE – Our vile main character interacts with a sorceress, the two brothers she seduced then transformed into monsters and the hybrid children she had with those brothers. CLICK HERE  END_OF_DOCUMENT_TOKEN_TO_BE_REPLACED 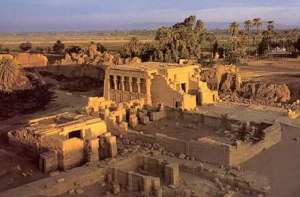 Fourth Canto, Stanza 1: PRELUDE TO A PRIVATE ARMAGEDDON – At Dendera in Egypt Maldoror recalls his past visits to the city and foresees a future day when he will battle all of the Earth’s armies in that same location. CLICK HERE

Fourth Canto, Stanza 2: THE MARRIAGE OF PROVERBS AND METAPHORS – Maldoror becomes lost in the Valley of Unreality where literal reality and metaphorical reality overlap. All that plus esoteric reflections on ancient meditation practices intended to unleash one’s astral body. CLICK HERE

Fourth Canto, Stanza 3: THE TORMENTED MAN – While watching a man getting tortured by his own wife and mother Maldoror reflects on various atrocities of his own. CLICK HERE END_OF_DOCUMENT_TOKEN_TO_BE_REPLACED 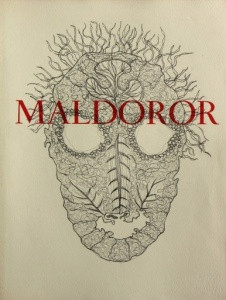 Third Canto, Stanza 1: THE MYSTERIOUS RIDERS – The enigmatic monster Maldoror and his lover Mario (another supernatural being) terrorize humanity, mate in space and encounter unspeakable creatures beneath the sea. CLICK HERE

Third Canto, Stanza 2: VICTIMS BOTH LIVING AND DEAD – Possibly the most disturbing and horrific Stanza in The Songs of Maldoror. Read it at your own risk to witness our vile protagonist at his depraved worst. CLICK HERE

Third Canto, Stanza 3: THE TIGER-HEADED DRAGON – The notorious Wandering Jew of ancient legend is an eye-witness as Maldoror does battle with a winged tiger/ dragon hybrid beast, with humanity set up to be the losers no matter which abomination wins. CLICK HERE END_OF_DOCUMENT_TOKEN_TO_BE_REPLACED 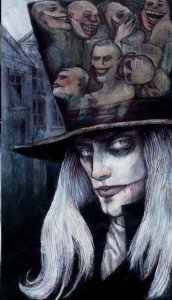 Maldoror and his Smile, by Lord Orlando

HALLOWEEN MONTH IS HERE! As always here at Balladeer’s Blog I will spend the month sprinkling in obscure or forgotten horror stories, movies, and so on. All of that will be in addition to the usual topics I cover here. We’ll start today with something YOU the readers requested – a handy guide to my examination of the surreal horrors found in The Songs of Maldoror. For the First Canto click HERE

Second Canto, Stanza 1: This was simply an address to the reader from the author, Isidore Ducasse, the self-styled Count de Lautreamont, before resuming the horrific adventures of the supernatural being Maldoror. END_OF_DOCUMENT_TOKEN_TO_BE_REPLACED 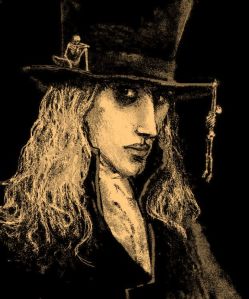 I am always glad to interact with readers of Balladeer’s Blog! Many of you have been asking for a guide to my examination of the surreal horrors in The Songs of Maldoror. Readers asked for it to be the same format I used for the Navajo epic myth about the war god Nayanazgeni battling the dark gods called the Anaye.

THE SONGS OF MALDOROR – First Canto

This work by the author Isidore Ducasse aka the Count de Lautreamont was nearly a century ahead of its time. This neglected masterpiece of surreal horror was so envelope-pushing that Ducasse had the publisher stop printing copies after just eighty-eight were made. He feared that the subject matter in the book might cause him to be arrested or committed to an insane asylum.

Opening Stanzas – An introduction to Maldoror, the book’s mysterious protagonist. Maldoror is a supernatural being who considers God his archenemy & Satan a rival and who regards humans as his prey. Modern readers will recognize in this character elements of Freddy Krueger, Aleister Crowley, Coffin Joe, Heath Ledger’s Joker and the vampire Lestat. Click HERE END_OF_DOCUMENT_TOKEN_TO_BE_REPLACED