We need alternate political parties. Independent Voter site Balladeer’s Blog presents another look at the ugly hoax (or maybe I should say Big Lie) about Trump collusion with Russia. Even some Democrat reporters over the years covered how false that story was (see below). No matter how much I despised George W Bush or Barack Obama, for instance, I wrote multiple blog posts about how ridiculous it was when people claim Bush planned the 9-11 attacks or that Obama was “a Muslim sleeper agent.”

Trump haters seem incapable of any rational thought when it comes to him, though. For years now every aspect of the “Russian Collusion” nonsense has been debunked and traced to Hillary Clinton campaign “opposition research” (the euphemism in America’s corrupt political system for manufacturing stories about rival candidates). Even veteran Trump hater Russell Brand has done multiple YT videos acknowledging that Trump never colluded with Russia and that the Hillary Clinton campaign was behind that misinformation.

At any rate, the latest developments in the ongoing investigation of the perpetrators of the Russian Collusion hoax prompted news stories around the world, including Australia.

And, to quote from Democrat reporters who have covered what a hoax the entire Russian Collusion nonsense was …

ROLLING STONE REPORTER MATT TAIBBI, who is very anti-Trump, has once again risen above his own feelings – like reporters are SUPPOSED TO DO – and pointed out that the IG report actually verified the claims made by Congressman Devin Nunes and President Trump himself about the FBI’s political assault on Trump. Taibbi’s Rolling Stone piece shows how damning the IG report was for the FBI, Schiff and the Democrats’ media outlets. “Democrats are not going to want to hear this” are the most appropriate words in his article.

In a previous article, Taibbi (like Sharyl Attkisson one of the few actual “journalists” left in the country) pointed out that the “Russian Collusion” nonsense was “WMD’s times a million” (CLICK HERE ).

Now, in his latest article, Matt points out how the anti-Trump forces need to stop deluding themselves that there isn’t something deeply wrong at the FBI and with the entire FISA process. The link is below, but first some excerpts: 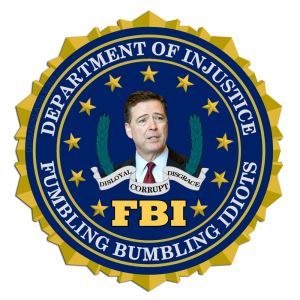 “Horowitz describes at great length an FBI whose “serious” procedural problems and omissions of “significant information” in pursuit of surveillance authority all fell in the direction of expanding the unprecedented investigation of a presidential candidate (later, a president)” (NOTE FROM BALLADEER: The fact that the Democrats are willing to ignore this Gestapo-style approach by the FBI just because they hate the man being investigated shows how low that party has sunk.)

“…Likewise, the use of reports by ex-spy/campaign researcher Christopher Steele in pursuit of Foreign Intelligence Surveillance Act (FISA) authority had far-reaching ramifications. Not only did obtaining a FISA warrant allow authorities a window into other Trump figures with whom Page communicated, they led to a slew of leaked “bombshell” news stories that advanced many public misconceptions, including that a court had ruled there was “probable cause” that a Trump figure was an “agent of a foreign power.” There are too many to list in one column, but the Horowitz report shows years of breathless headlines were wrong.” (NOTE FROM BALLADEER: Yes, those headlines were VERY wrong.)

“Press figures have derided the idea that Steele was crucial to the FISA application, with some insisting it was only a “small part” of the application. Horowitz is clear:  ‘We determined that the Crossfire Hurricane team’s receipt of Steele’s election reporting on September 19, 2016 played a central and essential role in the FBI’s and Department’s decision to seek the FISA order.”

“… The Steele report reads like a pile of rumors surrounded by public information pulled off the Internet, and the Horowitz report does nothing to dispel this notion. At the time the FBI submitted its first FISA application, Horowitz writes, it had “corroborated limited information in Steele’s election reporting, and most of that was publicly available information.”

“Horowitz says of Steele’s reports: “The CIA viewed it as ‘internet rumor.’” Worse (and this part of the story should be tattooed on the heads of Russia truthers), the FBI’s interviews of Steele’s sources revealed Steele embellished the most explosive parts of his report.” (NOTE FROM BALLADEER: And this is exactly like the way J Edgar Hoover’s FBI would allow even the most salacious and unconfirmed rumors about his political targets to be included in FBI files, knowing that to laymen the fact that something comes from “an FBI file” lends it undeserved credibility.) END_OF_DOCUMENT_TOKEN_TO_BE_REPLACED

And yet ANOTHER anti-Trump lie is finally abandoned by the Democrats at the New York Times (links below). Here at Independent Voter site Balladeer’s Blog I can certainly understand hostile feelings toward given presidents. Regular readers know how much I despise George W Bush and Barack Obama, but I also pointed out when I thought negative stories about them were absurdly over the top. With de facto Third Party President Donald Trump it’s like the media did nothing BUT absurdly over the top stories about him that fell apart under the most casual scrutiny.

Over the years all of the actual evidence showed how the Steele Dossier was full of holes and deceptions but for America’s deranged Democrats even the most idiotic notions are kept afloat until the Times explicitly states that, once again, it was in the wrong. But hey, loons, cheer up. I doubt that HuffPo, the site for HUFFy, POST-menopausal white Democrats will ever admit the Steele Dossier was garbage, so you can keep going there.

I can’t help but doubt that the Times would have admitted to this if Donald Trump was still in the Oval Office, however. They’d probably STILL be sniveling about non-existent “Russian Collusion” (LMAO) and demanding further “investigations.” They’re only admitting it now because it’s safe to, like the Russian Bounties nonsense and so many other instances of Fake News. (There is no other term for it, no matter how much it rankles biased media fools.)

Before I provide some excerpts and links to this latest tale of rats abandoning the sinking Steele Dossier ship, let me also point out that yet ANOTHER statement that Democrat media outlets claimed was a Trump “lie” has now proven to be true. Back in August President Trump pointed out that Covid cases were being over-counted in hospitals. Anti-Trump fascists reflexively claimed this was a “lie” but now the CDC Director has admitted that, yes indeed, Covid cases were being over-counted in hospitals. (links below)

Regarding the Steele Dossier hoax, the links are below, but first some excerpts from one of the items:

” … claims in the dossier “have never materialized or have been proved false.”

“The dossier, he said, went on a “journey from media obsession to slush pile.”

” … Steele had been hired by an investigative firm called Fusion GPS “to gather dirt about Donald J. Trump and Russia.”

“Just the News editor John Solomon reported at the time that the documents showed the collusion narrative was created and leaked to the news media to “neutralize Hillary Clinton’s concern that her email scandal had not yet gone away.”    END_OF_DOCUMENT_TOKEN_TO_BE_REPLACED 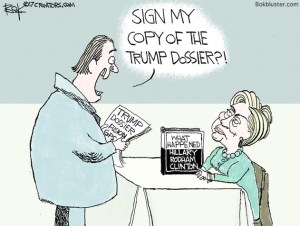 Balladeer’s Blog remains the only site on the web that equally criticizes both Democrats and Republicans. This week even Bill Maher reminded the nation that Hillary Clinton is a criminal who obstructed justice. Plus Democrats were loudly proclaiming that what Hillary Clinton and Barack Obama did by seeking foreign dirt on Donald Trump was disgusting. Seriously. All they talked about for half the week was how utterly rank it is to use overseas dirt-diggers against one’s domestic political opponents. Y’know?

You asked for it and here it is! A supercut of my humorous potshots at career criminal Hillary “Bugsy” Clinton, best known for using her fake charity to funnel bribes to herself when she was Secretary of State.

WHEN THE MONEY KEEPS ROLLING IN YOU DON’T KEEP BOOKS …

FAT, DRUNK AND STUPID: THE LIFE OF HILLARY CLINTON

I’VE FALLEN AND I CAN’T GET UP!