Personally, I think it looks GREAT! I mean look at it! (left) It perfectly captures Barry in every way, shape and form.

I know a lot of Obama devotees are angry about the way the little dolt is embarrassedly hiding his six fingered hand but that look on his face perfectly captures Barack.

I think the people who DO have a point are the ones who revealed that the hate-mongering hack who painted Obama’s portrait usually churns out paintings of people beheading other people. (I’m NOT kidding with that, by the way.)

Anyway, it’s no secret that Barack Obama was America’s worst president ever, narrowly beating out George W Bush, so here’s a look back at some of the things that Obama ridiculously tried to take credit for.

OBAMA: IT’S ALL PART OF HIS DEMAGOGUE FANTASY – END_OF_DOCUMENT_TOKEN_TO_BE_REPLACED

Tagged as Barack Obama, Barack Obama was the worst president ever, Both Democrats and Republicans are Criminals, Both Liberals and Conservatives Suck, Obama, Obama lies, Obama presidential portrait, politics

OBAMA FLUSHED DOWN THE WRONG SIDE OF HISTORY

Hopefully once Inauguration Day is over the hysterical fools of what passes for the American Left these days will calm down a little and leave the rest of us alone for awhile.

I’m going to be 100% sincere in this blog post. It’s rare that I do that, and regular readers of Balladeer’s Blog know I’m almost always being tongue-in-cheek or just plain sarcastic.

Barack Obama has been a disaster. He lived up to his crooked pre-presidential existence with an administration so corrupt that even the corporate media finally imploded. They abandoned any and all pretense of objectivity and openly considered themselves part of the Obama administration in their desperation to cover up for the weak, inept and crooked little man. 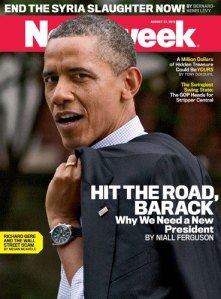 So say we all.

The most recent example was the way the DemoKKKrats’ media outlets allowed Obama to get away with his outright lie that his administration was “scandal-free.” That utterly ridiculous piece of fantasy and propaganda is all the proof any rational person needs regarding the extreme bias of our corporate media.

ALL presidents have had scandals in their administrations. I don’t have a “favorite” president but the one I feel had the longest-lasting positive impact was Franklin Roosevelt, yet you’ll never hear me try to claim his administration was “scandal-free.” Such talk is for fiction, not rational, adult conversation.

The media’s sycophantic willingness to go along with Obama’s lies and distortions for eight years shows why they are now so despised and distrusted and why the man they clearly hated was elected president. Barack Obama was a menace because he didn’t understand how little he actually knew and how meager his talents were.

Obama was the worst president the United States has ever had and I don’t say that lightly. I won’t rehash all the reasons why, because I’ve written about all of those reasons over the past few years. People who try to present Obama as anything but a failure tend to be people whose own comments make it clear they have no knowledge of history and no grasp of how the U.S. government works.

Obama embodied the shallowness and immaturity of his supporters, most of whom were such petty, celebrity-obsessed fools that they fixated on their president because his name and office were the only things they seemed to comprehend about the country. Future African American presidents will no doubt be much more capable than the Hollow Man named Barack Obama.

His childish refusal to work with Congress while having no problem working with dictatorships and mad Muslim Mullahs left him with no true legacy. Instead of negotiating with the opposition party Barack petulantly resorted to a series of inept and often ineffective Executive Orders, more than all previous presidents combined.

Many of those spiteful, poorly thought-out Executive Orders were eventually struck down by the Supreme Court and rightfully so. The rest can be undone with the stroke of a pen by our incoming president.

Barack Obama has left the United States and the world far worse off than when he took office. We are all better off for being rid of him. There is nothing good to be said about him. The best description of him came from the other world leaders at the G20 summit when they called Obama “an irrelevant child.” May this vain and pathetic creature suffer at least a fraction of the pain he inflicted on so many innocent people.

OBAMA LIES AGAIN, CLAIMING THERE’VE BEEN NO MUSLIM TERROR ATTACKS DURING HIS PRESIDENCY

Obama consulting with his speech writers.

And this piece of garbage has the nerve to talk about “Fake News?” At what point does somebody do an intervention with this deluded fool? Yes, Barry, we know you always tried to mislabel Muslim terror attacks on U.S. soil as “workplace violence” or “toxic American gun culture” and all the other excuses you’ve used but I doubt if even Paul Krugman believes THIS particular lie.

Fort Hood, the Boston Marathon Muslim Massacre, the Muslim fanatic gunning down gay people in Florida earlier this year, last December’s Muslim slaughter at an office party, and many others, right on up through the recent Ohio State Muslim loon there have been PLENTY of Muslim terror attacks on U.S. soil under this weak, inept and crooked little man. END_OF_DOCUMENT_TOKEN_TO_BE_REPLACED

OBAMA: IT’S ALL PART OF HIS DEMAGOGUE FANTASY

OBAMA: That was me in Tiananmen Square, dude!

Yes, that title is a reference to the song Rock ‘N’ Roll Fantasy. Balladeer’s Blog criticizes American Liberals and American Conservatives equally, and has noticed how Barack Obama has retreated into a world of fantasy to hide from his countless failures, as has been noted even by various European news outlets.

The delusional fool, by this point preaching only to his own mindless, fascistic worshippers, has been touring the world and distorting his awful record by claiming to have saved economies he’s ruined and pretending he has made the world “a safer place.” A safer place for Muslim dictators maybe – but the free world? Not so much.

Anyway, in the spirit of Obama’s deranged claims here are a few other items that weak, inept and crooked little man will probably try to take credit for.

** Having his presidency foretold by Nostradamus when he wrote “And a self-infatuated fool/ With ears as large as dinner plates/ Will undo decades of progress/ As he stubbornly clings like dogshit to the bottom of history’s shoes.”

** Coining the expression “Ya workin’ hard or hardly workin’?” END_OF_DOCUMENT_TOKEN_TO_BE_REPLACED

OBAMA: SYNONYMOUS WITH LIES AND FAILURE

American Liberals have no grasp of reality though they pompously think they know more than anyone else about any and every subject that ever comes up in conversation. 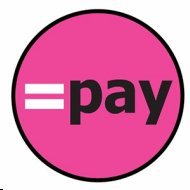 Yes, it’s National Equal Pay Day, on which we once again observe that Obama is one of the most hypocritical demagogues in history! While continuing his usual public pose that he is big on women’s issues Little Barry still refuses to give women equal pay! Typical cheap lip service!  END_OF_DOCUMENT_TOKEN_TO_BE_REPLACED

The government would NEVER steer us wrong, right?

Welcome back to Balladeer’s Blog, the only site on the web that offers truly non-partisan criticism of those fanatics called Liberals and Conservatives.

Remember the 1951 short Duck and Cover? It was U.S. government propoganda trying to allay fears about the truly catastrophic consequences of a nuclear war. The title came from the inane pretense that if “the bomb” went off the populace could survive it by ducking under desks or other furniture. Uh. Yeah. Makes that “nuking the fridge” scene in the last Indiana Jones movie look credible by comparison.

Here we are decades later and the government STILL shoves idiotic propoganda down our throats. This time around we’re being sold on the unpopular, unwanted, unhelpful mess called Obamacare. NONE of Little Barry Obama’s promises about it has END_OF_DOCUMENT_TOKEN_TO_BE_REPLACED