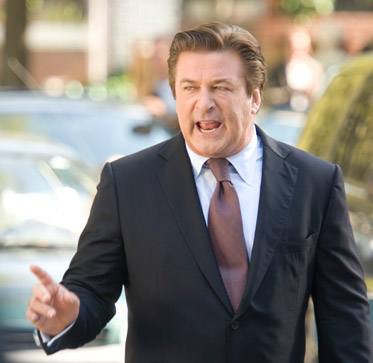 The World’s A Stage (2014 – Glitternight productions) – This independent film, though set here in the 21st Century, is reminiscent of ancient Greek political satires like the ones penned by Aristophanes, Eupolis and Cratinus as well as the parathespian comedies of Strattis. A traveling troupe of actors visit an unnamed town and are a huge hit in a play dramatizing the heroics of a group of honest politicians. The citizens are bowled over by their performances and elect the men and women of the theatre troupe to actually govern their town.

Naturally the shallow and vain thespians are in way over their heads when it comes to dealing with real-world responsibilities and problems. Their egotistical need for applause and approval also makes them unfit for office, especially when it comes to complex political problems. Those problems do not come along in simple-minded terms of “the good decision versus the bad decision” but in terms of alternate choices, all of which will have far-reaching negative side-effects as well as far-reaching positive side-effects. And in the real world there is no deux ex machina that immediately makes it clear that one course of action is or was the indisputably “correct” one to follow.

The actors are overwhelmed by real-world problems and furious when the simplistic solutions that seemed brilliant when confined by the developments in their scripted drama wind up not working in real life. The egomaniacs decide that the problem couldn’t possibly lie with their own deficiencies or the failure of their solutions to deal with the complexity of the town’s various crises but instead lies with the citizens’ refusal to conform to the simplistic worldview of the actors. The rule of these narcissistic poseurs becomes ever-more dictatorial as they are forced to ignore reality more and more while legislating that the townspeople join them in their fantasy and ignore the imminent collapse of their village.

The World’s A Stage very effectively depicts the stark contrast between the real-life personas of the pretentious thespians and their noble, heroic on-stage characters. It makes for a very dark-humored look at the inherent dangers of any society taking its direction from the personable but unstable, vain and neurotic figures of the entertainment world.

The film is equally successful at conveying the ways in which the simplistic and naive political solutions enacted by the thespians are hopelessly inadequate when applied to the complex issues of the real world. Along the way it also provides plenty of laughs via pastiches of pompous and sanctimonious entertainers like Barbra Streisand, Alec Baldwin, Tina Fey, Bill Maher and others. If you think of the movie as “Aristophanes Meets The Simpsons and South Park” you should have a good idea of the type of comedy you’re in for.