This was a one-sided game dominated by the Yellow Jackets, who led 38-23 by Halftime, then left the Bluejays even further and further behind after the break. The final score was Randolph-Macon College 75  Elmhurst University 45. Josh Talbert’s Double-Double of 15 points and 11 rebounds led the Yellow Jackets, WHO LOST ONLY ONE GAME THE ENTIRE SEASON. * THE YELLOW JACKETS ARE CHAMPIONS OF NCAA DIVISION THREE *

A tale of two Halves was in store here, as the Cobras compiled a 49-26 advantage by the midpoint, only to be outscored by the Blazers 49-31 in the 2nd Half. Parkland College emerged with an 80-75 triumph led by 21 points from Savon Wykle. * THE COBRAS MOVE ON TO THE NATIONAL TOURNAMENT * END_OF_DOCUMENT_TOKEN_TO_BE_REPLACED

By Halftime the basketball machine which IS the Bluejays program was on top 48-34. After the break Elmhurst University left the Little Giants further and further behind on their way to a 90-68 triumph. Jake Rhode’s THIRTY-TWO points led the Bluejays. END_OF_DOCUMENT_TOKEN_TO_BE_REPLACED 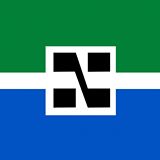 At Halftime the Blazers were chasing Rock Valley College, who held a 31-28 edge. From there North Lake College came roaring back, ultimately winning the game by a final score of 66-65. Gregory Crawford led the Blazers with 16 points and 9 rebounds. END_OF_DOCUMENT_TOKEN_TO_BE_REPLACED

ROUND TWO: IC VS SC – The SWARTHMORE COLLEGE GARNET took the court against the ITHACA COLLEGE BOMBERS. The 1st Half ended with the score knotted up at 44-44 but after the break the Garnet outscored the Bombers 42-34 for an 86-78 victory. Vinny DeAngelo led Swarthmore College with 21 points.

ROUND TWO: EU VS PPC – The POMONA-PITZER COLLEGE SAGEHENS battled the EMORY UNIVERSITY EAGLES in a game that was for the birds. The Sagehens were chasing the Eagles 34-29 at the Half but regrouped in the locker room to manage a 71-70 come-from-behind win. Micah Elan’s 20 points led Pomona-Pitzer College. END_OF_DOCUMENT_TOKEN_TO_BE_REPLACED

NATIONAL CHAMPIONSHIP GAME – This title tilt pitted the top seeds – the SANDHILLS COLLEGE FLYERS – against the 2nd seeded MOHAWK VALLEY COLLEGE HAWKS (should be the Mohawks). The Flyers were chasing the Hawks 50-47 at Halftime but came from behind in the 2nd Half to win the game 93-89. Sayaun Dent led Sandhills College with 27 points. * THE FLYERS ARE CHAMPIONS OF THE NJCAA DIVISION THREE TOURNAMENT *

ROUND ONE: CNU VS CC – The CHRISTOPHER NEWPORT UNIVERSITY CAPTAINS did battle with the COLBY COLLEGE WHITE MULES. The Captains embarrassed the White Mules in the 1st Half, leading them 32-17 by the break. From there Christopher Newport University stayed out in front all the way for a 74-64 triumph. Adrian Beasley and Luther Gibbs led the Captains with 13 points each.

ROUND ONE: WPI VS YU – In this game the YESHIVA UNIVERSITY MACCABEES played the WORCESTER POLYTECHNIC INSTITUTE ENGINEERS. The Maccabees put up 51 points in each Half, leading the Engineers 51-30 at the midpoint, then winning by a Century Club-level score of 102-78. Ryan Turell notched FORTY-ONE points to lead Yeshiva University. END_OF_DOCUMENT_TOKEN_TO_BE_REPLACED

CHAMPIONSHIP GAME – The top seeded CEDARVILLE UNIVERSITY YELLOW JACKETS faced the 2 seeds – the ROBERTS WESLEYAN COLLEGE REDHAWKS – for the title in the NCCAA (National Christian College Athletic Association). The opening Half was a defensive epic which ended with the teams tied up at 26-26. After the break the Yellow Jackets mustered a bit of separation from the Redhawks for a 64-58 victory. Conner TenHove’s 14 points led Cedarville U. * THE YELLOW JACKETS ARE NCCAA CHAMPIONS *

CHAMPIONSHIP GAME – The last two teams standing in this Tournament were the 2 seeds – the HERKIMER COLLEGE GENERALS – and the 5th seeded ROCK VALLEY COLLEGE GOLDEN EAGLES. An Upset seemed to be in the offing as the Golden Eagles led 37-31 at Halftime. From there the Generals came from behind to win the game by a comfortable 72-60. Herkimer College ends the season with one lone loss. * THE GENERALS ARE CHAMPIONS OF NJCAA DIVISION THREE * END_OF_DOCUMENT_TOKEN_TO_BE_REPLACED

FINAL FOUR ACTION IN THE NCAA AND NJCAA PLUS D2 ACTION

FIRST SEMIFINAL – The SWARTHMORE COLLEGE GARNET clashed with the CHRISTOPHER NEWPORT UNIVERSITY CAPTAINS as D3’s Final Four action commenced. The Garnet led the Captains by a Lucky 7 points, 36-29, come Halftime and then maintained that advantage for a 70-63 triumph. Cam Wiley put up 23 points to lead Swarthmore College.

SECOND SEMIFINAL – This game pitted the UNIVERSITY OF WISCONSIN AT OSHKOSH TITANS against the WHEATON (IL) COLLEGE THUNDER. By the midpoint the Titans were on top of the Thunder by a score of 46-41. From there UW-Oshkosh went on to win it by a Centennial Club-level 104-85. The victors were led by Jack Flynn’s Double Double of 21 points and 15 rebounds.

FIRST SEMIFINAL – In the 2 spot the HERKIMER COLLEGE GENERALS tangled with the 3rd seeded RICHLAND COLLEGE THUNDERDUCKS. Smothering defense was the key to the opening Half, which ended with the Generals up 27-21. After the break the Thunderducks could only edge an inch closer as Herkimer College emerged with a 63-59 triumph. Derrick Felder led the Generals with 17 points. END_OF_DOCUMENT_TOKEN_TO_BE_REPLACED

FINAL FOUR: FIRST BERTH – The CHRISTOPHER NEWPORT UNIVERSITY CAPTAINS squared off against the WILLIAMS COLLEGE EPHS (“eephs”). By Halftime the Captains were clinging to a slight 32-30 edge over the Ephs. After the break Christopher Newport University inched further and further away from their opponents, ultimately winning the game by a score of 79-70. Marcus Carter led the Captains with 27 points.

FINAL FOUR: SECOND BERTH – In this game the SWARTHMORE COLLEGE GARNET played the NICHOLS COLLEGE BISON. The Garnet were on top of the Bison 32-23 at the midpoint. In the 2nd Half Nichols College rallied but Swarthmore College held them off for a 69-65 victory. Twenty points from Zac O’Dell led the way for the Garnet. END_OF_DOCUMENT_TOKEN_TO_BE_REPLACED

CHAMPIONSHIP GAME – The NEBRASKA WESLEYAN UNIVERSITY PRAIRIE WOLVES – a team Balladeer’s Blog has covered since their NAIA years – did battle with the UNIVERSITY OF WISCONSIN AT OSHKOSH TITANS for the D3 title.

A thrilling and high-scoring 1st Half ended with the Prairie Wolves clinging to a 45-43 edge. After the break Nebraska Wesleyan University inched a little bit more away from the Titans, winning it all by a score of 78-72. Cooper Cook put up 16 points to lead the victors.  * THE PRAIRIE WOLVES ARE CHAMPIONS OF NCAA DIVISION THREE * END_OF_DOCUMENT_TOKEN_TO_BE_REPLACED