THE GUARDIAN’S MELANIE PHILLIPS: “WHY I LEFT THE LEFT” 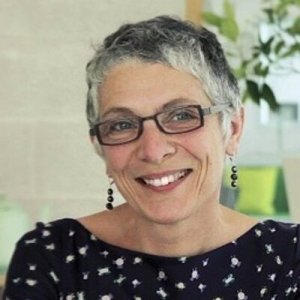 Balladeer’s Blog remains the only site on the web that equally criticizes BOTH the political left and the political right. Here is a terrific interview with Melanie Phillips on her disillusionment with the UK’s news outlet The Guardian. Like so many of us she reflects on the totalitarian nature of the left and how it has driven us away. 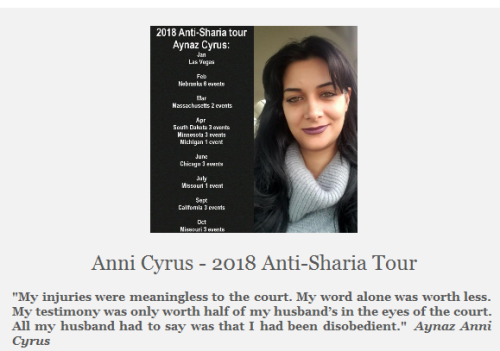 Another member of Balladeer’s Blog’s Real World League of Extraordinary Women – Anni Cyrus – has been back in the news lately. Anni courageously continues to speak out about the plight of women in the Muslim world and in Muslim immigrant communities around the world.

Ms Cyrus also addresses the dangers of Sharia Law. Democrats at America’s colleges and universities always try to prevent her from even speaking on campus or any other public venues. This is similar to the way Democrats oppose and often threaten other women who dare to criticize Islam’s oppression of women.

(This is made even more hypocritical by the way that White Women of Privilege always act like the U.S. is mere moments away from becoming like The Handmaid’s Tale yet they actively oppose heroic women like Anni Cyrus, Ayaan Hirsi Ali and so many others.)

Dianna Ploss of ACT issued a statement regarding recent efforts to shut down Cyrus’ appearances in Boston:

Anni Cyrus, a noted speaker and activist, will be speaking on the danger of Islamization in the United States and around the world. Included in her talk is the role of Sharia, how it prohibits the rights of women, the rights of free speech, and the Constitutional rights we enjoy, including the First Amendment.

Anni Cyrus has been a strong voice in the defense of women and minorities in Islamic countries. It is deeply ironic that her voice to protect others is mispresented by CAIR-National, and Anni Cyrus and the sponsors of her talk call upon CAIR-National to rescind its’ criticism, which is deeply repugnant to the principles upon which this country was founded.

Additonal articles on courageous women who take on Islam’s oppression –

THIS HAUNTING IMAGE STRIKES RIGHT TO THE CORE OF THE HATRED THAT IS ISLAM.

MUSLIMS WHO ASSIMILATE ARE REJECTED BY THE LEFT: HERE 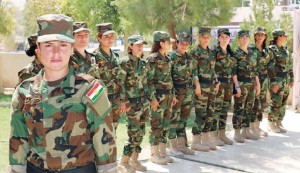 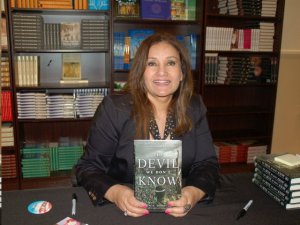 ISLAM AND THE POLITICAL LEFT: HERE

EUROPEAN WOMEN SPEAKING OUT ABOUT THE MUSLIM RAPE EPIDEMIC

Be sure to watch before the corporate censors at YouTube take this video down like they have so many others when women try to express their pain over the Muslim RapeFugee epidemic in Europe.

No institution has been more racist than the Democrat Party. Democrats championed slavery and fought for its spread into the new territories and an entire Civil War was fought on behalf of the interests of Democrat slave-owners.

Democrat Roger B Taney, a Chief Justice of the Supreme Court, authored the atrocious Dred Scott Decision claiming African-Americans were not people. Democrat President Andrew Jackson’s oppression of Native Americans included the Trail of Tears and other atrocities.

Martin Luther King – whose birthday is observed throughout this holiday weekend – was, like Abraham Lincoln, a Republican. Democrats continue promoting race-hatred to this very day and try to downplay the fact that King was a Republican.

Some of the most courageous champions of Doctor King’s dream of a society in which people are judged by their character rather than their skin color are PEOPLE OF COLOR WHO DARE TO DEFY THE WHITE LIBERALS WHO DOMINATE THE DEMOCRAT PARTY. Here is a look at some of those heroic women. I will cover the men separately.

Ms Wright runs her own website and makes personal appearances around the country. Race-baiting Democrats always harass people like her who are brave enough to form their own political opinions despite the condescending disapproval of hate-filled American Liberals. The vile abuse that Democrats throw at her for defying them will disgust you.   END_OF_DOCUMENT_TOKEN_TO_BE_REPLACED

Courageous Anne Marie Waters, who is already part of the real-life League of Extraordinary Women, strikes again with this speech followed by q&a. 28 minutes in length.

The World Health Organization has stated that Female Genital Mutilation “is a violation of the fundamental human rights of girls and women” that “has no health benefits, inhibits sexual function and can cause several complications including pain, infection and infertility.” But it’s another “Peculiar Institution” that Islam spreads everywhere it travels.

Female Genital Mutilation was outlawed here in the U.S. in 1996 but I’m sure American Liberals will now try to come up with a justification for it in the name of “diversity.” Here in the 21st Century diversity has come to mean “only those things of which Islam approves.”

Female Genital Mutilation, just like “honor” killings, religious intolerance and rapes, increase in direct proportion to the increase of a nation’s Muslim population. That’s because nobody ever says no to the worst Muslims. Politicians vying for “the Muslim vote” excuse the most hostile Muslims and insist that ONLY the Muslims who live in the distant past are the “authentic  voices” of the Muslim world.

Patriarchal Muslim families inflicting their superstitions on their female members took to doing “vacation cuttings,” taking trips abroad to have the unfortunate ladies mutilated. Many to the point of severe infection or other complications which prevent them from ever having orgasms.

But hey, give American Liberals enough time and I’m sure they’ll start trying to act like Muslim women ENJOY having their genitals mutilated, just like those spineless hypocrites have taken to pretending Muslim women wear those degrading body bags purely out of “choice.”  END_OF_DOCUMENT_TOKEN_TO_BE_REPLACED