ANOTHER HEROIC WOMAN WHO TAKES ON ISLAM 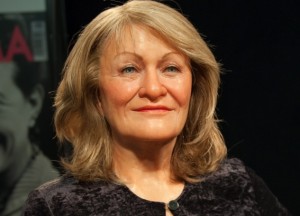 German feminist Alice Schwarzer is the latest woman to denounce the gutless hypocrisy of the political left around the world when it comes to Islam’s barbaric treatment of women. Needless to say the political robots called Liberals now viciously denounce her for courageously breaking free of their herd mentality.

Accusations of (yawn) Islamophobia and racism (Islam is not a race) are being thrown at Schwarzer but she has a backbone and so she continues speaking out no matter how much the Political Correctness Police try to silence her. Alice’s latest activity is speaking out on behalf of the hundreds of victims of the Muslim rape mobs across Europe on New Year’s Eve. ESPECIALLY THE WAY THE POLITICAL MEDIA TRIES TO BURY THE STORY LEST ANYONE EYE ISLAM WITH SUSPICION.

I’ll mention once again that so many of us who used to identify as Liberals have grown disgusted with Liberalism’s cowardice when it comes to criticizing Islam. It’s not just a religion – Islam is a fascist philosophy that marries religion to government.

3 responses to “ANOTHER HEROIC WOMAN WHO TAKES ON ISLAM”