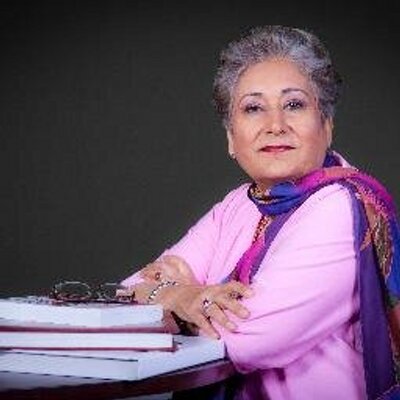 Raheel Raza is the latest addition to the real-world League of Extra-ordinary Women. Raheel is the President of the Council of Muslims Facing Tomorrow, a group seeking reform of Islam. In a sane world Raheel and her group would be far better known than terrorist- linked groups like CAIR (who, naturally, have had members invited to the Obama White House).

Raza has observed “I need defense against people in my own religion who want to kill me” and that says it perfectly. Unfortunately the political left in much of the world ignores reform- minded Muslims and instead cultivates the popularity and power of the most violent and backward-minded Muslims. The left labels Muslims like Raheel Raza as “Western Triumphalists” and claims they have “internalized Western oppression.”

Raza often takes shots at both the Democrats and Republicans, another factor in her favor. She states that she feels Donald Trump has “dangerous” ideas about Muslims but she also criticizes the fact that the Democratic Party under Obama and Hillary Clinton refuses to even say the words “Islamic Terrorism.”