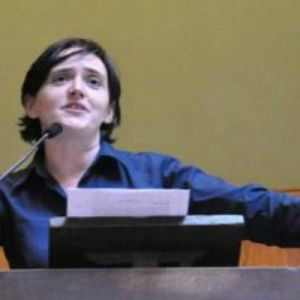 Anne-Marie Waters has perfectly captured the way in which the Muslim rape mobs and Muslim attacks on freedom of expression continue because of all the help they get from the political left around the world.

Balladeer’s Blog has often pointed out that you will NEVER see American Liberals or their counterparts across the globe showing concern for Muslims who DON’T want to live in the past. The only Muslims politically useful to Democrats or Labour, etc are Muslims who hate the West and want to force the rest of us to show their religion the reverence NO religion deserves.

Among Anne-Marie’s points are these: “In England, it’s been rape after rape – tens of thousands of young British girls are brutalised, tortured, beaten and raped by organised gangs comprised almost exclusively of Muslims. (See The Rotherham Report) And now we have Germany. When Chancellor Merkel threw open the doors of her country to hundreds of thousands of migrants from the Middle East and Africa, she opened the door to the rape of German women.”

And … “Sweden has become Europe’s rape capital. Its government has blamed this on everything from increased reporting to the internet to the weather. Norway and Denmark also have some rather alarming rates of rape, but those countries are more readily willing to admit the cause.

“In Norway, recent statistics revealed that 100 per cent of violent street-rapes committed in the capital city of Oslo were committed by “non-western” immigrants.  It’s a similar story in Denmark, where the majority of rapes are committed by immigrants, usually Muslim.”

And more …   “Following the brutal rape of a dying woman in Stockholm, the prosecution did not attempt to deport the rapist and claimed that this Somali citizen could not be removed because he would present a danger to the women of his home country. It mattered not a jot the danger he presented to Swedish women, because in the new Europe, Europeans matter far less than migrants. Ingrid Carlqvist wrote recently: “the destitute Swedish senior citizen must choose between paying 100,000 kronor ($12,000) to get new teeth or living toothless, a person who does not even have the right to stay in Sweden can get his teeth fixed for 50 kronor ($6)”. In Germany, property has been confiscated from German citizens to be handed over to migrants. According to Carlqvist, this is on the cards in Sweden as well.”

The entire article is very sobering. It can be read HERE  And yes, I read articles from both left-wing sites, right-wing sites and everything in between.