UPSET OF THE DAY – The SSAC’s 8th seeded AUBURN UNIVERSITY AT MONTGOMERY WARHAWKS (formerly the Senators) delivered the shock of the day yesterday. The Warhawks rose up and dragged down the conference’s top seeded FAULKNER UNIVERSITY EAGLES in an undeniable Instant Classic. The Eagles were leading 2-0 going into the top of the 8th Inning when the Warhawk bats came to life, seizing a 4-2 lead. Faulkner, the defending national champions of NAIA college baseball, pulled to 4-3 in their half of the Inning and AUM responded by adding another run in the top of the 9th. The Warhawks limited the Eagles to just 1 run themselves in the bottom of the Inning and nabbed a 5-4 victory! AUM’s P.J. Leto got the win!

THEY HAD ‘EM ALL THE WAY! – With apologies to the late baseball broadcaster Bob Prince. The 2nd seeded BREWTON- PARKER COLLEGE BARONS well and truly had their First Round opponents – the 7th seeded UNIVERSITY OF MOBILE RAMS – all the way. A 2-0 lead after the 1st Inning became 3-0 after the 2nd, 4-0 after the 5th and 6-0 after the 6th! The Rams finally got on the board in the top of the 8th Inning with a pair of runs but the Barons added another run of their own to make it 7-2, which would hold up as the final score! For the Barons Mike Venturelli walked away with the win.   END_OF_DOCUMENT_TOKEN_TO_BE_REPLACED

KANSAS COLLEGIATE ATHLETIC CONFERENCE – Tomorrow the KCAC will throw out the first pitch in their 2014 conference tournament. The league’s 4th seeded BETHANY COLLEGE SWEDES will do battle with the 5 seeds – the UNIVERSITY OF SAINT MARY SPIRES – in the only game of the day in that conference.

SOUTHERN STATES ATHLETIC CONFERENCE – Meanwhile in the SSAC the 2nd seeded BREWTON- PARKER COLLEGE BARONS will square off against the 7th seeded UNIVERSITY OF MOBILE RAMS   ###   The top seeded FAULKNER UNIVERSITY EAGLES will be up against the 8 seeds – the AUBURN UNIVERSITY AT MONTGOMERY WARHAWKS (formerly the Senators).  END_OF_DOCUMENT_TOKEN_TO_BE_REPLACED 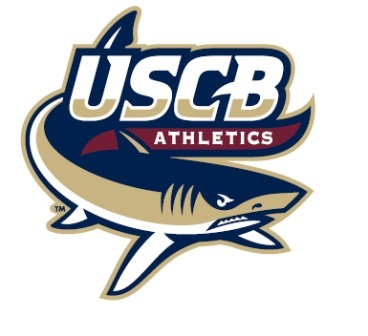 THE SUN CONFERENCE – The 6th seeded UNIVERSITY OF SOUTH CAROLINA-BEAUFORT SAND SHARKS stunned the top seeds, the EMBRY-RIDDLE AERONAUTICAL UNIVERSITY EAGLES. In an ELEVEN inning Instant Classic the Sand Sharks (love that name) emerged with a 2-0 First Round victory.   ###   Meawhile the 5th seeded SOUTHEASTERN UNIVERSITY FIRE scorched the complacent 2 seeds, the AVE MARIA UNIVERSITY GYRENES, by a score of 7-0.   ###   And to continue the theme of upsets in the Sun Conference tournament the (4) WEBBER INTERNATIONAL WARRIORS toppled the (3) ST THOMAS (FL) BOBCATS in a 4-3 nailbiter.

APPALACHIAN ATHLETIC CONFERENCE – The 6 seed mojo carried over to the AAC tourney as the VIRGINIA INTERMONT COBRAS dismembered the 3rd seeded ST ANDREWS UNIVERSITY KNIGHTS  7-1.   ###   Meanwhile the top seeded defending champions of NAIA baseball, the TENNESSEE WESLEYAN COLLEGE BULLDOGS, totalled the (8) MONTREAT CAVALIERS by a score of 10-3.   ###   The (7) BRYAN LIONS fell to the 2nd seeded UNION (KY) BULLDOGS 9-4.   ###   And in a 5 over 4 upset the MILLIGAN COLLEGE BUFFALOES END_OF_DOCUMENT_TOKEN_TO_BE_REPLACED 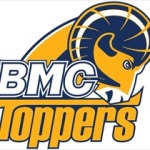 In NAIA baseball’s ongoing conference tournaments the Blue Mountain College Toppers (logo at left) are the biggest story so far. They came into the TranSouth Athletic Conference tournament seeded 6th, but on Day 1 of the tourney they upset the number 1 seeds, the Freed Hardeman Lions, then yesterday on Day 2 the Toppers defeated the 4th- seeded Bethel (TN) Wildcats. Today they try to keep their upset mojo going when they take on the 2 seeds, the Union Bulldogs.

Meanwhile a few conference champions have already been crowned. The Lee Flames have won the Southern States Athletic Conference, the LSU- Shreveport Pilots (as in riverboat pilots ) took the Red River Athletic Conference title and the END_OF_DOCUMENT_TOKEN_TO_BE_REPLACED

RED RIVER ATHLETIC CONFERENCE – The LSU-Shreveport Pilots (as in riverboat pilots) are the conference champs having eviscerated the UTB-TSC Scorpions by a score of 10-1 in the title game!

In the Southern States Athletic Conference the number one seeded Lee Flames were defeated today by the fourth seeded William Carey Crusaders by a score of 12-8. In the

END_OF_DOCUMENT_TOKEN_TO_BE_REPLACED

SPOT-CHECK: HOW ARE THE FIGHTING KOALAS DOING?

COLUMBIA COLLEGE FIGHTING KOALAS – There are no men’s teams at Columbia College so this will just be a look at how their women’s  basketball team is doing. Their season started for real on November 3rd at Voorhees College (Insert your own Friday The 13th film series joke here). Their END_OF_DOCUMENT_TOKEN_TO_BE_REPLACED