Tickets punched for the 2019 NAIA national tournament, the country’s OLDEST college basketball tournament … Yes, even older than the NCAA Tournament!

CHAMPIONSHIP GAME – The top seeded UNION COLLEGE BULLDOGS took the court against the team in the 2 spot – the MONTREAT COLLEGE CAVALIERS. The Bulldogs were on top 33-29 at Halftime but the Cavaliers came roaring back to force Overtime with a 79-79 tie to end Regulation. In the extra session Union College outscored Montreat 16-6 for a 95-85 triumph. K.J. Duronslett led UC with a Double Double of 22 points and 10 rebounds. * THE BULLDOGS ARE CHAMPIONS OF THE AAC TOURNAMENT *

CHAMPIONSHIP GAME – The 8 seeds – the UNIVERSITY OF SAINT FRANCIS (IL) FIGHTING SAINTS – completed their incredible run through the CCAC tourney yesterday against the 3rd seeded GOVERNORS STATE JAGUARS. The Fighting Saints were chasing the Jaguars 28-27 at the break but came from behind for a 59-54 victory in this defense-heavy affair. Terrion Howard’s 18 points led USF. * THE FIGHTING SAINTS ARE CHAMPIONS OF THE CCAC TOURNAMANT * END_OF_DOCUMENT_TOKEN_TO_BE_REPLACED

The 2019 College Basketball postseason is underway in the divisions covered here at Balladeer’s Blog! As usual the NAIA’s Chicagoland Collegiate Athletic Conference tipped things off with Round One of their Conference Tournament last night.

TOP SEED FALLS – The 8th seeded UNIVERSITY OF SAINT FRANCIS (IL) FIGHTING SAINTS took on the CCAC’s top seeded OLIVET NAZARENE UNIVERSITY TIGERS. The Fighting Saints showed they were in it for the win, playing hard enough for a 34-33 edge at Halftime. The teams put up 47 points each in the explosive 2nd Half as USF emerged with an 81-80 Upset. Cole Micek led the victors with 24 points.

FOUR OVER FIVE – In the 4 spot the ROOSEVELT UNIVERSITY LAKERS (shoutout to a regular reader of Balladeer’s Blog who went there) welcomed the 5th seeded ROBERT MORRIS (IL) UNIVERSITY EAGLES. The Eagles put the Lakers on Upset Alert at the break with a 31-28 advantage but Roosevelt U came roaring back for a 79-70 victory. Kevin Day’s 23 points led the Lakers and his teammate Grant Gibson notched a Double Double with 15 points and 10 rebounds. END_OF_DOCUMENT_TOKEN_TO_BE_REPLACED 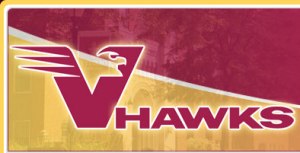 FIRST QUARTERFINAL – The 7 seeds – the VITERBO UNIVERSITY V-HAWKS – put the 2nd seeded UNIVERSITY OF JAMESTOWN JIMMIES on Upset Alert with a 39-36 Halftime edge.

From there the V-Hawks eked out a little bit more separation from the Jimmies, advancing to the Semifinals with a 79-73 stunner. Ethan Haberman led Viterbo University with a Double Double of 26 points and 11 rebounds.

SECOND QUARTERFINAL – Up next the 4th seeded MAYVILLE STATE COMETS clashed with the 5 seeds – the WALDORF UNIVERSITY WARRIORS.

A 33-31 advantage for the Comets over the Warriors was the result by the break. The 2nd Half saw Mayville State add to their lead for a final tally of 75-68. Gorg Alhag of the Comets tossed in THIRTY-TWO points and notched 7 rebounds to lead the victors.  END_OF_DOCUMENT_TOKEN_TO_BE_REPLACED

FINAL FOUR – GAME ONE – This first semifinal saw the 8th seeded SOUTH PLAINS COLLEGE TEXANS take on the 12 seeds – the HILL COLLEGE REBELS. In this 2015 NJCAA Tournament which has been so tough on single-digit seeds it seemed yet another upset might be in the offing as the Rebels led the Texans 40-38 at Halftime. The 2nd Half was equally tight and Regulation ended in a 79-79 tie. In Overtime the South Plains College offense exploded, outscoring Hill College 23-11 for a 102-90 victory! Andre Spight led the Texans with 22 points.   END_OF_DOCUMENT_TOKEN_TO_BE_REPLACED

FINAL FOUR – GAME ONE – This first semifinal pitted the 4 seeds – the COLORADO CHRISTIAN UNIVERSITY COUGARS – against the top seeded LEE UNIVERSITY FLAMES. The Cougars showed the Flames that they came to win, and took it to them on both sides of the ball. By Halftme Colorado Christian University had compiled a 43-26 lead over Lee University. In the 2nd Half the Cougars successfully kept the Flames from making much headway against their point deficit and bounced them by a score of 88-74. Michael Brown led CCU in this upset with 26 points and 8 rebounds.   END_OF_DOCUMENT_TOKEN_TO_BE_REPLACED

DAY ONE – GAME ONE – Tipping off this year’s Division One Tournament in NAIA hoops was a game between the 6 seeds – the DALTON STATE ROADRUNNERS – and the (BD) WILEY COLLEGE WILDCATS. By Halftime the Roadrunners had built up a 47-34 lead over the Wildcats. After the break Dalton State’s  dominance continued as they kept Wiley at arm’s length for a 97-86 victory. Jordan Bowling led the Roadrunners with a Double Double of THIRTY-TWO points and SEVENTEEN rebounds.     END_OF_DOCUMENT_TOKEN_TO_BE_REPLACED

CHAMPIONSHIP GAME – The 3 seeds – the CORNERSTONE UNIVERSITY GOLDEN EAGLES – rolled to their third National Championship and their second in the last four years. The 5th seeded DAKOTA WESLEYAN UNIVERSITY TIGERS were contained by the Golden Eagles, who had their way with the Tigers on offense, too. By Halftime Cornerstone University was on top FORTY-TWO to TWENTY then coasted in the 2nd Half to a 66-45 triumph. Ben Lanning and Kyle Steigenga each had a Double Double for the Golden Eagles – Lanning with 24 points and 10 rebounds, Steigenga with 14 points and 11 rebounds. * CONGRATULATIONS TO THE GOLDEN EAGLES, THE 2015 NATIONAL CHAMPIONS OF NAIA2 BASKETBALL! *   END_OF_DOCUMENT_TOKEN_TO_BE_REPLACED

FINAL FOUR – GAME ONE – The first of last night’s two Final Four clashes pitted the 5 seeds – the DAKOTA WESLEYAN UNIVERSITY TIGERS – against the 8th seeded DAVENPORT UNIVERSITY PANTHERS. The Tigers made it clear to the Cinderella Panthers that it was LONG past midnight, leading them 43-29 by Halftime on their way to an 80-51 blowout win. Trae Bergh had 29 points to lead Dakota Wesleyan University, with his teammate Jalen Voss not far behind with 22. * THE TIGERS MOVE ON TO THE CHAMPIONSHIP GAME * END_OF_DOCUMENT_TOKEN_TO_BE_REPLACED 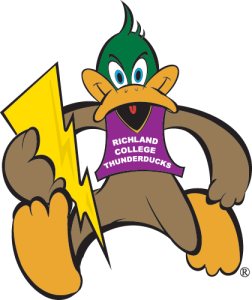 CHAMPIONSHIP GAME – The last two teams standing in NJCAA Division Three hoops were, appropriately enough – the top two seeds. The 2nd seeds – the RICHLAND COLLEGE THUNDER DUCKS – took on the number 1 seeded ROCK VALLEY COLLEGE GOLDEN EAGLES. At Halftime it looked as if the Golden Eagles would be joining their women’s team as National Champions since the men held a 35-27 lead over the Thunder Ducks. Richland College regrouped in the locker room then mounted a comeback for the ages, ultimately winning the game by a final score of 67-64. Kierre Moore led the victors with 20 points. * CONGRATULATIONS TO THE THUNDER DUCKS, THE 2015 CHAMPIONS OF NJCAA3 BASKETBALL! END_OF_DOCUMENT_TOKEN_TO_BE_REPLACED 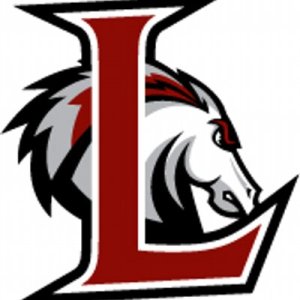 CHAMPIONSHIP GAME – The title game in the 2nd Division of the NCCAA (National Christian College Athletic Association) was played between the 2 seeds – the LANCASTER BIBLE COLLEGE CHARGERS – and the Cinderella 8 seeds – the HILLSDALE FREE WILL BAPTIST COLLEGE SAINTS. The Chargers forced the Saints to hear the chimes of midnight (for you Shakespeare fans), leading them 45-30 at Halftime enroute to a 78-65 National Championship win! Phil Carey once again led Lancaster Bible College with a Double Double of 24 points and 11 rebounds. * CONGRATULATIONS TO THE CHARGERS, THE 2015 CHAMPIONS OF NCCAA DIVISION TWO BASKETBALL! *

FINAL FOUR – FIRST BERTH – The Defending Champions go down! The 8th seeded DAVENPORT UNIVERSITY PANTHERS stunned the top seeded Defending Champs of NAIA2 basketball – the INDIANA WESLEYAN UNIVERSITY WILDCATS. An edge-of-your- seat 1st Half ended with the Wildcats on top by just 41-38 and the 2nd Half was just as close. With just 1:06 left to play the score stood at 75-75, the 12th tie of the game. The Panthers made their move and knocked off IWU by a final score of 79-75. Nick Gamble had 19 points to lead Davenport U. END_OF_DOCUMENT_TOKEN_TO_BE_REPLACED