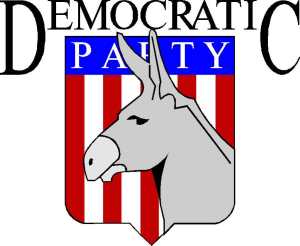 Democrats: Muslims who don’t hate the Western World are useless to us!

You’ll never see self-adoring, virtue-signalling Leftist demagogues like Obama doing photo ops with Muslims who came to America to GET AWAY from the suffocating oppression of the Muslim World and the endless wars which Muslim groups have been waging against each other for over a thousand years.

Muslims are the new toys of the pompous, condescending Liberals (more like fascists) of the Western World. The ONLY Muslims who are useful to them are Muslims who say that America is “Islamophobic” (Oh, NO WONDER they want to come here in such large numbers) or (yawn) racist (Islam is not a race).

You will NEVER see the political media giving air-time to Muslims who want to say “The West is not our enemy” or “Actually I find it fascinating to interact with so many non-Muslims. It’s really opened my mind.” and ESPECIALLY not “I came to America so my daughters can have more freedoms and pursue their own dreams.”

The most worn-out expression from the gutless zombies of American Liberalism or “Libero-fascism” is Western Triumphalism. Any and all Muslims who DON’T hate America or other Western nations get dismissed by the left-wing parties as Western Triumphalists who have “internalized Western Oppression.”

As always with the barely human robots of the political left members of ANY group they decide belongs to them can NOT be “the authentic voices” of that group UNLESS they express hatred of the U.S. and the U.K. etc. Oh, and unless they show mindless, unquestioning allegiance to the Democratic Party (U.S.) or Labour Party (U.K.).

Sadly those Muslims who flee the constant conflicts of the Middle East (which has been a war-torn mess ever since Islam entered the picture and destroyed enlightened Arab cultures) are the ones who have to hide from public exposure lest they be targeted by the violent Muslim fanatics. The Left’s approach mostly hurts the Muslims they pretend to be helping. But that never bothers the Privileged White Snobs of the Left.   END_OF_DOCUMENT_TOKEN_TO_BE_REPLACED

Q: WHY DO YOU CRITICIZE BOTH LIBERALS AND CONSERVATIVES?

Here at Balladeer’s Blog I get asked that question a lot. I have several dozen reasons for doing it, but the one I feel like going with today is:

Because American Liberals have become every bit as intolerant of opposing viewpoints as the worst Christian Conservatives EVER were. 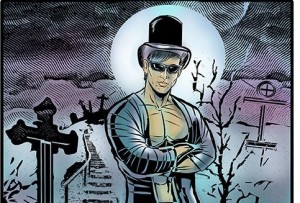 Here at Balladeer’s Blog I criticize both American Liberals and American Conservatives. At this particular point in history the Liberals are so self-infatuated and are so pompous they are even MORE fun to ridicule than Christian Conservatives used to be.

I’ve been getting bombarded with emails from Liberals expressing their usual outrage when other people don’t praise them the way they praise themselves constantly. The cause for this most recent storm was my examination of how Aristophanes’ comedy The Birds could be adapted to fit the present day. Does it deserve THIS much outrage? TO JUDGE FOR YOURSELF CLICK HERE 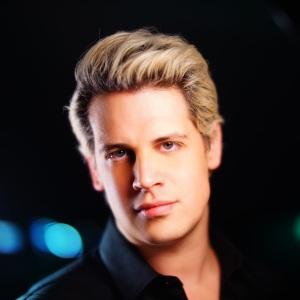 Milo Yiannopoulos, in my view, is the 21st Century Oscar Wilde.

I don’t like either Liberals OR Conservatives but who doesn’t like Milo Yiannopoulos? Well, besides hate-filled, close-minded leftists and the emotional cripples who pretend to be college students here in the 21st Century. Milo is gay, so the fact that he loves ridiculing Political Correctness and all that goes with it positively INFURIATES the barely human political robots of American Liberalism.

To flaunt how indifferent he is to the kinds of things that cause weak- minded left-wing nut-jobs to slink away to their “Safe Spaces” (LMAO) Milo is calling his speaking tour of U.S. college campuses “The Dangerous Faggot Tour.” Milo is always gloriously irreverent to the self-serious asses of the “academic” (LOL) world and his biting comments practically make him the Second Coming of Oscar Wilde.

Milo – just like Yours Truly – loves pointing out the spineless hypocrisy of the political left around the world, especially when it comes to Muslim fascism. Needless to say, just about every stop on Milo’s tour has been met with oppressive “shut up” tactics from those aforementioned barely human political robots of Liberalism.

Trying their tiresome “heckler’s veto” tactics they scream, blow air-horns and otherwise try to disrupt Milo’s speeches because … well because Liberals long ago abandoned freedom of expression. Students at Rutgers are SO emotionally crippled they actually needed COUNSELING after the “trauma” of knowing that somewhere on the campus someone was – (GASP) – SAYING THINGS THEY DISAGREED WITH! END_OF_DOCUMENT_TOKEN_TO_BE_REPLACED