JOE BIDEN: EVEN WORSE THAN ANTICIPATED 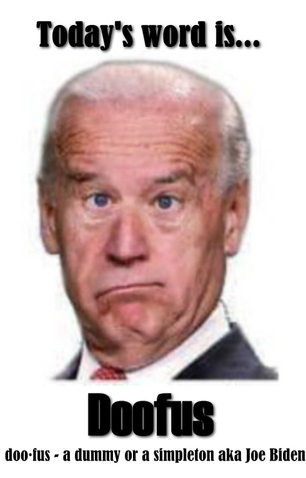 Independent Voter site Balladeer’s Blog takes another look at Joe Biden’s corruption, incompetence, senility and hatred of the working class & the poor. Will he be even worse than America’s last “selected and not elected” president, the execrable George W Bush? Who knows?

HATEMONGER JOE BIDEN CALLED OUT FOR EVEN MORE RACIST COMMENTS. Why does Joe hate non-whites so much?

OVERWHELMED JOE BIDEN ONCE AGAIN PROVES HE IS UNFIT FOR OFFICE BY HIS PANICKED CRYING ABOUT “IMPENDING DOOM” FROM COVID. Democrat media outlets refuse to hold Joe to the standards they’ve held others to when it comes to his failures.

EVEN THE DEMOCRATS AT THE WASHINGTON POST POINT OUT JOE  BIDEN IS LYING ABOUT GEORGIA’S ATTEMPT TO PREVENT SOMEONE LIKE HIM FROM USING VOTE FRAUD IN THE FUTURE. And when even the Post calls out a Democrat in office you know the lies are indefensible.

JOE BIDEN IMITATES HIS TYRANNICAL CHINESE OWNERS WITH HIS WAR ON THE MEDIA AT OUR SOUTHERN BORDER. 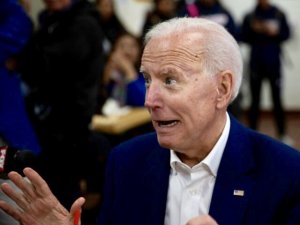 Silence is consent, Democrats tell us.

BIDEN ADMINISTRATION THUGS STILL TRYING TO COVER UP HIS KIDS IN CAGES AT THE BORDER.

JOE BIDEN’S DAILY SCHEDULE CONFIRMS HOW PATHETIC HE IS.

DEMOCRATS AT YOUTUBE REMOVE THE “DISLIKE” FEATURE FROM BIDEN WH VIDEOS TO SPARE THE BUFFOON EVEN MORE HUMILIATION FROM HOW RATIOED HE KEPT GETTING. END_OF_DOCUMENT_TOKEN_TO_BE_REPLACED 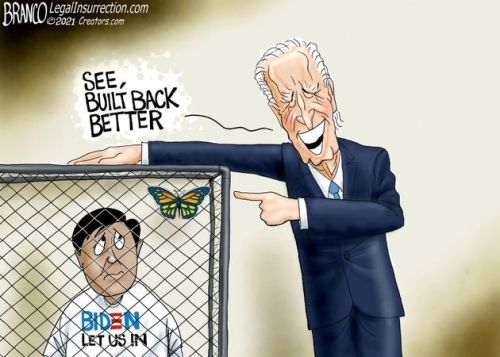 The bloated rich pigs of America learned years ago that backing the Democrats can still get all their callous, plutocratic and anti-working class policies pushed through, but unlike the clueless and useless Republican Party, Democrats in politics and the media can make those rich pigs look like the good guys while they oppress the rest of us. WE NEED THIRD PARTIES. Democrat office-holders are selfish, corrupt, hate-filled and destructive. Republican office-holders are corrupt, impotent and care only about money, not human beings. (Not even their own constituents.)

FASCIST JOE BIDEN STILL WAGING WAR ON A FREE PRESS TO HIDE HIS KIDS IN CAGES.

JOE BIDEN’S BORDER CATASTROPHE IS FUELING PROFITS FOR THE HUMAN TRAFFICKING AND DRUG TRADE. “But think of all the new Democrat voters being let in” seems to be the Party’s attitude.

MORE FALLOUT FROM THE FRAUDULENT 2020 ELECTION – ANOTHER DEVELOPMENT IN GEORGIA. The 2020 election was as tainted as the 1876 and year 2000 elections.

EVEN MORE FALLOUT FROM THE FRAUDULENT 2020 ELECTION – ARIZONA SENATE ORDERS HAND RECOUNT OF OVER 2 MILLION BALLOTS CAST. Have I mentioned that the 2020 election was as tainted as the 1876 and year 2000 elections?

AND STILL MORE FALLOUT FROM THE FRAUDULENT 2020 ELECTION – PENNSYLVANIA TAKING STEPS TO PREVENT THE DEMOCRAT VOTE FRAUD FROM HAPPENING AGAIN.

YES, AND EVEN MORE VOTE FRAUD FALLOUT FROM THE 2020 ELECTION – WISCONSIN STATE ASSEMBLY HAS NOW ORDERED AN INVESTIGATION INTO THE TAINTED RESULTS. It’s a national tragedy that the country has been saddled with the addled and corrupt Joe Biden.

DEMOCRATS’ CEMENTING THEIR VOTE FRAUD ACTIVITIES VIA HR1 IS VERY UNPOPULAR ACCORDING TO RECENT POLLS. But Democrats feel “Too bad! What’s good for our party is all that matters.”

MORE CALLS FOR A CRIMINAL INVESTIGATION INTO THE BIDEN CRIME FAMILY.

THE DEMOCRATS AT TWITTER STILL HELPING BIDEN BY CENSORING PHOTOS OF HIS KIDS IN CAGES. Needless to say, they claim – as always, after the fact – that it was done “mistakenly.” END_OF_DOCUMENT_TOKEN_TO_BE_REPLACED 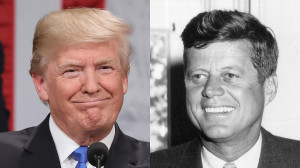 Here at Balladeer’s Blog I’ve been spending much of the day responding to emails and comments from readers asking about the 2020 presidential election. In the FAQ spirit here we go:

A. For Pro-Trump People – I support Trump, yes, but a lot of things still need to be resolved. Just because I am posting about other topics does NOT mean that I have changed my mind. 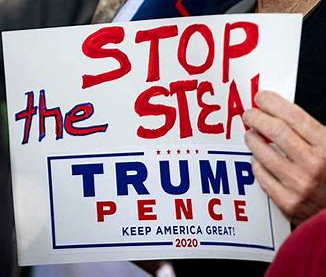 B. For anti-Trump hypocrites – Don’t whine about how Trump should stop fighting for his rightful win. I will not bother responding to any such comments or emails until Trump has spent FOUR YEARS challenging the election results like you fascists did. And like Hillary continues to do. You fools even tried a fraudulent impeachment and lost, so maybe I should add extra time on for that.

C. For all readers – I do see conclusive proof for vote fraud ESPECIALLY in those counties which used the Democrat-Magic software which “accidentally” awarded 6,000 Trump votes to Biden in Michigan. Those votes have been deducted from Biden’s count and assigned to Trump. There are calls and lawsuits now for all other counties in Michigan AND elsewhere in which that same software program was used to do an audit and see how many more Trump votes “accidentally” went to Biden. Democrats DO pretend they want to “count every vote” after all. 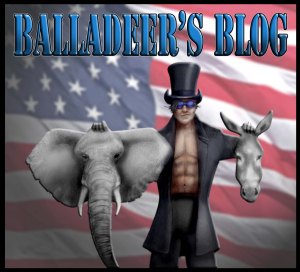 C. For Republican office-holders who want Trump to stop fighting and go, you are also saying that to the MILLIONS of us who only voted for your notoriously craven party in 2016 and 2020 because of Trump.

De facto Third Party President Donald Trump was trying to drag your sorry and pathetic party into the 21st Century. Without him millions of us who voted for him will not bother voting for ANYONE in your party ever again, especially not vermin like Mitt Romney, Chris Christie or any Bush family members.

Donald Trump, as we have just seen, attracted more women and voters of color and Latinos and gay people to your useless party than any other of your sorry candidates in FIVE DECADES. By not supporting Trump at least through the legal challenges you are saying you want to go back to being “The party of Stuffy White Rich Pigs.”

I will be posting much more about the election in the days ahead, so keep checking back. And don’t think my covering other topics means I stopped covering this disputed election. At this same time in 2016 Hillary Clinton was not calling on her supporters to give up yet and in 2000 at this time Al Gore was not calling on his supporters to give up yet. So don’t anyone try saying Trump is being “divisive” or “tearing the country apart” when Hillary and Gore kept the nation in suspense much longer than he has. END_OF_DOCUMENT_TOKEN_TO_BE_REPLACED 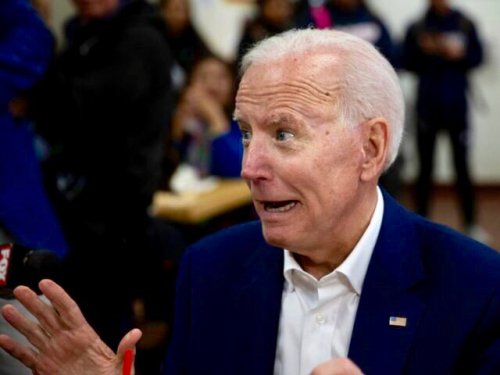 Not even the Democrats’ many, many media outlets can censor ALL the reports regarding the latest explosive revelations about the Joe Biden Crime Family and its Underboss Hunter Biden. The Democrats at social media outlets have been working overtime to provide cover for the Biden campaign on the scandals. 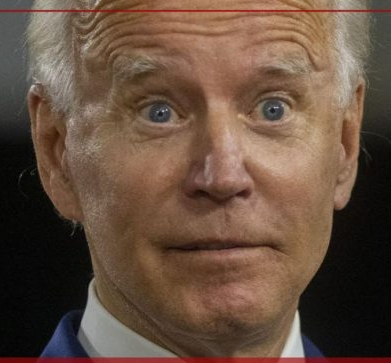 It’s easier to find the story in which the Boilermakers Union publicly corrected Senile Joe Biden when he lied about getting their endorsement than it is to find the full details about the Biden/ Burisma scandal. (The union really endorsed Trump)

At Facebook, one of the Democrat-run social media sites trying to censor the Biden emails story, their Global Policy Manager for “content regulation” AKA CENSORSHIP is Biden associate Anna Makanju, WHO ADVISED JOE BIDEN ABOUT UKRAINE POLICY WHEN HE WAS VICE PRESIDENT AND THE BURISMA SCANDAL’S SEEDS WERE SOWN. Is Anna mentioned in some of the unpublished documents? I don’t know but a reasonable person might well wonder.

And as if Joe Biden’s lies and corruption weren’t revolting enough, here’s Australian news with ANOTHER reminder of how the American media is trying to shore up Senile Joe and his campaign: 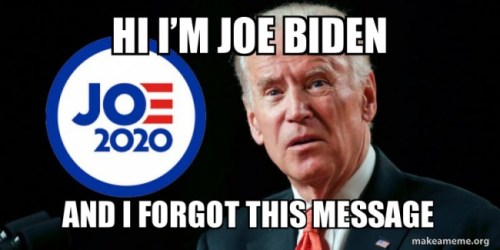