Here at Independent Voter site Balladeer’s Blog I often hear from overseas readers requesting clarification on some of the obscure in-jokes of America’s political culture. This time around it’s regarding why “Let’s go Brandon!” is the ultimate up yours to corrupt Joe Biden and to his corporate media sycophants.

Several weeks ago “Fuck Joe Biden” became the frequently heard roar of the crowds at college football games and then spread to other events, because, well, it’s no secret that Joe Biden is corrupt, demented, blood soaked and much worse. At a recent NASCAR event, Brandon Brown won the race and as he was being interviewed the stands were roaring with the chant of “Fuck Joe Biden!” 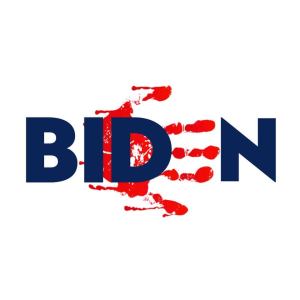 However, corporate media shill Kelli Stavast, scrambling in 1984 fashion to protect Joe Biden as Big Brother, claimed that the crowd was really shouting “Let’s go Brandon!” Not even Biden supporters were stupid enough to believe that, and so things snowballed to the point where “Let’s go Brandon!” became a way of saying “Fuck Joe Biden!” while simultaneously poking at the slavish political bias of the corporate media.

Let’s go Brandon has even been set to music and became a hit on iTunes and elsewhere. Sales of “Let’s go Brandon!” t-shirts and other merchandise have gone through the roof. Online videos expressing the meme have been piling up, like the “exercise” video below, part of the Let’s go Brandon challenge:

Maybe Kelli should have instead gone with “They’re not saying Fuck Joe Biden, they’re saying “BOO-urns.”