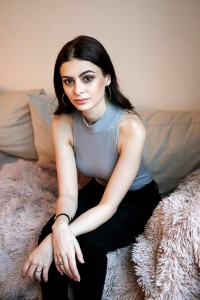 Pipko is a leader of the Jexodus Movement, Jewish voters who have been driven away by the increasing fanaticism and violence of the Democrats. This is similar to #WALKAWAY, the premier movement of former Democrats leaving the party due to its abandonment of the working class and the poor and its ever-growing intolerance of dissenting opinions.

It is also similar to #BLEXIT, the movement of black voters whom the Democrats have driven away. The constant ugly harassment of Trump supporters by unstable Democrats did not start but has helped fuel all three movements. Even many people who dislike Trump have loved ones or friends who DO support him and have been put off by the irrational hostility that Democrats have shown to those friends and loved ones.

For the link to Pipko’s story plus additional Democrat Atrocities see below. END_OF_DOCUMENT_TOKEN_TO_BE_REPLACED