Our insane media tried to claim that their AntiChrist – Trump – had gotten rid of Obama’s MLK statue to make room for the Churchill item. They did that because cheap race-baiting is what the corporate media thrives on. As it turns out the Martin Luther King Jr statue was still there all along. END_OF_DOCUMENT_TOKEN_TO_BE_REPLACED

CNN REPORTS OBAMA WAS THE ONE PAYING TO BE URINATED ON

In keeping with the standards set by America’s corporate media here’s the latest word regarding their obsession with politicians who pay to be urinated upon by sex workers. Once again the hatred that bloated rich pigs feel toward President-Elect Donald Trump has backfired.

CNN reports that BARACK OBAMA IS REALLY THE ONE WHO PAYS TO BE URINATED ON! Michelle Obama confirmed all this, stating that this disgusting fetish of Obama’s was one of the many reasons she stopped having sex with Barack years ago. That and his insistence that she dress him up as a baby complete with a diaper.

Barack now calls himself “An out and proud urophiliac.”

He added with a smile: END_OF_DOCUMENT_TOKEN_TO_BE_REPLACED

AMERICAN MEDIA: THE BLOATED RICH PIGS WHO RUN IT WANT HILLARY AS PRESIDENT

*** *** *** *** *** *** *** If every terse or ill-considered remark made by this bought-and-paid-for criminal was covered in the same paniced and apocalyptic manner that Trump’s every pronouncement was we might have a fair playing field. The American Media has managed the impossible – making Donald Trump the heroic underdog.

American media phonies are so cute when they pretend they care about the families of people in the armed forces. At this point I can’t blame anybody for wanting to vote for Donald Trump just to spite our corporate media, which is owned by the same bloated rich pigs and one percenters who own Hillary Clinton. (I liked Bernie, by the way.)

Hey, I get it, if Hillary doesn’t become president then all the money they funneled to her through the criminal Clinton Foundation will have gone to waste. If those bloated rich pigs want a return on their investment then the slime-dripping, sleaze-oozing Hillary MUST win, no matter how blatant our media’s propoganda has to become. 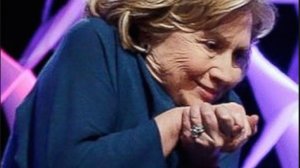 *** *** *** *** *** Remember Hillary bragging about putting coal miners out of work? Had Trump said that he’d STILL be getting interrogated about it. People can tell the media is covering for Hillary.

So it’s been nothing but KHAAAAAAANN from our media non-stop for the past several days. As in the late soldier, apparently a much more decent human being than his Sharia-law supporting father. (Yep. Look it up.)

The late soldier’s parents – like him of the Muslim faith – seemingly decided to borrow a page from Cindy Sheehan and exploit their child’s death for political purposes. They’ve launched personal attacks on Donald Trump for noticing that many terrorists are Muslims.

KHIZR KHAN HAS BEEN TIED TO THE CLINTONS by the way, immediately making motivations suspect if any actual journalists were still employed with our media.

Hillary being rude to a woman from Black Lives Matter. If it was Trump we’d still be hearing about how it proved he was unfit and didn’t have a “presidential temperament.” The media is making Trump a martyr.

At any rate the manufactured outrage that the media has obsessed over in the war of words between the Khan parents and Trump shows our media has reached a new low.

THE MEDIA IGNORES THE THOUSANDS UPON THOUSANDS OF GRIEVING PARENTS WHO HAVE LOST THEIR CHILDREN TO MUSLIM TERRORISM BUT EXPLOITS THE KHANS BECAUSE THEY’RE MUSLIMS WILLING TO WORK FOR THE DEMOCRATIC PARTY’S BENEFIT. YOU WILL NEVER SEE THE DEMOCRATS OR THEIR MEDIA SHOWCASING MUSLIMS WHO OPPOSE ISLAMIC VIOLENCE AND WANT TO LIVE IN THE TWENTY-FIRST CENTURY.

Balladeer’s Blog has covered these topics in the past. Here are a few links to what I’ve written before about the American Media and the Democrats’ selective outrage.