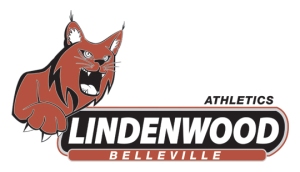 CHAMPIONSHIP GAME – Yesterday was the final day of the 2014 World Series for the USCAA (United States Collegiate Athletic Association). The 2nd seeded LINDENWOOD UNIVERSITY AT BELLEVILLE LYNX were 3-0 in Series play and were simply awaiting their title game opponent. That opponent would be the winner of the clash between the 4th seeded NEWPORT NEWS APPRENTICE SCHOOL BUILDERS and the top seeded defending champions – the UNIVERSITY OF CINCINATTI AT CLERMONT COUGARS. That game was knotted up at 2-2 in the 4th Inning but in the 5th the Cougars took a 4-2 lead and rode that score all the way to the win. Everett Osborne was the winning pitcher.

The battle for the USCAA crown was pretty much of an anticlimax after that exciting game. The Lynx went up 4-0 by the end of the 1st Inning, 5-0 after the 2nd and then led 9-2 after UC- Clermont scored their only runs in the 3rd. LU- Belleville then masterfully logged even more runs in the 6th, 7th and 8th Innings to take the title by a final score of FIFTEEN to TWO! Dylan Arvai got the win. * CONGRATULATIONS TO THE LYNX, THE 2014 CHAMPIONS OF USCAA BASEBALL! *

PRASCO PARK – EARLY GAMES – Yesterday was Day Two of the World Series in the NCCAA (National Christian College Athletic Association). First off the 4th seeded FRESNO PACIFIC UNIVERSITY SUNBIRDS improved to 2-0 in Series play by authoritatively defeating the 9th seeded SHORTER UNIVERSITY HAWKS in a 5-0 shutout.   ###   And in the other early game at Prasco Park the 5th seeded BLUEFIELD COLLEGE RAMBLING RAMS stunned the top seeded OKLAHOMA CHRISTIAN UNIVERSITY EAGLES by a score of 6-3!  END_OF_DOCUMENT_TOKEN_TO_BE_REPLACED

DAY ONE: GAME ONE – Here’s a recap of the opening day of the World Series in the NCCAA (National Christian College Athletic Association). The 4th seeded FRESNO PACIFIC UNIVERSITY SUNBIRDS more than doubled up on the 5th seeded BLUEFIELD COLLEGE RAMBLING RAMS, defeating them by a score of 8-3.

DAY ONE: GAME TWO – The 6th seeded TOCCOA FALLS COLLEGE EAGLES are coming off three NCCAA Division Two national championships in a row from when NCCAA baseball was divided into two divisions. They still proved potent in this first year of combined play, however, stunning the 3rd seeded LEE UNIVERSITY FLAMES in a 6-1 beatdown that set the nation talking!

DAY TWO – GAME ONE – The World Series in the USCAA (United States Collegiate Athletic Association) continued with the 2nd seeded LINDENWOOD UNIVERSITY AT BELLEVILLE LYNX taking on the 6th seeded SAINT JOSEPH’S COLLEGE OF BROOKLYN BEARS. The Lynx were able to put up 2 runs in the bottom of the 3rd Inning in what was otherwise a pitcher’s duel. Those runs held up, giving LU- Belleville a 2-0 victory. The winning pitcher was Michael Sabatino.

DAY TWO – GAME TWO – The 4th seeded NEWPORT NEWS APPRENTICE SCHOOL BUILDERS showed once again that their prowess on the diamond should never be doubted! The Builders took it to the top seeded defending champions of USCAA baseball – the UNIVERSITY OF CINCINATTI AT CLERMONT COUGARS ! NNAS gave up 1 run each in the 1st and 7th Innings but their own bats were on fire, scoring 3,5 and 1 run in the 4th, 5th and 7th Innings respectively for a 9-2 victory. Builders pitcher Taylor Gomer got the win. END_OF_DOCUMENT_TOKEN_TO_BE_REPLACED

COLLEGE BASEBALL: DAY ONE RESULTS FOR THE USCAA WORLD SERIES PLUS THE NAIA & NJCAA PLAYOFFS

GAME ONE – The 4th seeded NEWPORT NEWS APPRENTICE SCHOOL BUILDERS found themselves trailing their opponents – the 5th seeded BRIARCLIFFE COLLEGE BULLDOGS – 1-0 after the 1st Inning and 2-1 in the 6th. The Builders notched 2 more runs in that frame to take a 3-2 lead then clamped down defensively to ride those 2 runs to a Day One victory. Pitcher Sam Massie got the win.

GAME TWO – The top seeded defending champions of USCAA baseball – the UNIVERSITY OF CINCINATTI AT CLERMONT COUGARS – took on the 8th seeded VICTORY UNIVERSITY EAGLES, a team playing with the melancholy knowledge that their school will be be closing its doors for good this summer. The Eagles got off to a 1-0 lead in the 3rd Inning but the Cougar’s bats came alive in the 4th and they went on to win by a score of 4-2. Ryan Beard was the winning pitcher. END_OF_DOCUMENT_TOKEN_TO_BE_REPLACED

Where does the time go? It seems like yesterday it was August and the season was just beginning. Now here we are getting ready for the postseason. Here are the 16 teams that made the NAIA college football playoffs for 2013 and their First Round matchups for this Saturday, November 23rd. The defending champions, the Marian University Knights, did not even make the field after a disappointing season so there will definitely be a new champion crowned on December 21st in Rome, GA.

END_OF_DOCUMENT_TOKEN_TO_BE_REPLACED

DREAM REIVERS – Just four years after the start of their institution’s football program the IOWA WESTERN REIVERS became the national champions of the NJCAA! The top- ranked Reivers defeated perennial gridiron powers the number 2 BUTLER (KS) GRIZZLIES in an epic clash between a feisty newcomer and an established powerhouse. Most surprising of all was the way Iowa Western College dominated the game from start to finish, pounding Butler by a score of 27-7. Congratulations to the Reivers!

DEFENDING CHAMPS DETHRONED – Just a week after Balladeer’s Blog pronounced them this year’s Team of Destiny in the NAIA the MORNINGSIDE COLLEGE MUSTANGS unseated the incumbent champions, the SAINT XAVIER UNIVERSITY COUGARS. The homestanding Mustangs were all business and dominated on both sides of the ball, advancing to the December 13th national championship game with an intimidating 47-19 win.

ONE STEP FURTHER – Last year the MARIAN UNIVERSITY KNIGHTS made it to the NAIA semi-finals but lost to St Xavier University. This year the Knights proved that the additional year of experience under their belts made all the difference. Marian U took it on the road this time around and won a grueling, hard-fought Instant Classic against the MISSOURI VALLEY COLLEGE VIKINGS  20-17. It will be Knights vs Mustangs for the NAIA title on December 13th in Rome, GA.

NUMBER ONE TAKES A FALL – The overall one seeds in NCAA Division 2, the CSU-PUEBLO THUNDER WOLVES, were upset in the quarter-finals by the WEST TEXAS A&M BUFFALOES. The Buffaloes have been this season’s answer to last year’s Wayne State, having to play on the road every round but coming away with win after win. West Texas proved they weren’t fooling around today and put the Thunder Wolves away in convincing fashion by a final score of END_OF_DOCUMENT_TOKEN_TO_BE_REPLACED 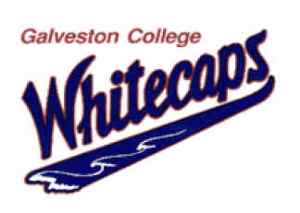 It’s another fine day of postseason college baseball action here at Balladeer’s Blog. The NCCAA2 World Series champions will be crowned today as those two juggernauts from the South Region, the Florida Christian College Suns and the Toccoa Falls College Eagles clash for the title.

The Suns and the defending champion Eagles are rapidly becoming the Yankees and Red Sox of the NCCAA. They faced each other for the South Region championship, then came into the World Series seeded 1st (TFC) and 2nd (FCC) and with the dust settled they’re the only teams left standing to play for it all.

Meanwhile the Galveston College Whitecaps (logo above left) are among the NJCAA teams hitting the diamond today as their playoffs resume, and in the NAIA playoffs the Oklahoma City Bracket rejoins the other brackets in action after a hiatus yesterday. 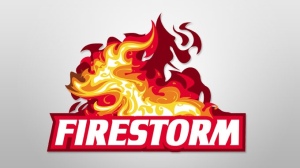 Comment: With a butt-kickingly cool name and logo like this combined with the school’s Phoenix, AZ location look END_OF_DOCUMENT_TOKEN_TO_BE_REPLACED

NAIA SEMIFINALS – The ST XAVIER  UNIVERSITY COUGARS came into Indianapolis determined to make up for their lone regular season loss. That loss came at the hands of the MARIAN UNIVERSITY KNIGHTS who, by virtue of their win in that game became the number 1 team in the polls and the top seed in the playoffs. SXU sank to the 5 seed but after today’s sweet revenge advance to the championship game in Rome, GA on December 17th. SXU came out on top 30-27 in this post-season Instant Classic.

Meanwhile, in the other NAIA semifinal the defending champions, the CC FIGHTING SAINTS, proved as potent as ever, embarrassing the visiting GEORGETOWN (KY) TIGERS by a score of 35-3. The score was 14-3 at halftime but apparently the Fighting Saints were just toying with Georgetown like a cat playing with a mouse. The Hellions from Helena have won 6 of the past 9 NAIA football titles and the SXU Cougars will have a difficult time dethroning them. But who knows? St Xavier put itself on the national football map for good in 2006 by upsetting CC in Helena, so maybe they have a decent shot in a neutral stadium in Rome, GA.

EL TORO BOWL – The EAST MISSISSIPPI  LIONS won their 1st national championship in any sport yesterday in a 55-47 shootout win over the ARIZONA WESTERN COLLEGE MATADORS. The END_OF_DOCUMENT_TOKEN_TO_BE_REPLACED

Welcome to another wonderful Saturday of postseason college football! The NAIA (National Association of Intercollegiate Athletics) playoffs are down to their semi-finals today. The defending champions, the CC Fighting Saints, welcome fellow traditional football power the Georgetown (KY) Tigers while the other semi-final matchup brings us a rematch. Just a few weeks ago the St Xavier University Cougars and the Marian University Knights were ranked one and two in the nation, respectively, when the Knights brought down Mike Feminis’ Cougars. Now the two teams play again in Marian’s house for the right to advance to the NAIA Championship Game in Rome, GA.

The NJCAA Championship Game will be played today in the El Toro Bowl and will pit the Arizona Western College Matadors against the East Mississippi Lions. Kickoff is at 2:30pm PT.

Quarter-final games will be played in NCAA Division 2 and in Division 3 where there is still a chance for a seventh consecutive title game between the Whitewater Warhawks, the reigning champs, and the other dominant D3 football dynasty, the Mt Union Purple Raiders. In addition there will be Bowl games in END_OF_DOCUMENT_TOKEN_TO_BE_REPLACED