DAY TWO – GAME ONE – The World Series in the USCAA (United States Collegiate Athletic Association) continued with the 2nd seeded LINDENWOOD UNIVERSITY AT BELLEVILLE LYNX taking on the 6th seeded SAINT JOSEPH’S COLLEGE OF BROOKLYN BEARS. The Lynx were able to put up 2 runs in the bottom of the 3rd Inning in what was otherwise a pitcher’s duel. Those runs held up, giving LU- Belleville a 2-0 victory. The winning pitcher was Michael Sabatino.

DAY TWO – GAME TWO – The 4th seeded NEWPORT NEWS APPRENTICE SCHOOL BUILDERS showed once again that their prowess on the diamond should never be doubted! The Builders took it to the top seeded defending champions of USCAA baseball – the UNIVERSITY OF CINCINATTI AT CLERMONT COUGARS ! NNAS gave up 1 run each in the 1st and 7th Innings but their own bats were on fire, scoring 3,5 and 1 run in the 4th, 5th and 7th Innings respectively for a 9-2 victory. Builders pitcher Taylor Gomer got the win.

DAY TWO – GAME THREE – The 9th seeded ROCHESTER COLLEGE WARRIORS meanwhile pulled off an upset of their own against the 5th seeded BRIARCLIFFE BULLDOGS. The Warriors led 2-0 after 2 Innings, 3-0 after 3 Innings, 3-2 after 4 but were all tied up at 3 apiece after 5 Innings. Rochester College added 2 more runs in the 6th and rode those to a 5-3 win. Scott Kunert of the Warriors got the save.

DAY TWO – GAME FOUR – This game pitted the 3rd seeded PSU- GREATER ALLEGHENY NITTANY LIONS against the 10th seeded host institution – the ROBERT MORRIS UNIVERSITY EAGLES. The game was all Nittany Lions all the time as PSUGA led 2-1 after the 1st Inning and never looked back enroute to a TWELVE to TWO victory. PSUGA pitcher Matt Klena notched the W.   ###   The Nittany Lions followed that up with a 7-1 thrashing of the 7th seeded SELMA UNIVERSITY BULLDOGS. Eddie Emes pitched the winning game in this clash.

DAY TWO – GAME FIVE – The 8th seeded VICTORY UNIVERSITY EAGLES, whose institution is closing its doors for good this summer, played another emotional game, this one against the 9th seeded ROCHESTER COLLEGE WARRIORS. The Eagles trailed 2-1 after 3 Innings and 4-1 after 4. Victory University scored at least 1 run in each of the remaining Innings to ultimately win by a final score of 6-5. For the Eagles pitcher Barry Bartlett got credit for the win.

KINGSPORT BRACKET – The 4th seeded BRYAN COLLEGE LIONS won a pair of games yesterday. First they eliminated the 2nd seeded BREWTON- PARKER COLLEGE BARONS, who once again wilted in the spotlight. The Lions started out trailing the Barons 1-0 after 1 Inning but tied it up at 1-1 in the top of the 3rd. They added 3 more runs in the 8th then withstood a 2 run drive by BPC in the 9th for a 4-3 win.   ###   In the night game the Lions led the 5 seeds – the CULVER- STOCKTON COLLEGE WILDCATS 4-0 going into the 7th Inning then had to hold on against the Wildcats’ furious comeback attempt. BC eliminated CSC  5-4.   ###   And the top seeded MISSOURI BAPTIST COLLEGE SPARTANS converted a 2-1 5th Inning lead into a 5-2 final score for a win over the 3rd seeded CUMBERLAND UNIVERSITY BULLDOGS.

JACKSON BRACKET – The 4th seeded STERLING COLLEGE WARRIORS upset the 2nd seeded OKLAHOMA CITY UNIVERSITY STARS in an eliminaton game. The Warriors won 3-1 to bounce the Stars for the 2nd year in a row!   ###   Meanwhile the top seeded OKLAHOMA WESLEYAN UNIVERSITY EAGLES turned a 1-0 1st Inning deficit into a 2-1 5th Inning lead over the 3 seeds – the BELHAVEN COLLEGE BLAZERS. The Blazers added a run in the 7th while the Eagles added 2 more in the 8th for a final score of 4-2, OWU.   ###   And the 5th seeded UNIVERSITY OF HOUSTON AT VICTORIA JAGUARS stayed alive by eliminating the (4) Warriors. The Jaguars led 2-0 after 1 Inning, 3-1 after 3 and after a Warrior run in the 5th held on to win the game 3-2.

DAYTONA BEACH BRACKET – The 4th seeded TENNESSEE WESLEYAN COLLEGE BULLDOGS, just two years removed from their most recent national championship, won a pair of elimination games yesterday. First the Bulldogs faced the 3rd seeded TALLADEGA COLLEGE TORNADOES in a game that saw the teams score in every Inning but the 6th. TWC trailed 8-5 after 5 Innings but ultimately won by a score of 11-9.   ###   Then in the night game the Bulldogs survived an 11 Inning marathon against the 2nd seeded LSU- ALEXANDRIA GENERALS. 2-1 was the end result in this pitcher’s duel.   ###   And the top seeded SOUTHERN POLYTECHNIC RUNNING HORNETS expanded a 1-0 4th Inning lead into a 4-1 triumph over the 2nd seeded EMBRY- RIDDLE AERONAUTICAL UNIVERSITY EAGLES.

MONTGOMERY BRACKET – The 2nd seeded LSU- SHREVEPORT PILOTS (riverboat pilots) found themselves in the unfamiliar position of having to fight through two elimination games themselves. First the storied Pilots outperformed the 4th seeded JUDSON UNIVERSITY EAGLES on both sides of the ball to take an 8-5 victory.   ###   Then in the late game those same Pilots battled the 5th seeded POINT UNIVERSITY SKYHAWKS in a game that went scoreless for 6 Innings. The Skyhawks took a 1-0 lead in the 7th but LSUS managed a 2-run 9th Inning rally to win the game  2-1.   ###   And the top seeded defending champions of NAIA baseball – the FAULKNER UNIVERSITY EAGLES – parlayed a 2-0 2nd Inning lead into a 5-0 5th Inning lead and ultimately a 5-1 victory over the 3rd seeded MIDAMERICA NAZARENE UNIVERSITY PIONEERS. 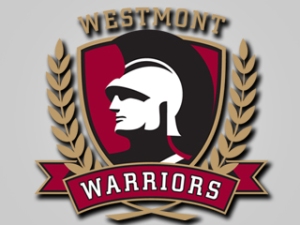 LAWRENCEVILLE BRACKET – The 4th seeded WESTMONT COLLEGE WARRIORS battled the 3rd seeded WILLIAM WOODS UNIVERSITY OWLS in a TWELVE INNING marathon. This epic of the diamond was tied at 1-1 after 2 Innings, 2-2 after 3, then the Warriors took a 3-2 lead in the 4th. That became a 4-2 lead after 6 Innings but just 4-3 after 7. Regulation ended in a 5-5 tie and in the top of the 12th Westmont College got the go-ahead run for a 6-5 win.   ###   The 2nd seeded SOUTHEASTERN UNIVERSITY FIRE breezed through another game, this time routing the 5 seeds – the ST FRANCIS (IL) FIGHTING SAINTS – by a score of 7-0.   ###  And the top seeded GEORGIA GWINNETT COLLEGE GRIZZLIES trailed the (4) Warriors 7-2 in the 7th Inning but then launched an incredible comeback to eliminate Westmont in a 9-8 Instant Classic.

SHAWNEE BRACKET – After rain caused the postponement of all but one game in this bracket yesterday Day Two saw all three games get played. The 2nd seeded BELLEVUE UNIVERSITY BRUINS trailed the 3rd seeded NORTHWESTERN (IA) COLLEGE RED RAIDERS 1-0 after the 4th Inning but tied it up 1-1 in the 5th. The Bruins then rode another run in the 6th Inning to a 2-1 final score for the win.   ###   Meanwhile the top- seeded OKLAHOMA BAPTIST UNIVERSITY BISON batted around the 5th seeded BACONE COLLEGE WARRIORS to the tune of 10-3.   ###   And the (3) Red Raiders eliminated the losers of yesterday’s game – the 4th seeded FRIENDS UNIVERSITY FALCONS – in a blowout. Northwestern College led 9-0 before the Falcons finally got on the board in the 6th Inning with 3 runs. The final score was Red Raiders 12  Falcons 5.

HUTCHINSON BRACKET – Due to weather conditions only two of yesterday’s three scheduled games were played in this bracket. In the first game the 4th seeded MAYVILLE STATE COMETS battled the 2nd seeded DOANE COLLEGE TIGERS for the right to remain in the tournament. This elimination game was a defensive grudge match, with the Comets scoring 1 run in the bottom of the 9th Inning to win 1-0.    ###   And  the top seeded TABOR COLLEGE BLUE JAYS shut out the 3 seeds – the UNIVERSITY OF JAMESTOWN JIMMIES – while they themselves put up 3 runs in the 6th Inning and 1 more in the 9th for a 4-0 victory. The Jimmies left four runners stranded.

SANTA CLARITA BRACKET – The top seeded SAN DIEGO CHRISTIAN COLLEGE HAWKS took on the 3 seeds – the DAVENPORT UNIVERSITY PANTHERS. The Panthers got off to a 1-0 lead in the top of the 1st Inning and held that lead all the way until the 5th when the Hawks logged 2 runs of their own. The accent was on defense the rest of the way as SDCC went on to win the game 2-1.   ###   Meanwhile the  4th seeded VANGUARD UNIVERSITY LIONS upset and eliminated the 2nd seeded MASTER’S COLLEGE MUSTANGS. The Lions scored in the 2nd and 8th Innings for a 2-0 shutout victory.   ###   And the 5th seeded UNIVERSITY OF BRITISH COLUMBIA THUNDERBIRDS in turn eliminated the (4) Lions, leading them 8-0 by the 3rd Inning and going on from there to win by a final score of 10-4.

MARION BRACKET – Due to weather conditions only one of yesterday’s three scheduled games in this bracket were played. In that lone game to be completed the 4th seeded MIDLAND UNIVERSITY WARRIORS did battle with the 2nd seeded POINT PARK UNIVERSITY PIONEERS in an elimination clash. The Warriors took a 1-0 lead in the 1st Inning, made that a 3-1 lead in the 2nd and a 4-1 lead by the 3rd. In the 5th it became a 6-2 Midland lead with the Pioneers adding 2 more runs themselves in the 8th for an end result of a 6-3 victory for the Warriors.

SOUTHEAST DISTRICT – CHAMPIONSHIP GAME – The PASCO HERNANDO STATE CONQUISTADORS did battle with the SOUTHEASTERN COLLEGE AT WHITEVILLE RAMS for this District’s crown. The Conquistadors were never really in danger in this lopsided game and when everything was said and done Pasco Hernando State had pummeled the Rams by a final score of 9-2. * CONGRATULATIONS TO THE CONQUISTADORS, WHO MOVE ON TO THE NJCAA2 WORLD SERIES! *