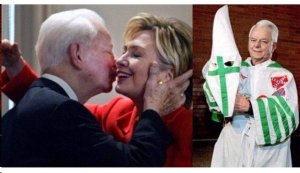 Hillary with Democrat Ku Klux Klansman Robert Byrd. Yet she lectures US about racism.

Hillary Clinton continues her historic attempt to be the first organized crime leader to become president. Since I’m an Independent Voter I can objectively point out a few things that need emphasized right now.

*** HILLARY IS IN NO POSITION TO CALL OTHER PEOPLE RACISTS – Hillary, like so many Democrats, was close to Klansmen. Senator Robert Byrd – a Democrat – was the last known major federal politician to have been a high-ranking member of the Ku Klux Klan hate group.

Clinton referred to Byrd as her mentor on many occasions. In the Arkansas political milieu in which her career started she doubtless interacted with plenty more KKK members. Also knowingly.

“Oppressing people while posing as the oppressed!”

*** THE DEMOCRATS WERE THE PARTY OF SLAVERY, JIM CROW AND THE KU KLUX KLAN – As I’ve mentioned in the past, Americans are fools for letting DEMOCRATS of all people browbeat them about slavery. Hillary Clinton, like all Democrats, tries to act like their party is free to put its ties to slavery behind them, but Americans as a whole still bear some absurd collective guilt over it.

Nope, Democrats, YOU are the organization that perpetuated slavery and continued harassing African-Americans for a century AFTER slavery was abolished here. If YOU can just say “Well, that was long ago. We’re better people now” then so can the rest of us. Especially Americans whose families weren’t even LIVING HERE during the slavery era. 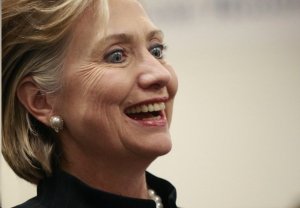 *** THE CORPORATE MEDIA’s obsession with trying to force the public to like the execrable Hillary Clinton has reached insane levels. Comically enough, it puts me in mind of the movie Citizen Kane, in particular the portion when Charles Foster Kane uses his media empire to try to force the public to pretend his wife Susan Alexander Kane is a talented opera singer.

It’s all meant as a counterpoint to the earlier scene in which an increasingly authoritarian Kane tells his original wife that people will think … “What I TELL them to think!” The ugly cockroaches of the American media apparently feel this same way. However, the fictional Susan Alexander Kane was a horrible singer and Hillary Clinton is a repellant human being. Hillary’s media allies are left like Charles Foster Kane – loudly clapping alone in the dark.    END_OF_DOCUMENT_TOKEN_TO_BE_REPLACED

BLOATED RICH PIGS AND YOU 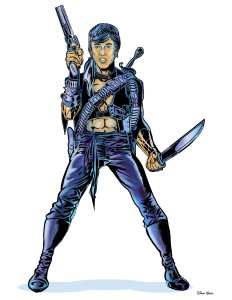 Dystopia? You’re living in it!

All around the Western World and for decades now, bloated rich pigs and their bought & paid for flunkies in the political class have been using the rest of us as whipping boys for THEIR failed policies. They and theirs continue to screw up the world and screw the people of the world and every election cycle they preach to us more loudly about how it’s OUR fault, not theirs.

The ultimate irony is that it was the political left that gave the blueprint for modern oppression to the wealthy elites they used to oppose. The ridiculous notion of the Collective Guilt of the Western World was the best thing that ever happened to the rich and the powerful. I’ll buy that the bloated rich pigs and the political class should have borne the guilt and shouldered the blame, but regular citizens?

Uh, yeah, like it’s the Archie Bunkers who ruled the world of the past, not the George Soroses and the Koch Brothers. Wealthy and/or blue-blooded familes like the Bushes and the Pelosis have gotten a pass, sort of like Death Camp administrators who escaped and lived large in South America while German citizens absorbed the anger of the world. (Remember, Godwin’s Law pussies don’t impress me so don’t bother citing it.) 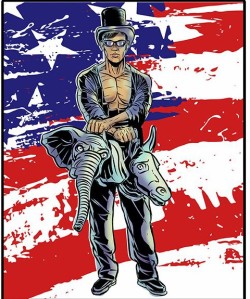 The Working Class – yes even the white ones, you “White Privilege” fanatics – never had the money or the power to “oppress” anyone. But the Working Class, who suffered under the yoke of bloated rich pigs and politicians EVEN DURING THE TIME PERIOD WHEN WE’RE TOLD WHITE PEOPLE RULED THE WORLD – now CONTINUE to suffer under the yoke of the rich and powerful but also get lectured and talked down to as if they are to blame for the abuses that those elites inflicted on the world in the past and present.

For Working Class white people and Working Class black people to engage in hostility toward each other is a monumental waste of time that will do NOTHING to improve the lot of either of them. How ironic that the wealthy ultimately co-opted Marxism and used it as the latest lash to whip their victims and all it took was the irrational concept that ALL people of the Western World bore collective guilt for colonialism, war, racism and economic inequality. END_OF_DOCUMENT_TOKEN_TO_BE_REPLACED