YES, CANCEL CULTURE IS AN ATTACK ON FREEDOM OF EXPRESSION 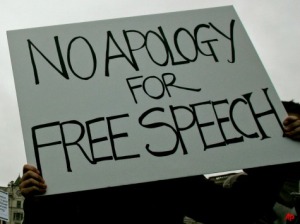 Free Speech has been under assault by both Liberals and Conservatives in recent decades, but mostly by Liberals in the past twenty years via Political Correctness and Cancel Culture. There was a time when Liberals actively supported freedom of expression because they understood it was THE primary freedom from which all other freedoms flowed. The early figures from my own country’s history protected speech with the FIRST Amendment to the Constitution because they knew all too well that ideas that are considered taboo and offensive today might be considered essential truths by future generations. 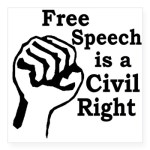 They became the Political Correctness Police and anyone who offended their 1960s attitudes had to be silenced because – as they knew so well from their own experience – when controversial ideas are given the room to breathe they can often thrive. The totalitarian asses of the 1960s left can’t bear the fact that younger people might have opinions that offend THEM as much as their opinions offended their parents’ generation.

And it’s not just in America. All around the world similar assaults on Freedom of Expression are being made by white, one percenter fascists like Jack Dorsey, Mark Zuckerberg and their ilk. When hypersensitive fools around the world want material banned as “offensive” to their closed minds, too many people still cave to their shrill demands. Considering that the more easily offended someone is the less intelligent they tend to be I find it amazing that Politically Correct censorship has thrived the way it has. 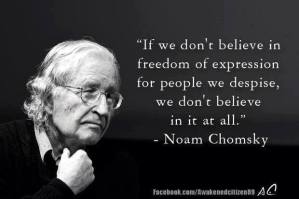 Keep in mind Spinoza’s wonderful line “Every man should think what he likes and say what he thinks.” That still rings true because no matter what the hypersensitive fools who want to censor the rest of us find offensive NONE of them has the right to try to extinguish one single product of the human mind. END_OF_DOCUMENT_TOKEN_TO_BE_REPLACED

The political intolerance of the shallow, uninformed and emotionally unstable fascists called Democrats knows no bounds. They unabashedly call for the personal and professional destruction of everyone who thinks differently or votes differently than they do while ignoring the fact that they are practicing their own – even more fanatical – form of McCarthyism. In fact, Democrats are such fascist filth that if someone doesn’t denounce the Democrats’ countless objects of hatred as fanatically as THEY do, they want the person destroyed. “Lack of sufficient zeal” I guess. 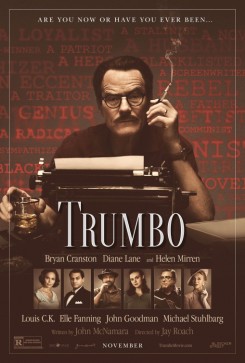 This movie is further proof that Democrats are the biggest hypocrites in history.

TRUMBO (2015) – How about “Are you now or have you ever been a racist or imperialist or Islamophobic or privileged?” Regular readers of Balladeer’s Blog know how sick I am of the increasingly meaningless Democrats vs Republicans paradigm. It’s just that right now American Democrats are far more pompous, divisive and hubristic and in need of being cut down to size.

Case in point: the movie Trumbo. Only America’s Democrats could be so lacking in self-awareness that they would – in this age of non-stop harassment of dissenting opinions, of police, of Trump supporters, an age of Cancel Culture, the Political Correctness Police and SJW persecutors – yes, only the monumentally hypocritical trash called Democrats would be so lacking in self-awareness that they would trot out (for the millionth time) the story of Dalton Trumbo and some of the other figures who were black-listed during the Communist Witch Hunt of decades ago.

For the past few decades Left-Wing Archie Bunkers  have been the ones black-listing and inflicting draconian punishments on people who dare to hold different political opinions than they do.

We are still suffering under the “Racist” and “Privilege” and “White Supremacy” Witch Hunts that Democrats continue to pursue with the same sickeningly judgmental attitude and spurious statistics that Joe McCarthy was accused of. How many careers (and therefore lives) have we all seen ruined by the cold, merciless asses of the political left? Often over  simple remarks or organizations the victims belonged to or political contributions they made YEARS earlier. Plus DemoKKKrats accuse people of being racists/ white supremacists as a scare tactic the way accusations of being a Communist were used back then.

Anyone under 30 (maybe even 40) who watches Trumbo needs to focus on the OBVIOUS parallels to the way Democrats hound and persecute dissenters and any behavior they choose to interpret as “racism” or more generally as “hate.” When you watch right-wing zealots obsessively looking for “pernicious communism” and “secret communist messages” in Trumbo’s screenplays make a point of noting the similarities to the way Democrat zealots obsessively look for “white supremacy”, “xenophobia”, “imperialism,” “colonial narratives” and on and on through the entire list of their paranoid fixations.

Democrats are monumental hypocrites who thrive on censoring dissenting ideas and black-listing people who hold those ideas even though they pretended to disapprove of censorship and black-listing when those tactics were used against them. END_OF_DOCUMENT_TOKEN_TO_BE_REPLACED