Independent Voter site Balladeer’s Blog presents another former Democrat whose take on the way that political party has become intolerant and fascistic greatly resembles mine from years ago when I left “The Party”.

Sasha Stone, on Free Speech platform Substack, recently detailed her disillusionment with the Democrats and disgust with Joe Biden AND the forever-tainted 2020 presidential election. In addition, Stone also addressed career criminal Joe Biden’s recent bout with projection when he accused his regime’s critics of “semi-fascism.”

Sasha titled an episode of her podcast “The Semi-Fascists Are Coming from Inside the House.” (For overseas readers, that’s a play on the well-worn “The calls are coming from inside the house” meme.) You can read the text or listen to it HERE. A great line from Stone is “The side that purges dissent, demands ideological compliance, and dehumanizes the opposition isn’t the side that believes in Democracy.”

Another great take from Sasha addresses the notoriously corrupt 2020 presidential election, which has joined the 1876 and year 2000 elections on the scrap heap of political outrages which installed the likely loser of the race in the White House:

“The 2020 election was even further proof, at least to me, that the Democrats had now become corrupt, that they had way too much power and wealth such that we might never have a free and fair election again. They spent $1 billion, the most expensive election in history to elect Joe Biden.

“They changed voting laws to close the enthusiasm gap they battle with in every election and simply collect votes from voters who weren’t motivated to go to the polls themselves. They took complete control of nearly every major institution just to stop Trump… ”

And there is this terrific item in which Stone details how she finally reached the point that so many of us reached long ago with the hatemongering, criminal Democrats. You can read it HERE.

Sasha has joined us in choosing to #WALKAWAY from that increasingly unhinged party. You can subscribe to her YouTube Channel HERE. Below is a sample of one of her videos.

FOR SOME OF THE PAST INSTALLMENTS READ ON: 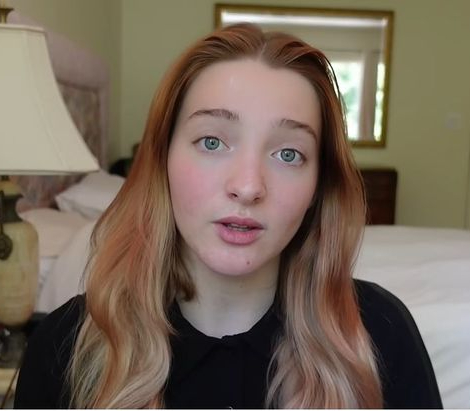 Here at Balladeer’s Blog I’ve written plenty over the years about how the increasing derangement, intolerance and fascism of the Democrats drove me to leave that political party and become an Independent Voter. Periodically I shine light on other people who have come to feel the same way. Here are several:

Misha Petrov did a YouTube video that made a lot of news lately as she joined so many of us in recognizing how hate-filled the Democrats have become. The link to the full piece is below but first some excerpts –

“The video centered around how Petrov had considered herself a Democrat like most people her age. She was neck-deep in leftism, especially in her university … She couldn’t get through a math class without it being woke. Soon, Petrov found herself unable to continue identifying with the left and as her video states, she left it. This includes her university which had sunk so far into wokeness that it stopped being a place of learning.” (NOTE FROM BALLADEER: Which is why I often refer to how Democrats have distorted the educational system into a church of irrational thought and political intolerance.)

“Petrov would be pushed further away from the left as her university descended into madness. Men would walk into women’s restrooms under the claim they were trans but would put no effort into looking like a woman at all, and assignments from professors would focus on identity politics and trigger warnings. Soon, Petrov would walk away from the hypocrisy and infantilization she was being forced to embrace.”

DAVE RUBIN – First some excerpts and then a link to the full article.

“All of this has led me to be believe that much of the Left is no longer progressive, but regressive.” FOR THE FULL ARTICLE CLICK HERE. For another one HERE.

Professor Gerard Alexander wrote a New York Times op-ed titled “Liberals, You’re Not as Smart as You Think You Are.” First excerpts then the link.

“Liberals are not as smart, or as persuasive, as they think. Liberals dominate the entertainment industry, many of the most influential news sources and America’s universities. … But this makes liberals feel more powerful than they are. In fact, liberals may be more effective at causing resentment than in getting people to come their way.”

“Liberals are trapped in a self-reinforcing cycle. When they use their positions in American culture to lecture, judge and disdain, they push more people into an opposing coalition that liberals are increasingly prone to think of as deplorable. That only validates their own worst prejudices about the other America.” For the entire piece click HERE.

*** A SECULAR/ AGNOSTIC CALIFORNIAN wrote how ” … I want to share with you, from the liberal bastion of Northern California, that I am officially tired of the type of people who have surrounded me my entire life. In the wake of Trump’s election, I am experiencing ‘tribe fatigue.’ I’m not tired of The Other, Detestable Tribe. I’m tired of my own.”

” … November 8 and its aftermath revealed to me that I am just so tired of these people. I can’t be like them, and I don’t want my kids turning into them. I am tired of their undisguised contempt for tens of millions of Americans, with no effort to temper their response to the election with humility or empathy.”

“I am tired of being bored and exasperated by everybody. I feel like I have read this book a thousand times, and there are no surprises in it.” For the entire piece click HERE.

*** M. FARADAY wrote in 2016 “For the millions raised as leftists, it is not an ideology; it is a culture. Since childhood, they have lived and breathed it every day in the home. They know nothing else. Like any culture, it is a way of speaking, thinking and acting, with its own narratives and rituals. Narratives are held sacred, repeated, reinforced and, over time, added to. That which challenges sacred narratives, even reality itself, is met with confusion and hostility.”

“It (21st century liberalism) harnesses together childish emotions and paranoid thought processes. Its narratives are a filter that reality has to try to struggle through, often failing. The child-like thinking solves all problems without pesky details and facts interfering, leading to delusions of intellectual brilliance.” For the full item click HERE. 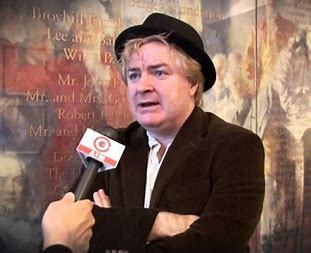 *** PHELIM MCALEER on this topic –

“One of the first things I learned when I came to America was that American Progressives don’t much believe in progress. In fact they are among the most conservative – even regressive – people I know.”

“As I got to know my new country I discovered that very often leftism debased terms so badly that they meant the opposite of what they should.” For the full piece click HERE.