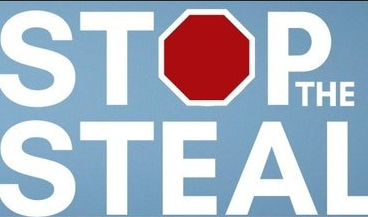 My God, do people have short memories! Al Gore’s challenges to the 2000 election went on for about 37 days after Election Day. Hillary and her supporters were STILL having recounts done in 2016 at this time and TO THIS DAY they claim Hillary was robbed. Yet those same Democrats are pretending that Biden is official.

THE MEDIA’S DECLARATIONS OF ELECTION WINNERS ARE NOT OFFICIAL. IT BECOMES OFFICIAL AFTER THE ELECTORAL COLLEGE MEETS IN DECEMBER AND CASTS THEIR VOTES. WE JUST WENT THROUGH THIS FOUR YEARS AGO. HOW CAN PEOPLE HAVE FORGOTTEN? 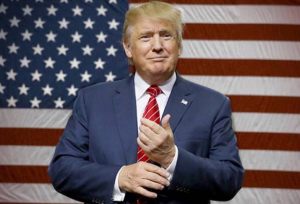 In the meantime, de facto Third Party President Trump has the same right Hillary Clinton and Al Gore had to exhaust the process. Lawsuits and calls for further audits of software are still in the works. Literally THOUSANDS of Votes erroneously credited to Biden have already been caught and designated for Trump like they were supposed to be.

Hillary and Gore had their political party apparatus behind them. Since Trump is an outsider fighting America’s notoriously corrupt political system many of the white collar criminals of RepubCorp are abandoning him. Both crooked political parties want Trump to just go away so they can get back to corrupt business as usual.

ALSO, REMEMBER THE NOVEL IN WHICH THE SUPPOSED WINNER OF THE PRESIDENTIAL ELECTION DIES IN BETWEEN THE ELECTION AND THE CASTING OF THE ELECTORAL VOTES, LEAVING ELECTORS WONDERING IF THEY SHOULD CAST THE VOTES HE GOT FOR HIS CLEARLY UNQUALIFIED VICE PRESIDENT (Like Kamala Harris levels of unqualified) OR FOR THE OTHER PRESIDENTIAL CANDIDATE?

BY THE WAY, TRUMP HAS PROVIDED THE EVIDENCE THAT WAS REQUESTED.

I’d like to say thank you to one of my readers who supplied me with the following info to share with you.

She said the Democrat House Organ called Twitter – run by privileged white male Techno-Fascist Jack Dorsey – banned her account. Who elected Jack Dorsey again? Oh, yeah. NOBODY DID. Here is what she sent me:

“So I’ve been doing a little research and starting seeing a certain company name come up.
So I started screen capping info I found and posting to Twitter …”
“Got 100’s of likes and retweets. The info was getting out.
Then out of the blue and without warning my account was banned.”
To continue click HERE

57 responses to “CENSORED BY THE TECHNO-FASCISTS: IT’S SAMIZDAT TIME!”