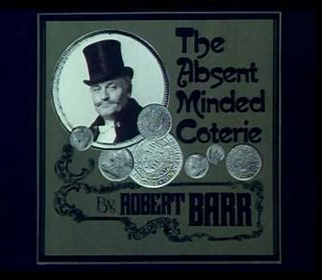 Synopsis: In this Second Season episode, Inspector Hale (Barry Linehan) of Scotland Yard has reached a dead-end in his current investigation and has sought out the aid of the French-born private investigator Eugene Valmont, who operates out of London. 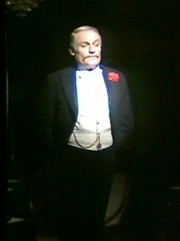 The great Charles Gray, renowned for playing Microft Holmes, Ernst Stavro Blofeld and the narrator of The Rocky Horror Picture Show,  portrays Robert Barr’s eccentric detective. Valmont was originally a serio-comic character intended as a French pastiche of Sherlock Holmes, but in this television adaptation he is treated more seriously than in his own stories.

This seriousness makes the character more respectable while toning down his monumental failings into mere foibles, mostly his ego and his occasional disdain for the differences between French law and British law. Eugene Valmont is almost a prototype – personality-wise, anyway – for the later detective Hercules Poirot, except for his nationality. (In Eugene’s case “I’m a Frenchy! Not a Belgy!”)

At any rate, Inspector Hale needs Valmont’s help in busting a ring of counterfeiters in 1896 London. The vain, boastful and stylish Frenchman takes the case, and the good-natured bickering between the pair over which nation’s approach to law enforcement is better makes for entertaining viewing. 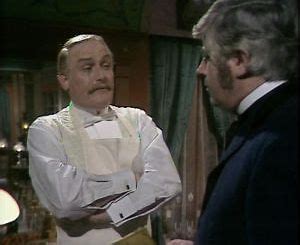 The murder of a policeman, an upper-class Brit with multiple identities and a scam being played on elderly, mentally enfeebled victims are all part of the tapestry of this unusual tale. Valmont even encounters his own Irene Adler of sorts in the form of Miss Mackail, played by the one and only Suzanne Neve.

The suave, sophisticated and cultured detective unravels the complex mysteries involved in the case while never failing to remind everyone how brilliant he thinks he is and how great he considers his French cooking to be. His brawny butler Phelps (Jerold Wells) is not so much a polished British gentleman as he is a two-fisted badass who can tear you up if you try messing with his persnickety boss.

Charles Gray, meanwhile, is magnificent as the expat French detective living in self-imposed exile in London after causing an international incident that got him fired from the force in his homeland. Linehan has the thankless role of the Scotland Yard man whose main purpose is to make the main character look more brilliant by comparison. 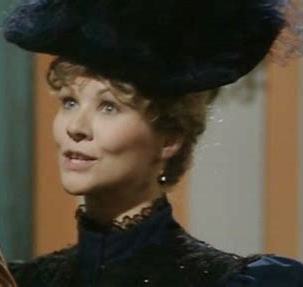 Suzanne Neve really shines as the clever female member of the criminal gang exposed by Valmont. The flirty banter between the two culminates in a final duel of wits in which our hero seems to be losing one of his quarries but gaining a partner for a romantic fling.

(Hey, he ain’t Sherlock Holmes. He’s French. He won’t hesitate to make his own little Scandal in Bohemia with a lovely lady. IYKWIMAITYD.)

When the identity of the mastermind behind the counterfeiting ring is finally revealed his true personality has traces of Ricky Masters from To Live And Die In L.A. from almost a century later.

The Absent-Minded Coterie is probably the best adaptation that Barr’s detective will ever get on the big or small screens. Handled less deftly the character could have been reduced to an Inspector Clouseau buffoon or puffed up into a thoroughly unlikable snob. This episode reaches a nice middle ground.

Not a classic of the genre but more than worth watching. +++