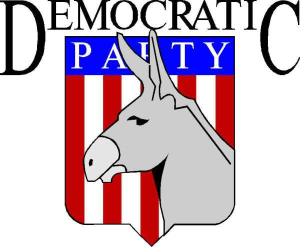 NUMBER ONE – Hatred is in the DNA of the Democrats. One of the worst ways that it manifests itself is the way Democrats are so often the cause of the atrocities they then blame on everyone else. Slavery, the Trail of Tears, Japanese Internment, the Ku Klux Klan, the Spoils System, Tammany Hall, Jim Crow, you name it.

This DEMOCRAT ATROCITY ROUNDUP takes a look at just a few of the outrages that the Party of the Democrats – the American Institution MOST responsible for them – tries to say that THEY are free from guilt over but claims that “the nation as a whole” should bear guilt for forever. CLICK HERE

NUMBER TWO – From my Ancient/ Vintage Science Fiction category came this review of an unjustly neglected tale. The Nth Man is a gigantic, Kaiju-sized man with green shell-like skin who does battle with military and political powerhouses in America of the “future” 1930s.

For RESISTANCE, INC: THE FAUX REBELS OF THE ANTI-TRUMP HYSTERIA click HERE

NUMBER FOUR – Alien: Covenant had been out for awhile by this point and Balladeer’s Blog reviewed it as the comedy that it is.

You mean it’s NOT a comedy?

I beg to differ.