“OPPRESSING PEOPLE WHILE POSING AS THE OPPRESSED”

With the recent shooting of Steve Scalise the Democrats – who have driven so many of us from the party with their fascism – succeeded in the type of deadly action they had hoped to carry out against the members of the Electoral College back in December. Remember the implied threat involved by the Democrats publicizing the addresses and phone numbers of the Electors?

It was a new low, even for the Party of the Ku Klux Klan and other atrocities. Violence and/ or the THREAT of actual violence were the only reason to do that, and they did it to try to get enough Electors to not cast their official vote for Trump. Ironically, MORE Electors abandoned Hillary than abandoned President Trump. Hilarious!

At any rate, the hypocritical Democrats love to COMMIT the atrocities that they then go on to blame THE REST OF US FOR! They love to act like THEY can just move on and forget their role in slavery, Japanese internment, the Trail of Tears and so much else, but the rest of the country bears some absurd collective guilt over those things for the rest of eternity.

Hatred and violence are in the DNA of the Democrats.

TRAIL OF TEARS: Democrat President Andrew Jackson openly ignored a Supreme Court decision and subjected Native Americans to the hardships and large-scale deaths in forcibly moving them along what became infamous as the Trail of Tears.

THE SPOILS SYSTEM: Democrat Presidents Andrew Jackson and Martin Van Buren became synonymous with the Spoils System, under which political hacks would be placed in high positions. Those positions were ideal for graft and other corruption and for abusing authority to force their subordinates to serve the Democrats, NOT the public.

Hell, slavery meant SO much to Democrats that they callously divided the nation in a Civil War to try preserving it. In typical Democrat fashion they watched wave after wave of young men die for their hate-filled cause. It would not be the last time. 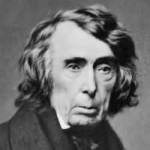 THE DRED SCOTT DECISION: In the years leading up to the Civil War DEMOCRAT Chief Justice of the Supreme Court Roger B Taney was responsible for the Dred Scott Decision which claimed that African-Americans were not people and therefore had no rights. Democrats still blame the rest of us for this outrage, too.

THE KU KLUX KLAN: Democrats were so resentful that other Americans freed their slaves that they formed the KKK to torment, terrorize and harass freed African-Americans. A century later they would perfect the practice of pretending moral superiority over the rest of us for what THEIR party was responsible for.

And yes, Democrats, I know your standard excuse will be “That was a long time ago. We’re better people now.” Well if YOU PEOPLE can say it, then it also applies to THE REST OF US, TOO. So get down off your soap boxes and quit lecturing the rest of us about the “diversity” your political party opposed for so long.

JIM CROW: Democrats used every underhanded legislative and judiciary trick their bigoted minds could come up with to keep violating the rights of African-Americans. They did this for a century, then gave into the inevitable and embraced the long-active Civil Rights Movement.

RACE-BAITING: Democrat Lyndon Johnson’s oft-quoted, less than altruistic remark about the Democrats’ hijacking of credit for the Civil Rights Movement was this: “We’ll have them nigras voting for Democrats for the next two hundred years!”  Indeed the Democrats would, while giving African-Americans precious little in return for their votes.

Most sickening are the 1960s generation of Democrats who made a hobby out of the real-life suffering that African-Americans went through. Yet, in true Democrat fashion, those pretentious asses now lecture the rest of us about “White Privilege.”

JAPANESE INTERNMENT: Yes, even the WW II internment of the Japanese – ANOTHER outrage that the Democrats love to blame on the rest of America – was done by a Democrat President. Democrat Supreme Court Justices like Hugo Black upheld it.

ATOMIC BOMBS DROPPED ON HIROSHIMA AND NAGASAKI: You guessed it – a DEMOCRAT President – Harry S Truman – okayed dropping both bombs.

DEATH-THREATS TO THE ELECTORAL COLLEGE: See the opening paragraph of this item. This ugly “innovation” of the Democrats also means that future elections may not be over on Election Night. They may drag on with the campaigning all the way until the Electoral College meets in December.

DISTORTION OF LIBERALISM: Democrats of the 1960s generation distorted Liberalism into a philosophy that was critical ONLY of the Western World.

DISTORTION OF THE EDUCATIONAL SYSTEM: 1960s Democrats who spend their lives hiding in the prolonged adolescence of the “Academic World” (LMFAO) distorted all levels of the educational system into one big Democrat Voter Drive.

Alleged “teachers” at all levels encourage their students to hate United States President Donald Trump and everyone else who refuses to obey the Democrats.

And yes, the Republicans are repulsive, too, but they don’t try to present themselves as “the official scolds” of the nation like the sanctimonious fools called Democrats do. +++