Balladeer’s Blog has already examined all the major gods and goddesses of the Inuit so here is a look at another one of their mythical heroes. For my initial list of Inuit deities click HERE 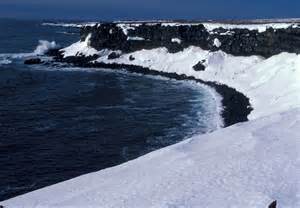 ILAGANIQ – The Inuit hero Ilaganiq was born in the village of Imitchaq, which was famous for being right near the edge of a cliff overlooking the Bering Sea. Ever since he was very young Ilaganiq and his brothers were subjected to extensive physical conditioning by their father.

Ilaganiq’s father Aapaang hoped that one of his sons would be the hero to destroy the Amikuk, or “the Skin Octopus” a monster which terrorized the region. The creature was called the Skin Octopus because of its flat body, like a seal-skin stretched and drying in the sun.

Despite its flat body the beast had tentacles like a traditional octopus and it had caused much loss of life as well as many sunken kayaks and umiaks. Aapaang’s youngest son Ilaganiq had been born with webbed hands and feet, making him the fastest swimmer of the family. END_OF_DOCUMENT_TOKEN_TO_BE_REPLACED 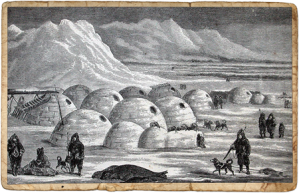 It’s been awhile since I’ve covered Inuit myths. I’ve already examined all the major gods and goddesses so here is a look at one of their mythical heroes. For my initial list of Inuit deities click HERE

INUURAQ – Like many of the heroes in Inuit myths Inuuraq overcomes the disadvantage of being orphaned and goes on to achieve greatness. Inuuraq lived so long ago that it was before the wind and weather god Sila had made war on the giants and reduced them all to three feet tall. (After that the giants were the Inuit version of elves and were called Ishigaq.)

The chief of Inuuraq’s village had sent his son and two other men off together to hunt caribou. Many days had gone by and the trio were presumed to have fallen into the hands of the roving giants. The chief asked for volunteers to search for his son and the other missing hunters, but only Inuuraq was courageous enough.

As an orphan the young man had no kayak or weapons of his own so he had his grandmother Nengzurluung go to the chief and his wife to tell them that her grandson was brave enough to search for the missing trio but would need a kayak and weapons.

The chief was grateful that at last a volunteer had come forward. He allowed Inuuraq to have the pick of his (the chief’s) boats and weapons. Our hero selected a fine kayak, a bow and arrows and an ulu: a bladed weapon longer than a knife but not quite as long as a sword. (It is the kind of weapon used by the Inuit disemboweling goddess Ululijarnaq.) END_OF_DOCUMENT_TOKEN_TO_BE_REPLACED 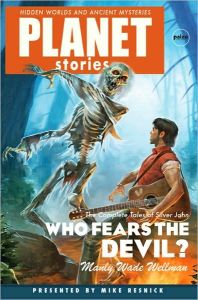 I’m still a fan of Manly Wade Wellman’s pulp hero Silver John, the roaming singer and guitarist who fights supernatural forces in the Appalachian Mountains of long ago, sort of like a countrified  Orpheus  meets Kolchak. He’s called Silver John because of the silver strings on his guitar and the silver coins he carries in his pockets.

NOBODY EVER GOES THERE – Just a reminder that all the Silver John stories published after his marriage to his beloved Evadare (click here if you missed the tales chronicling that landmark event – https://glitternight.com/2011/06/03/pulp-heroes-silver-john-four-for-friday/  ) jump around in time.

This short story is set when John is much older. Plus the tale breaks from the tradition of having the stories narrated by Silver John in the first person. We get a third person narrative in which the older (probably 40s) balladeer comes to the aid of two young lovers in the town of Trimble.

Mark Banion and Ruth Covel, two teachers at Trimble High, cross to the forbidden side of Catch River, where ancient, shadowy life forms caused the disappearance of an entire textile factory crew plus their families. All of that happened over 75 years ago, but strange sounds still emanate from the creepy-looking abandoned factory and the company houses nearby. END_OF_DOCUMENT_TOKEN_TO_BE_REPLACED 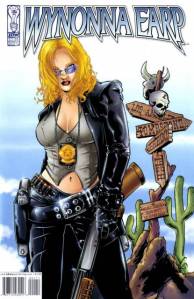 Never let it be said that Balladeer’s Blog’s readers don’t get things done! In 2013 I covered the neglected comic book heroine Wynonna Earp and hoped for a movie about her. Still no movie BUT the Sci Fi Channel is launching a television series based on the monster-slaying figure.

The eponymous series debuts April 1st (but this is NOT an early April Fool’s joke, I swear!). Here’s a refresher on Wynonna’s action-packed saga.

WYNONNA EARP – December of 1996 saw the comic book debut of Wynonna Earp, a descendant of Frontier Marshal Wyatt Earp. Wynonna worked in present-day law enforcement in the American southwest. What separates her from her more well known ancestor is the fact that Wynonna was a United States Marshal, Black Badge Division.

The Black Badge Division was a top-secret branch of Federal Marshals established by President Theodore Roosevelt to deal with paranormal menaces. That’s right, Wynonna Earp was as sexy as Barb Wire or Xena and fought werewolves, mummies, zombies, gremlins and all other manner of supernatural foes just like Kolchak or the X-Files crew. In her earlier adventures Marshal Earp was drawn as a drop-dead sex-bomb who often gouged out the eyes of her opponents with her impossibly high heels while in her final few escapades she was drawn as a more sensibly-dressed heroine.

Wynonna Earp was the END_OF_DOCUMENT_TOKEN_TO_BE_REPLACED

YI: THE CHINESE EPIC OF THE DIVINE ARCHER

I.WHAT’S UP WITH YI?  – Yi the Divine Archer from Chinese mythology deserves to be remembered in one breath with some of the other great heroes and monster slayers from belief systems around the world. Most people are only familiar with his feat of shooting down multiple suns that appeared in the sky one day, but this article will provide a light- hearted look at all of his fantastic adventures.  END_OF_DOCUMENT_TOKEN_TO_BE_REPLACED 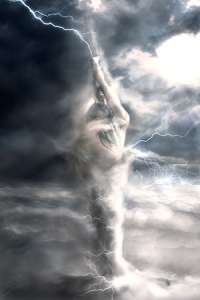 When it comes to gods and/or demigods who slay monsters Hercules, Thor and Gilgamesh get the bulk of the attention. Vishnu and Shiva’s roles slaying monsters in Hindu myths are well-known, too. Balladeer’s Blog as usual will show some love for those figures who get neglected simply because their pantheons are not as familiar to most of the world.

Chief Weapon: Spears made of lightning.

Rogues Gallery: This storm god destroyed an enormous porcupine with tree-sized quills, a giant bird with feathers made of wampum, a worm large enough to engulf an entire village, cannibalistic wizards plus a gigantic horned serpent and its army of equally large serpents.