The Fall Fiction Contest is OPEN for submissions through November 30th! Submit your very best fiction up to 6,000 words for the chance to win $2,000 and publication in The Masters Review. Fifteen stories will be honored on our shortlist, with the winning three selected by Anita Felicelli! Second and third place stories earn $300 and $200, respectively, publication, and correspondence from our judge. END_OF_DOCUMENT_TOKEN_TO_BE_REPLACED

Submit to the Masters Review Summer Short Story Award! The winning story will be awarded $3000 and publication online. Second and third place stories will be awarded publication and $300 and $200 respectively. All winners and honorable mentions will receive agency review. We want you to succeed, and we want your writing to be read. It’s been our mission to support emerging writers since day one.

Yes, it’s that time again! The Master’s Review is running their Winter Short Story Contest and the deadline is January 31st. 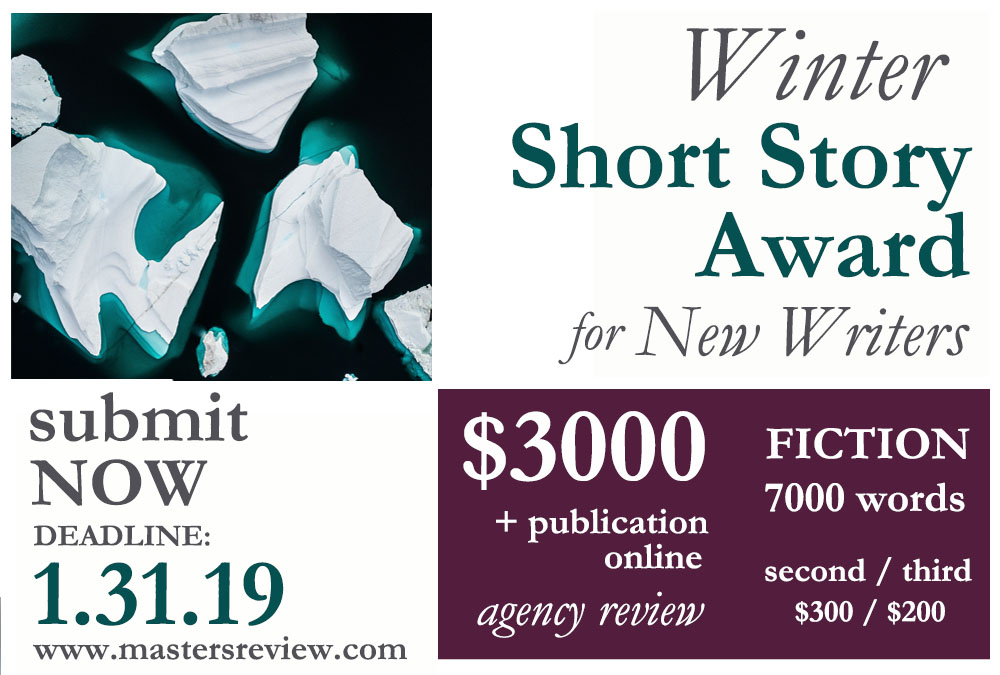 The Winter Short Story Award, a prize that recognizes the best fiction from today’s emerging writers, closes in less than a month. The winning story will be judged by Aimee Bender and awarded $3000 and publication online. All winning stories and any notable honorable mentions will receive agency review. END_OF_DOCUMENT_TOKEN_TO_BE_REPLACED

BE AWARE THAT SOME OF THEM HAVE ENTRY FEES OF $20.00. Enter your submission(s) in the eleven contests below: END_OF_DOCUMENT_TOKEN_TO_BE_REPLACED

END_OF_DOCUMENT_TOKEN_TO_BE_REPLACED

IN SEARCH OF THE UNKNOWN (1904): IF INDIANA JONES WAS A ZOOLOGIST

IN SEARCH OF THE UNKNOWN (1904) by Robert W Chambers. Previously Balladeer’s Blog examined Chambers’ underrated horror classic The King in Yellow. The work we’re looking at this time around is a collection of short stories about Gilland the Zoologist. Gilland was a forerunner of the real-life Frank “Bring ’em Back Alive” Buck and the fictional Indiana Jones.

Our daring hero worked for the Bronx Zoological Gardens and was frequently dispatched by Professor Farrago to try to bring in dangerous crypto-zoological specimens or disprove their existence if they were hoaxes. The stories in this volume:

I. THE HARBOR MASTER – Gilland is sent north to Hudson Bay where a Harbor Master has reported capturing a pair of Great Auks, flightless birds which went extinct in the mid-1800s. The two-fisted scholar finds the Great Auks are for real but the Harbor Master harbors (see what I did there) a sinister secret.

This story also features the Harbor Master’s beautiful secretary, who naturally catches Gilland’s eye, and a gilled merman (shades of Creature From The Black Lagoon), who wants to mate with the lovely lady himself. Gilland’s not having it, of course, and must do battle with the creature.

II. IN QUEST OF THE DINGUE – The Graham Glacier melts, unleashing a number of animals from species that were long thought extinct. Among the crowd of academics converging on the unexplored area are Gilland and Professor Smawl. The Professor is a sexy, strong-willed female scholar that our hero has been forced to accompany into the region.

The battle of the sexes bickering flies like shrapnel as the pair encounter Woolly Mammoths and other creatures, find a primitive bell called a dingue and run afoul of a gigantic super-powered woman who calls herself the Spirit of the North. END_OF_DOCUMENT_TOKEN_TO_BE_REPLACED

Origin: While working the fields on a farm in the mid-western United States, Tom Kenny was scooped up and carried aloft by a freak cyclone. After several hours of exposure to the elemental windstorm the man finally dropped into a town he did not recognize.

In addition to granting Tom superpowers the mysterious storm caused him to lose much of his memory outside of his first name. He could not recall where he was from or who his relatives were or if he had known anything about the odd cyclone. Adopting the last name Kenny the amnesiac wandered from town to town and city to city trying to learn about his past.

During his quest he would battle any evils that he came across under the superhero name Tornado Tom.