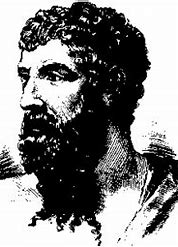 THE BANQUETERS – By Aristophanes. This was the very first comedy from the Athenian whose name is synonymous with ancient Greek comedies, especially political satires. The nineteen-year-old presented a landowner from Athens whose two sons were being introduced to his phratry brothers at a banquet dedicated to Herakles.

The sons were on opposite ends of what we would today call the political left & the political right. Following an argument between the two of them they switch friend groups to see who can handle the other’s daily life better. Jokes abound about values, hair styles, tastes in music and more. 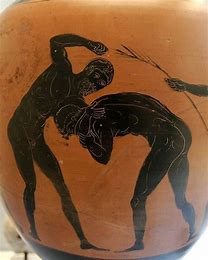 AUTOLYCUS – By Eupolis, who along with Aristophanes and Cratinus was one of the Big Three of ancient Greek comedy. The muscle-bound athlete Autolycus is being pushed for a career in politics by his patron in spite of him being an imbecile with no true comprehension of the issues – think of Arnold Schwarzenegger.

The athlete’s patron assigns a man to try making the lunk-headed Autolycus presentable to the politicos of Athens. The resulting chemistry put me in mind of Blackadder the Third’s interactions with the slow-witted Prince Regent, but with plenty of jokes about the Greek political situation of Eupolis’ time. 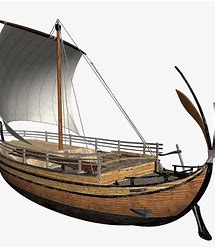 For obvious reasons the women’s sex strike in Aristophanes’ comedy Lysistrata has made that work far more famous than the commercial treaty premise of Merchant Ships. The Acharnians‘ completeness compared to the fragmentary Merchant Ships sets it far above the latter, but I suspect that if Merchant Ships had survived in its entirety its more comprehensive premise might have eclipsed The Acharnians. 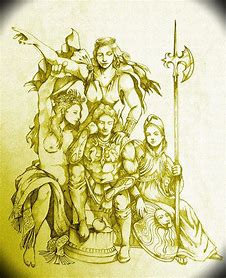 DIONYSALEXANDROS – By Cratinus. In this comedy Cratinus’ genius and knack for innovation was on display. What seems like it might be a mere Mythological Burlesque of the Judgment of Paris regarding the Golden Apple of Eris is fused with the trappings of a Satyr play to present a political satire of the Samian War, Pericles and his relationship with his fiery female lover Aspasia.

Genre-bending fun and a very non-traditional approach for Attic Old Comedy – at least as far as can be determined from our perspective here in the modern day. 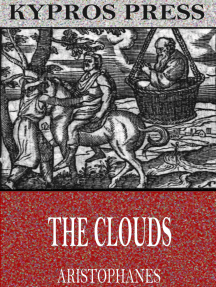 THE CLOUDS – By Aristophanes. This is another of the most renowned comedies by Aristophanes, given its use of the Sophist philosophers in general and the philosopher Socrates in particular as targets for satire.

An Athenian named Strepsiades is being pursued by creditors for the gambling debts of his slacker son. He sends the youth to be educated by the Sophist philosophers to learn rhetorical arguments to get Strepsiades out of paying those debts in court. (Today we might relate to this as sending his son to Law School to learn lawyer’s tricks for perpetrating miscarriages of justice.)