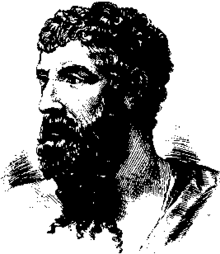 For background info on ancient Greek comedies and my previous reviews of them, click here (also features a list of my source books): https://glitternight.com/ancient-greek-comedies/

What Meet the Beatles was to the British Invasion, The Banqueters was to Attic Old Comedy. (Yes, I love silly comparisons) This play was the first comedy written by Aristophanes, the leading light of ancient Greek comedy, and was performed at the Lenaea festival of 427 BCE when Aristophanes was nineteen years old. The Banqueters won second prize, making it a very auspicious debut for the man often considered the greatest political satirist of the ancient world.

The Banqueters is a comedy that once again lets us feel our shared humanity with the ancient Athenians, in this case over the perennial conflicts caused by Generation Gaps and the tension between pointlessly clinging to the past and pointlessly embracing new ideas just because they’re new, even though they may be just as flawed as the older ideas they replace. This is one of the many comedies of Aristophanes that survive in fragmentary form, not in their entirety.

An Athenian landowner with staid, old-fashioned views is hosting a lavish banquet in honor of Heracles. The attendees are the landowners’ Phratry- brothers (think of a cross between college fraternity brothers and social lodge brothers) and they are the title banqueters who make up the chorus of the play, offering wry commentary on the action of the comedy, often with jokes that break the fourth wall and address the audience directly.

The landowner is using the event to introduce his two sons to his Phratry- brothers. These Phratry relationships were very useful in the lives of young men in ancient Greece. They would generally join their father’s Phratry and the social and business connections they formed there provided a network of contacts and potential allies as they pursued their professional lives.

The sons reduce the event to chaos with their sibling conflict – the Conventional Son embraces his father’s old-fashioned views while the Experimental Son has left traditional education to adopt the new ideas being promoted by the various Sophist philosophers of the day. (For a look at the Sophist philosophers and their ideas see my examination of the comedy The Clouds)

There are several witty, bantering exchanges arguing over the comparative merits and flaws of conventional and experimental ideas in all fields, including education, the law and the arts. Think of political arguments on comedies from All in the Family on up through the present day.

Eventually, for the rapid-fire, blackout sketches of the comedy we see the Conventional Son and the Experimental Son switching places (presumably on a dare in the course of their arguments but the portion of the play explaining why has not survived) and trying to live each other’s lifestyles to literally “see how the other half lives” in a political sense. These episodes are based on “fish out of water” comedy as each son proves incapable of adapting to the other’s lifestyle and social circles.

** 1960s translations of the fragmentary remains and ancient commentaries on The Banqueters capitalized on the easy and appropriate comparisons to the Generation Gap of their time period. The Conventional Son was depicted in terms of a conservative young man in the 1960s  mindlessly clinging to the outdated 1950s “Eisenhower’s America” worldview of his parents. The Experimental Son was depicted as a 1960s liberal young man mindlessly embracing every new intellectual and social fad that came along, no matter how silly or irrational.

** The play’s arguments over new trends in music are pretty timeless. Each generation always seems to feel that “these kids today” have musical tastes that are bizarre and often incomprehensible. I know people who just had children in the 1990s and they’re already complaining about the music their kids listen to and expressing annoyance that those kids don’t seem to appreciate the virtues of their parents’ musical favorites.

** Jokes are made about the “newfangled” sundial that the astronomer and mathematician Meton had constructed near the Pnyx in Athens. Any generation of any time period can relate to jokes about “new technology” that seems unnecessary to them.

** The landowner and his Conventional Son express comically overstated horror at the way the Experimental Son’s worldview and attitudes have been influenced by Athenians like Thrasymachus and Alcibiades. Think of how the older generation is always convinced that their children have “fallen under bad influences”.

** The landowner feels his Experimental Son has learned cheap lawyer’s tricks and rabble- rousing demagoguery from Thrasymachus so he may pursue a career in the law courts or in politics. He feels that same son and his crowd have pointlessly adopted customs and habits of the Spartans (whom the Athenians were fighting in the Peloponnesian War at the time) just to seem sympathetic to their own city-state’s enemies. This easily translates to the way American Liberals mindlessly side with everyone who opposes their own country no matter what the circumstances.

** Among the Spartan habits the Experimental Son is depicted as adopting is bathing in cold water instead of warm and of … growing long hair. This would certainly have echoed the older generation’s  silly “get a haircut, ya hippy” attitude in the 1960s and helped the younger generation of the decade identify with the Experimental Son.

** In the “fish out of water” episodes when the sons switch lifestyles to “prove” that the other way of life is easier the Conventional Son is depicted as being in over his head in academic philosophical arguments and in political debates in the Assembly. The Experimental Son is depicted as too dandified and lazy to understand how to work the landowner’s farm the way his brother does.

** There are jokes about the “professional accusers” in the Athenian political circles of the day ( These accusers would bring public accusations against the political adversaries of their secret patrons, blackening the reputations of the accused and often forcing them to face legal fees. To use Liberal and Conservative examples from recent years, when Anita Hill came forward against Clarence Thomas she would have been suspected of being a “professional accuser”. When the Swiftboat Veterans came forward against John Kerry they would have been suspected of the same )

** Topical jokes pertaining purely to the Athenian political situation at the time The Banqueters was written include: a) jokes about the late Pericles’ disastrous strategy for fighting the Peloponnesian War in its first years i.e. abandoning the countryside of Attica to the Spartan land forces while choosing to fight them only on the seas, where Athens’ naval superiority would give them the upper hand

c) jokes about the four- tiered class structure of ancient Athens, which I’ll explain in detail in the future when examining comedies that satirized it