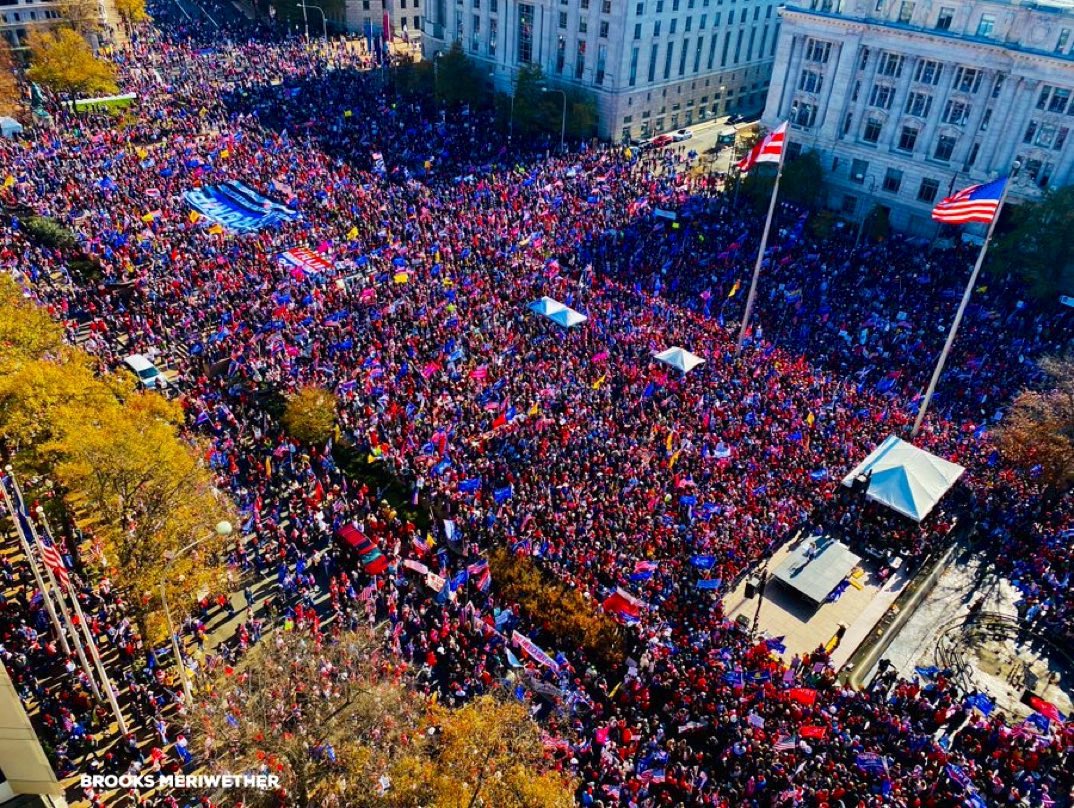 Independent Voter site Balladeer’s Blog notes that de facto Third Party President Donald Trump is exposing the way Democrats apparently want the U.S. to be a corporate fascist state masquerading as a Democratic Republic. Even Democrat Senators Elizabeth Warren, Amy Klobuchar and Ron Wyden plus Democrat House member Mark Pocan warned in 2019 about Dominion election software and the way it could be used to destroy election integrity, like it seems to have done in this 2020 disputed election. (States like Texas which rejected the Dominion system did not have the problems discovered in states WITH Dominion.)

“These problems threaten the integrity of our elections.” Senators Elizabeth Warren (D), Amy Klobuchar (D) & Ron Wyden (D) issue a formal complaint in 2019 to Dominion Voting Systems. Among the complaints? Allegations of ‘vote-switching.’

And please note: NINETY-SIX PERCENT OF DOMINION VOTING SYSTEMS POLITICAL CONTRIBUTIONS WENT TO DEMOCRATS. (link below) Were those contributions a way of getting those Congressional Democrats to overlook Dominion’s shortcomings? And was some other form of cooperation expected from Dominion? Reasonable people might ask such questions.

Lawsuits and other actions are moving forward to have state legislatures refuse to certify the election results in those states where the Dominion system has called the integrity of those results into question.

President Trump and his team are courageously fighting the good fight but the well-known spinelessness of the Republican Party’s office-holders may well cause that Party’s politicians to abandon the voters. If they do it will inevitably result in the 2020 presidential election joining the 2000 and 1876 elections as the most tainted in American history. As a minimum.

Federal Election Commission Chairman Trey Trainor has joined the growing chorus of voices referring to this year’s presidential election as “illegitimate.” It was rather symbolic the way the corrupt George W Bush, accused of stealing the year 2000 election, was so eager to congratulate Joe Biden, accused of stealing the 2020 election. Is “Illegitimate presidents have to stick together” a saying?