ROBERT DENIRO WITH PROOF TRUMP IS BEING RAILROADED

It’s no secret that Donald Trump is a de facto Third Party President taking on America’s cesspool of corruption which masquerades as a government.

Recently Trump drove drug addict Hunter Biden, the Underboss of the Joe Biden Crime Family, to finally step down from his position with a Chinese company AND even the Democrats at the New York Times have stopped trying to deny that the Deep State (a term which has been around for decades and was NOT “made up” by Trump) is real.

They’ve just moved on to pretending it’s “a good thing” that corrupt bureaucrats abuse their authority.

Anyway I titled this post in honor of alleged sexual assailant Robert Deniro, star of any movie offered to him. This is about a terrific article further deconstructing the absurd “impeachment” nonsense that the Democrats are subjecting the nation to. The link is below but first some excerpts:

“Believing Adam Schiff’s (left) lies and calling for an “impeachment inquiry” has to be one of the worst blunders of Speaker Pelosi’s career. The whistleblower tale has crumbled and the backup witnesses the Democrats are relying on only confirm the Deep State bureaucrats and Democrats believe that they, not the elected president, have a lock on executive powers.”

“The leaker, incorrectly tagged a “whistleblower,” now doesn’t want to testify” and wants to just send a letter. 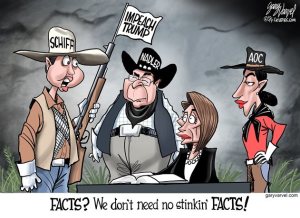 “It was already ridiculous to think a presidential impeachment, to remove the most powerful elected political representative of The United States, could continue based on an anonymous complaint.  However, expecting the same complainant/accuser to remain invisible during the process is so far beyond nonsensical, the light from where nonsense emanates wouldn’t reach this narrative for a year.”

“The real reason for this backoff, I think, is that once his identity is confirmed, it will be clear this was a stupid setup by amateurs in Congress who wanted to cover their tracks.” 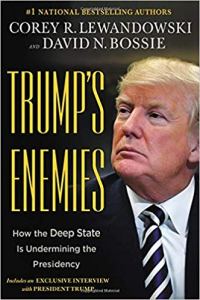 “For one he seems to be involved with those behind the discredited Steele Dossier. “Billionaire Clinton donor Victor Pinchuk sent MP Bielkova to meet with him the same day she met with David Kramer and kicked Steele Dossier operation into high gear.” For another, his association with two members of Schiff’s staff — Abigail Grace and Sean Misko — suggests they cooked up his story together before sending it off to the Inspector General to refashion the leaker as a “whistleblower.”

(NOTE FROM BALLADEER: Plus the notoriously corrupt American Intelligence Community BACKDATED their sub rosa change to “whistleblower” definitions to include word of mouth and hearsay just to get this anti-Trump travesty off the ground.)

“The DNC, Pelosi, Schiff, the media, progs in general and even the bureaucracy and FBI are in some respects a sideshow.” 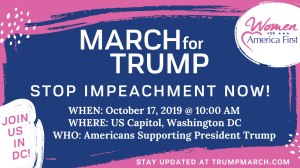 “The real issue that ought to either-or-both frighten and enrage any honest American is that the “Intelligence Community” truly does now consider itself a law unto itself and has arrogated the power to actually decide who is a suitable president and who will be allowed to occupy the White House.”

“The genesis of Russia and the Ukraine has quite plainly been at its root the IC and especially the CIA.”

As for the alleged “backup witnesses” that the Democrats have conjured up:

“The President pulled her from that post in May. She is the ambassador who didn’t let representatives of the new government of Ukraine have visas to travel to this country to provide evidence of corruption by Biden and others in their country.”

“I suppose her point, and that of the Democrats, is that the executive powers granted the president are to be negated. The Deep State, once in place, cannot be removed by an upstart president who disagrees with its members.”

“Her testimony is due next week. She likewise objected to the president setting his own foreign policy circumventing the advice of the bloated (300) membership (Obama’s doing, now trimmed back to the original 100 by Trump) of the National Security Council and herself. The President’s former Russian advisor resigned days before the call which so perturbed Adam Schiff, a call he misrepresented (“parodied”) when the White House surprisingly revealed the transcript of it. In her case, it seems that once again that policy differences and turf protection are the issues, not presidential wrongdoing.”

30 responses to “ROBERT DENIRO WITH PROOF TRUMP IS BEING RAILROADED”