#WALKAWAY MARCH ON WASHINGTON – Yours truly was one of the former Democrats disgusted with the Party’s growing intolerance and fascism. 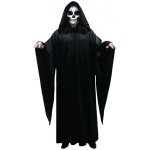 THE BLACK ABBOT (1897): GOTHIC HORROR – Halloween Month was, as usual, filled with Balladeer’s Blog’s examination of many neglected horror stories and films.

The Black Abbot was also known as The Black Priest and The Messenger. The author was Robert W Chambers, famous for The King in Yellow. CLICK HERE

BALLADEER’S BLOG OVERCAME TECHNO-FASCISTS WHO TRIED TAKING IT DOWN – Yes, I was one of the year’s many targets of privileged white one percenters and techno-fascists who abuse their wealth to try to censor all dissenting opinions.

I was back in action by the 2nd day and marked the occasion with this blog post. CLICK HERE

HELLRAISER: THE FOUR BEST FILMS – Just in time for the Halloween Season, Balladeer’s Blog examined some of the Hellraiser movies.

I reviewed my choice of the Top Four out of the 10 films in the Hellraiser series.

TRUMP CARDS: OCTOBER 22nd – It was the latest edition of Trump Cards!

This go-round featured yet another gay Judge the Donald nominated for a Federal seat, George Soros’ notorious connections with the ACTUAL Nazis (Yes, he’s THAT old!) and female journalist of color Asra Nomani’s Ida Tarbell-style indictment of Soros. CLICK HERE

THE ENSOULED VIOLIN (1880): GOTHIC HORROR – A Halloween Season review of this work of Gothic horror written by Madame Blavatsky herself.

Music and supernaturalism mingle in this macabre tale which features a guest appearance by the real-life violinist Paganini. CLICK HERE

THE CREEPY LINE (2018) – This excellent documentary look at the abuses of techno-fascists at Google, Facebook, Twitter and all over Silicon Valley is an excellent work of investigative journalism.

Come along for this film’s look at the perverse way in which technology and social media are exploited and monopolized by a clique of white, privileged and obscenely wealthy 21st Century Robber Barons. CLICK HERE

THE HOUSE ON THE BORDERLAND (1908) – Halloween day itself saw my review of this horror tale written by William Hope Hodgson.

This horrific story was praised by none other than H.P. Lovecraft himself and readers can definitely tell how it influenced him. CLICK HERE

Regular readers often describe these fake slogans as funnier than some of the Mock Headlines blog posts that I run. CLICK HERE

#BLEXIT: BLACK EXIT FROM THE DEMOCRAT PARTY PLUS #BLACKLIVESMAGA – The #WALKAWAY movement also spawned allied movements like #BLEXIT and #BLACKLIVESMAGA.

For those links all you have to do is CLICK HERE