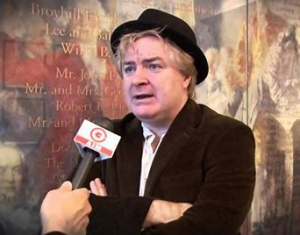 Roughly 12 years ago writer Phelim McAleer moved to the U.S. from Europe and learned that many European assumptions about the country are just plain wrong. That was especially true when it came to the overseas image of America’s political left compared to the ugly reality of what they’ve become in recent decades.

Here’s another figure from the creative community making many of the same observations I’ve often made about how the left has driven away so many of us who used to belong to it. The link is below but first some excerpts:

“One of the first things I learned when I came to America was that American Progressives don’t much believe in progress. In fact they are among the most conservative – even regressive – people I know.”

“As I got to know my new country I discovered that very often leftism debased terms so badly that they meant the opposite of what they should.”

“I wrote a play called FERGUSON which only used actual Grand Jury eyewitness transcripts to tell the story of the shooting of black teenager Michael Brown. It is a technique known as Verbatim Theater.

“Nine members of the cast walked out during rehearsals. Why? Simply because the truth didn’t match the “Hands Up Don’t Shoot” Ferguson lie they’d been sold by the media. The irony was that most of the eyewitnesses who gave evidence to the grand jury were minorities. The actors were not willing to give minorities a voice on stage, because they didn’t much like the truth of what had actually happened in Ferguson.” END_OF_DOCUMENT_TOKEN_TO_BE_REPLACED

Tagged as blogging, Both Democrats and Republicans are Criminals, Both Liberals and Conservatives Suck, Ferguson, news, Phelim McAleer, politics