MALDOROR 2:6 – THE JUSTICE OFFERED BY THE LAW IS WORTHLESS

Balladeer’s Blog resumes its examination of the macabre 1868 French language work The Songs of Maldoror. NOT FOR THE EASILY UPSET.

THE JUSTICE OFFERED BY THE LAW IS WORTHLESS

The supernatural being Maldoror, fresh off his sadistic murder of a 10 year old girl in the previous stanza, this time around turns his attentions on an 8 year old little boy. Our vile protagonist first spots the child sitting on a bench in the Tuileries Gardens. Maldoror sits down next to the boy and engages him in conversation.

The conversation consists of the monstrous figure peppering the child with questions about his beliefs and his dreams for the future as well as his barely-developed notions of right and wrong.

When the boy says he often thinks about God and Heaven, Maldoror tells the child he is too young for that and that such thoughts should be saved for old age.

When the boy counters that he wants to go to Heaven when he dies Maldoror points out that since God created Heaven as well as the Earth that means the same cruelties and injustices will prevail there that prevail on Earth. 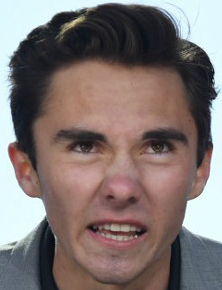 Maldoror further tells the boy he should stop thinking in terms of rewards from God or punishments from Lucifer after death and instead form his own morality.

Turning to the subject of murder our malevolent main character gets the boy to admit that if a playmate wronged him he would want to kill that playmate. The child protests that even though that is what he would want it is forbidden by the law.

Maldoror points out that it is only forbidden if you are caught. He maintains that the justice offered by the law is worthless. It is the legal knowledge and influence of the injured party that is all that matters. Maldoror also argues that each person should create their own justice and if they do not they are nothing but imbeciles.

The monster next leads the child along a train of thought that compares the “correctness” of killing a playmate who wronged him to the “correctness” of the violent actions that nations commit against each other. This evolves into an endorsement of the idea that might is the only thing that makes right.

Maldoror leads the child toward ambitions of becoming a dictator and dominating men and nations. The little boy desperately clings to a pitiful notion that he could acquire wealth, power and dominion through honest means but Maldoror mocks that idea. He drives such thoughts from the little boy’s mind by ridiculing him about how many people will leap over him in the pursuit of wealth and power if he remains mired in childish notions of right and wrong.

No matter where the hapless little boy tries to take the conversation the evil Maldoror drives it back to his own amoral philosophy and the belief that murder is the unavoidable first step for any successful person. The boy’s last feeble attempt at resistance comes when he states that he would want to do good things for people with any power that he earns. Maldoror dashes that sentiment by reminding him that people who do good will never achieve any level of power so if he ever wants to gain enough power to do good he STILL must follow the life path that begins with murder and selfishness.

In the end the boy goes mad and begins frothing at the mouth. Maldoror simply abandons the now-insane child and goes on his way.

I WILL RESUME THIS LOOK AT THE SONGS OF MALDOROR SOON. CHECK BACK ONCE OR TWICE A WEEK FOR NEW INSTALLMENTS.

12 responses to “MALDOROR 2:6 – THE JUSTICE OFFERED BY THE LAW IS WORTHLESS”