To me there’s nothing like the ORIGINAL historical context in which fictional heroes were introduced, so I’ve examined 1930s, 1940s and 1960s superhero characters, often reviewing their first 20 stories. Here are the first 20 Defenders stories from the 1970s.

Title: The Day of the Defenders

Comment: The Defenders were originally far different from the mere “street level” heroics that fans of Marvel Television adaptations associate with the team’s name. In 1971 Marvel had just one Avengers team in addition to the Fantastic Four and the X-Men. The Defenders often fought to save the entire world or even the entire universe or multiverse.

Doctor Strange and the Hulk had been around since the 1960s. The Sub-Mariner was introduced in 1939 (so BEFORE Aquaman), back when Marvel Comics was called Timely Comics.

Synopsis: The evil scientist Yandroth, an old one-off foe of Dr Strange, has been spending his years since his defeat at Strange’s hands mastering sorcery as thoroughly as he had previously mastered science. He is on his death bed after having devised a scheme to ensure that the world will be destroyed shortly after he dies.

With typical villain bluster, Yandroth has Dr Strange summoned to his death bed and taunts him about his plans and tells him that in five hours the entire Earth will be destroyed by his creation the Omegatron unleashing every nuclear and biological weapon in the world. Before passing away, the villain reveals that he used BOTH sorcery AND science to create the Omegatron, ensuring that it cannot be defeated by JUST sorcery or JUST science. It will require the proper combination of the two. 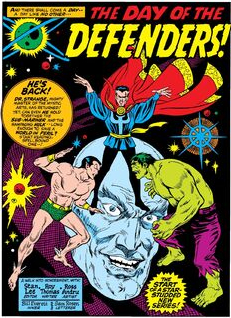 Knowing he has no chance of stopping this menace with his magic alone, Dr Strange mystically summons the Sub-Mariner, Monarch of Atlantis, to his side and explains the situation. Since even Namor’s realm of Atlantis will be destroyed by the Omegatron he allies himself with Stephen.

The Sub-Mariner suggests that Dr Strange also enlist the immensely powerful Silver Surfer to fight beside them. The sorcerer conjures up an image of what the Surfer is up to at that very moment. He and Sub-Mariner see that the Silver Surfer is, for the umpteenth time, trying to penetrate Galactus’ barrier which keeps him banished on Earth. Once again the Surfer fails and plummets back to Earth.

Since the Silver Surfer will need hours to recover from his crash landing back on our planet, Doc and Namor instead summon the Hulk to help them. Our heroes track down the Omegatron to an abandoned lighthouse in the northeastern United States. END_OF_DOCUMENT_TOKEN_TO_BE_REPLACED

The lives of millions of innocent people are at risk in addition to the Mandrill’s actual targets. One last reminder that, though Foolkiller’s awkward moniker may put off some readers, it’s based on the figure from 19th Century American folklore.  END_OF_DOCUMENT_TOKEN_TO_BE_REPLACED

FOOLKILLER 16: THE MANDRILL COMES TO TOWN

My alternate treatment of Foolkiller (Greg Salinger) in The Defenders # 90 will deal with the funeral of Hellcat’s (Patsy Walker’s) mother and with Daredevil rejoining the Defenders since Matt Murdock is now part of Nighthawk’s (Kyle Richmond’s) legal defense team. The Mandrill and Fem-Force strike again as part of that mutant villain’s plan to revenge himself upon the Defenders, Daredevil and his own parents: everyone he blames for his setbacks.  END_OF_DOCUMENT_TOKEN_TO_BE_REPLACED 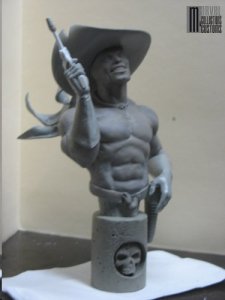 Unpainted collectible bust of Foolkiller with his Purification Gun drawn.

Defenders Annual # 2, here in my treatment, would feature the Defenders (Hulk, Valkyrie, Nighthawk, Hellcat and Foolkiller (Greg Salinger) getting reunited with the Red Guardian to help her thwart the latest world-conquering scheme of the Defenders’ foe known as the Presence. END_OF_DOCUMENT_TOKEN_TO_BE_REPLACED

FOOLKILLER 14: DOOMSDAY TO THE INFINITE POWER

Foolkiller with his Purification Gun

Since superheroes are all the rage Balladeer’s Blog’s “Script Doctoring” of Marvel’s handling of Foolkiller (Greg Salinger) continues with part fourteen.

This time around I rewrite The Defenders # 89 and bring to a conclusion this tale about the secrets behind Foolkiller’s costume and his Purification Gun.

Our hero and his fellow Defenders try to save countless universes from Thog the Netherspawn.

The name Foolkiller is based on the figure from 19th Century American Folklore.

Some of you have commented on how awkward you find the nom de guerre “Foolkiller” but since the name was based on the figure from 19th Century American folklore, it won’t be altered.

This time around I rewrite all of The Defenders # 88 and provide several answers regarding the mysteries surrounding Foolkiller (Greg Salinger) and surrounding the dangerous fanatics of the Tribunal.  END_OF_DOCUMENT_TOKEN_TO_BE_REPLACED 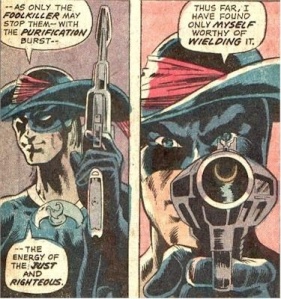 In this installment I rewrite The Defenders # 87. After many teasers regarding the secrets behind Foolkiller’s Purification Gun and the unusual fabric of his costume I start revealing the answers.

I also revise the whole premise behind the Tribunal running the Inquest since, ultimately, even the apocalyptic revelations of the Elf With A Handgun were dismissed as a “hoax” by Dr Strange. And some of you have commented on how awkward you find the nom de guerre “Foolkiller” but since the name was based on the figure from 19th Century American folklore, it won’t be altered.    END_OF_DOCUMENT_TOKEN_TO_BE_REPLACED

So Foolkiller walks into a bar and the bartender says “Hey, buddy … Why the long neck?” Oh, wait – that’s all wrong.

Since it’s the superhero film time of the year Balladeer’s Blog’s “Script Doctoring” of Marvel’s handling of Foolkiller continues with Part Eleven.

This time around I rewrite all of The Defenders # 86 and bring my war between Wakanda and Atlantis to a close.

There are also new revelations about Foolkiller’s Purification Gun as his time with the Defenders rapidly nears its end.  END_OF_DOCUMENT_TOKEN_TO_BE_REPLACED

I rewrite virtually the entire story again this time around as The Defenders # 85 is on the schedule. My war between Wakanda and Atlantis proceeds, with Foolkiller (Greg Salinger) and the other Defenders caught in the middle. Will a certain Latverian dictator also get into the act? END_OF_DOCUMENT_TOKEN_TO_BE_REPLACED

FOOLKILLER 9: WAR BETWEEN WAKANDA AND ATLANTIS 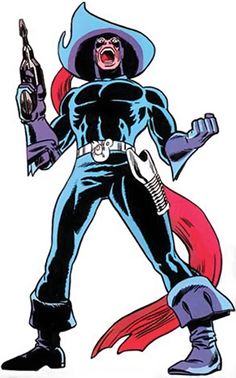 Foolkiller (Greg Salinger) and his Purification Gun after he just had mouth-enlargement surgery.

In recognition of all the summer superhero films Balladeer’s Blog’s “Script Doctoring” of Marvel’s handling of Foolkiller continues with Part Nine.

This time around my script-doctoring extends to virtually the entire issue of The Defenders # 84. It’s easy to see why this comic book was financially iffy by this point. In researching these stories for this series of blog posts I couldn’t believe how many issues ended with readers probably thinking “So, did anything really happen this month? Well, no … Again.”

In this particular installment I rewrite the whole damn book to present the breakout of a war between Marvel’s two greatest hidden realms – the Black Panther’s Wakanda and Namor’s Atlantis – with Foolkiller and the rest of the Defenders caught in the middle.  END_OF_DOCUMENT_TOKEN_TO_BE_REPLACED