DEMOCRAT UGLINESS IN ITS MANY FORMS

Independent Voter site Balladeer’s Blog presents the sequel to my previous piece regarding Republican Ugliness in its Many Forms. Twenty-First Century Democrats embody everything they used to pretend to oppose and basically oppress people while posing as the oppressed. 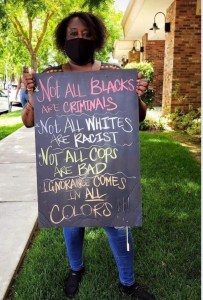 NO DEMOCRAT WOULD ALLOW THIS SIGN IN A CLASSROOM OR OFFICE.

AT PRESENT, DEMOCRATS PUSH DIVISIVENESS EVERYWHERE – Democrats, despite the fact that their political party was behind so many atrocities in America’s past, presume to lecture the rest of us. Hell, the senile and corrupt Joe Biden eulogized an actual Ku Klux Klan official, fellow Democrat Senator Robert Byrd. Biden’s 1994 legislation has long been called out for its draconian punishments which fell mostly on African-Americans. Joe Biden and his son Hunter have been caught repeatedly in racist comments and using racial slurs, yet the pathetic Biden tries lecturing THE REST OF US about “racism” and “White Supremacy.” You know … the kind of White Supremacy pushed by the Ku Klux Klan, founded by Democrats and which Biden’s eulogized buddy Robert Byrd held a leadership position in.

And JOE BIDEN COMES FROM A SLAVE-OWNING FAMILY and he STILL HAS KIDS IN CAGES. But Democrats never cared about those kids, they just used them as a political stick. You won’t see Democrats at “protests” over Biden’s Kids in Cages, even though he has more Kids in Cages than either Trump or Obama did.

Hell, Democrats even act like THEY are the official judges of who is an “authentic” voice for women and non-whites and LGBT people. Women, non-whites and LGBT people who express disagreement with Democrat Party talking points are as unlikely to be hired – and VERY likely to be fired – as any white people would be in Democrat dominated professions.

Democrats have successfully financed virtual Democrat Party Whips in most businesses in the form of “Diversity” administrators. Uh. Yeah. “Diversity” ONLY as defined by Democrats. And Democrats are the overwhelming majority of people in Human Resources positions.

More and more people are not hired or are decreed to be “unqualified” in more and more occupations because of the increasingly absurd requirements to undergo “training” which pushes Democrat talking points that fewer and fewer reasonable adults are willing to submit to. And the “instructors” in those training courses? Democrats, of course.

When “educators” (LMAO) who are overwhelmingly Democrats churn out their typically biased lists “Ranking the Presidents” they pretend that their elevation of Democrat presidents at the expense of Republican presidents is somehow “proof” that Democrat presidents are better. Demand to see the exact numbers and political affiliation of each “academic” (LMAO) contributing to those lists.

And we need Third Parties because the alleged opposition party to the Democrats is run by some of the most clueless and/or easily bought pieces of garbage in political history. They sit by and do nothing to combat this discrimination.

Republican voters deserve far better than the garbage who represent them in Congress. Republicans in Congress sell out their own constituents on a regular basis, relying on their own inherited wealth or their graft money to keep them safe from the harms befalling those constituents.

DEMOCRATS ARE THE MOST INTOLERANT FORCE IN AMERICA AT THIS POINT IN TIME – I have friends on both sides of the political aisle and in recent years it’s ONLY the people who still call themselves Democrats who have a problem with that. My fellow Independent Voters and, typical of this time period, Republicans are all able to get along despite disagreements on various issues. People who still call themselves Democrats increasingly cut off communication in a huff.

Democrats are like religious fanatics and they childishly believe that they are “good” and that anyone who disagrees with ANYTHING they say is “evil” and must be fired, ostracized, censored, etc. Even in the workplace, it’s Democrat intolerance that pollutes everything. Most adults can live with the fact that coworkers might like presidents like George W Bush, Barack Obama and Donald Trump and may have pictures of them at their desks.

ONLY Democrats file complaints and threaten legal action over pictures of presidents they don’t like. Democrats painted George W Bush (whom I’ve made clear I can’t stand) as “Hitler” and demanded that anyone who had a picture of GWB at their desk had to remove it. Democrats, of course, felt free to flaunt their Obama pictures. Republican elected representatives did nothing to address such issues.

Doing nothing paved the way for casual acceptance of Democrats being able to demand that pictures – or ANYTHING – which might hint at Donald Trump support be removed from people’s desks and work buildings upon threat of legal action or termination. AND it paved the way for blocking non-Democrats from even speaking at public events like graduations or an alarming number of other occasions and settings. Congressional Republicans STILL do nothing.

DEMOCRATS CALL EVERY OPPOSITION CANDIDATE HITLER – Democrats in the workplace, the media, entertainment and “education” (LMAO) insist on painting opposition candidates as Hitler. Or, moronically enough, “worse than Hitler.” I despised George W Bush and Barack Obama but, like most adults, I was always able to express that contempt without pretending that either of them was “Hitler.”

Already some Democrats in the media have been claiming that Florida Governor Ron DeSantis is “even worse than Trump” since they prematurely assume DeSantis will be the 2024 Republican candidate for president. And hey, they figure why not? Congressional Republican indifference to the cultural impact of having their voters and candidates equated in the public mind with Hitler and other Nazis has made such shrill overstatement a winning strategy for them. So look for “___________ is Hitler!” to again be the meme used against the 2024 Republican candidate.

Cowardly Democrats love to call political opponents “Hitler” and/or “Nazis” because they enjoy pretending that they are doing something on the same level as opposing Hitler by demonizing everyone who disagrees with them. People who use that tactic are inevitably the kind of people who would have been too terrified to defy REAL Nazis or dictators.

DEMOCRAT MEDIA DOMINANCE – Belatedly, the Republican power players seem to have finally grasped what a huge disadvantage it is to fall behind your political opponents in the Media Arms Race. Democrats still have what seems like dozens of media outlets to every one that Republicans have. As I often point out, that’s because Republican power players wince at thoughts of “splitting audience share” while Democrats have successfully shaped every national “narrative” by saturating the country with their talking points no matter the cost in mere money.

Republicans often laughed at the way outlets like Air America lost so much money and ultimately went out of business, yet here we are many years later and virtually everything that Air America pushed for has come to pass. But hey, Republican power players feel, it was so foolish of the Democrats to throw good money after bad in keeping Air America operating for so long. Political and cultural influence cannot be measured on a profit and loss sheet, but Republican power players understand nothing but money and that’s why they are always left in the dust by the Democrats.

MEDIA DOMINANCE TRANSLATES TO CULTURAL AND POLITICAL DOMINANCE – Regular readers of Balladeer’s Blog are probably tired of me typing this, but as I keep reminding Republicans, many of their political and cultural losses in battle were actually lost long ago when their party’s leadership failed to keep up with the Democrats in the media arms race.

That negligence – and the fact that America DESPERATELY needs Third Parties – has led us to the present state of affairs, in which it is just culturally assumed that every Republican is stupid, bigoted and hate-filled and that the equally flawed Democrats are somehow virtuous fighters against “hate.” I have friends in both parties and believe me, many Republicans are more intelligent and more compassionate than Democrats. And they don’t constantly congratulate themselves for every kind-hearted thing they do the way Democrats do.

The Republican power players are so self-defeating that they happily pile on and trash their own when any of them develop enough of a backbone to push back against these prejudices. And of course they ignore the fact they only to seem to be “perceived as mean-spirited” in fighting back because of their failure to keep up in the Media Arms Race long ago.

If it was just Republican Congressional candidates suffering from this it wouldn’t be worth worrying about, but their constituents have been made the cultural Safe Targets in America thanks to the inaction of their elected representatives.

20 responses to “DEMOCRAT UGLINESS IN ITS MANY FORMS”