QUICK TAKES ON MOVIES: SOLO, THE LAST JEDI AND OTHERS

I have been getting a lot of readers asking me to review some of the more recent releases from major studios. Balladeer’s Blog regulars know that I tend to focus on incredibly obscure items or hilariously bad movies from decades ago.

Since a lot has already been written about the following several films I won’t bother with one of my in-depth looks. These will be more general takes on the movies.

SOLO: A STAR WARS STORY – Thankfully someone FINALLY addressed the elephant in the room of the Star Wars universe: the origin of Han Solo’s last name.

That’s right, in a cinematic setting which features multiple characters sporting the unusual surname Skywalker, Disney decided that the world needed a back-story for the last name “Solo.”

I sure as hell didn’t PAY to see this movie so you can insert your own joke about “not even getting my money’s worth” here. For the most part this was a waste of time because it made Han Solo a bit too goody-goody.

There are plenty of ways to write a smuggler plying his criminal trade but winding up stuck in a situation where – simply by fighting for his own survival – he can simultaneously, coincidentally accomplish some greater good. And do it in a way that keeps them roguishly likable, not shallowly sentimental.

If you’re familiar with C.L. Moore’s pulp sci-fi hero Northwest Smith or George MacDonald Fraser’s antihero Harry Flashman then you already know how grittily enjoyable this flick COULD have been. Disney sucks all creativity out of everything it touches. 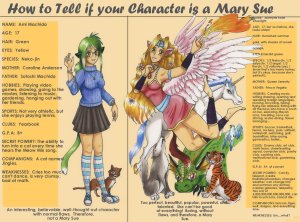 THE LAST JEDI – I don’t have much to add to the trillions upon trillions of words already written about this movie. To me what towers over the entire production is the hypocritical way that Disney Corporation … DISNEY CORPORATION of all organizations … inserted a silly, pee-pee ca-ca level anti-capitalist message into part of the story.

How many children could have been fed with the money Disney SPENT on this shallow, nonsensical bit of fluff? How many hospitals built? How many hundreds of millions of dollars poured into a medical charity fund for people who don’t have health-care? These become VERY relevant questions when an entity like Disney – f*cking DISNEY – gets up on a soapbox to condemn the soulless profit motive.

Remember the sly satirical point of the original Shrek movie? The “evil” ruler representing the man then running Disney? The way that ruler captured and basically imprisoned various figures from world folklore and fairy tales? You can now add all of the Star Wars figures to the metaphorical cages of Disney.

They’ll go on charging money to figuratively visit these characters in Disney’s “zoo” like they do with so many other characters that they presume to have “copyrighted.” For a company that has for so long embodied corporate exploitation of everything held dear around the world to preach to us shows their fundamental lack of self-awareness.

Even before Shrek the original Bullwinkle and Rocky show did a bit lampooning Disney in one of its Fractured Fairy Tales. The story of Sleeping Beauty was presented with the handsome prince being drawn as a VERY obvious Walt Disney lookalike.

Instead of kissing Sleeping Beauty to wake her up the greedy man stole her away to his very recognizable castle and charged peasants admission to come in and gawk at the eternally sleeping figure. Perfect! Until Shrek came along that was the best satirical representation of the rot at the core of Disney.

So don’t send me messages about the evils of capitalism, Disney. I’d sooner sit through the Pope lecturing on the evils of child molestation.

OCEAN’S 8 – How about just going with a title like Menstru-8? I didn’t see this movie but I think it’s kind of silly how the film industry thinks it’s so feminist and empowering to simply recast popular franchises with women.

Well, at least it’s a change of pace from television shows & comic books being transferred to the big screen. On the spectrum of Hollywood’s shallowness and lack of originality these ventures are easily the most harmless. But they do embody the concept of “mixed messages.”

Don’t like that remark? How about “I never realized Superman was British until I saw him keeping such a stiff upper lip in this film.”

AVENGERS: INFINITY WAR – Thanos the Mad Titan abandons his original mission to woo the goddess of Death by way of total interstellar genocide and instead transforms into a Neil Breen hero, complete with half-assed justifications for his body count.

TRUMBO – I already reviewed it HERE

© Edward Wozniak and Balladeer’s Blog 2016 – 2018. Unauthorized use and/or duplication of this material without express and written permission from this blog’s author and/or owner is strictly prohibited. Excerpts and links may be used, provided that full and clear credit is given to Edward Wozniak and Balladeer’s Blog with appropriate and specific direction to the original content.

6 responses to “QUICK TAKES ON MOVIES: SOLO, THE LAST JEDI AND OTHERS”