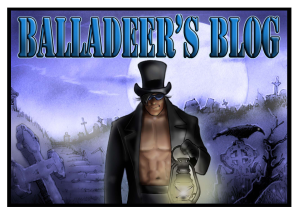 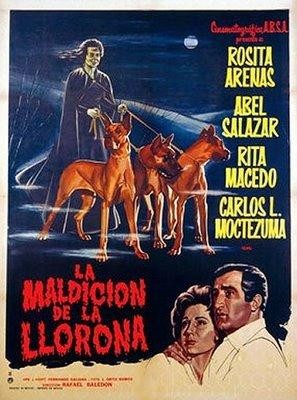 CURSE OF THE CRYING WOMAN ( 1961 ) – The crying or weeping woman, called La Llorona in her native Mexico, is the undeniable queen of Mexi- Monsters. This ghoulish menace has appeared in many, many films before and after this one, but this 1961 version was the one that added witchcraft to her powers and spawned the “Llorona- mania” that shows no signs of abating.

The most recent Mexican horror film about her in 2007 used the tag line “The legend of La Llorona never dies”.

Since I’m a mythology geek I’ll point out that variations of the story of La Llorona can be traced all the way back to Aztec times, but the Christianized version of her story goes like this:

a woman (the 1961 version began the tradition of having her be a witch) who had secretly borne the children of her aristocratic lover realized she was just being used as a pleasure toy when the man dumped her to marry a titled woman.

She killed the children and was killed by the man in turn (in some versions she took her own life). When she arrived at the gates of Heaven she was denied entry until she could account for her slain children, and has spent centuries since then roaming Mexico by night looking for those children and making a loud wailing cry as she goes.

She also preys on the children of others, either drowning them or letting them be eaten by the voracious, emaciated ghost- dogs she leads around on chains. The image of the Crying Woman’s  pale face with the empty eye- sockets from which tears flow is unique and unforgettable. She also preys on adults unfortunate enough to encounter her and various films give her minions, undead and otherwise.

The 1961 epic featured La Llorona attempting to defy the will of Heaven by reuniting her spectral soul with her dessicated human remains. This figure deserves to be as well- known as Dracula, Frankenstein, Freddy Krueger and all the rest.