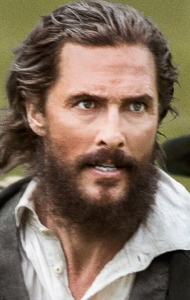 As with ancient Greek comedies and so many old movies from the Silent Era, it is terrible that so few of the original Fool Killer Letters have survived. The author of those mock letters from the homicidal vigilante called the Fool Killer was Charles Napoleon Bonaparte Evans, editor of The Milton Chronicle.

In the two previous surviving letters, one from 1857 and one from 1859, we saw that the Fool Killer – like his creator Evans a member of the dying Whig Party – bitterly opposed secession. And like his fellow Southerner Sam Houston condemned the fools bringing on a destructive Civil War.

After this 1861 letter Evans retired the Fool Killer for a time by having the darkly satirical figure stating that he was washing his hands of this nation of fools who had unleashed such a catastrophe. By 1870 Evans brought back the vaguely supernatural figure, who claimed he had been hibernating in a cave since 1861 and had emerged to resume killing corrupt politicians and societal nuisances.

JUNE 28th, 1861 – From “Down about Norfolk, VA.” (The Fool Killer wandered North Carolina and Virginia – which back then still included what is now West Virginia – and the dark-humored Fool Killer Letters were syndicated in several newspapers in addition to his North Carolina “birth place” the Milton Chronicle.)

This letter started out with Jesse Holmes – the name the fictional murderer claimed was his real identity – railing to Editor Evans:

“When the historian comes to record the cause of the downfall of this once proud and mighty Republic, tell him, for me, to put in these words, to wit: It fell by the hands of Fools!

“I tried my best to avert the dire calamity – I wielded my club (* With which he slew his victims) by day and by night – I bathed it in the blood of demagogues, designing politicians, fanatics, rapscallions and scoundrels” … “I called loudly for help to demolish the fools that seemed to be everywhere springing up like the green grass of this Mother Earth on which you and I tread but alas! alas! too few heard my warning and came to the rescue.”

In this letter the Fool Killer adds a collection of Bowie knives to his arsenal alongside his ever-present club/ walking stick/ cudgel. Future incarnations of the Fool Killer in folk tales, short stories, novels and plays will assign him various axes, guns and even a scythe. Comic book depictions will add weapons like a sword and a high-tech “Purification Gun” which shoots white energy blasts of undetermined nature.

(Steve Ditko’s short-lived superhero Killjoy might have been able to capture the Fool Killer spirit if the character had been handled correctly.)

We rejoin the homicidal vigilante’s account of his recent activities and the victims who fell to his club and his knives, each blade inscribed with the words “Fool Killer.”

While morosely taking in the proliferation of military camps and forts springing up throughout North Carolina and Virginia, “Jesse Holmes” lashed out at both Democrats and Republicans (remember, he was a Whig) and even had the poor prognostication skills to call the people who elected Abraham Lincoln “fools” who refused to compromise.

Courageously enough, Evans had the Fool Killer call out the wealthy Democrat slave-owners, many of whom had led the calls for secession and war but now avoided military service. Holmes sarcastically stated he had looked in soldiers’ tents everywhere he wandered but didn’t see most of the loudest warmongers. (Ancestors of the Bush and Cheney families no doubt.)

The Fool Killer expressed special disgust for William Robinson, Associate Editor of the Democrat Newspaper the Raleigh State Journal. (Remember, back then news outlets were much more honest about their political party affiliation than they are now. Charles Evans’ Milton Chronicle was an openly Whig newspaper, but that party was vanishing. Anti-slavery Whigs mostly joined the young Republican Party.)

Disgust with Robinson was largely centered around the way that Democrat and his ilk called for special privileges to avoid the battlefield for those figures who had called for immediate secession and hadn’t tried to compromise. (What is it with Democrats and their hate-filled refusal to try to work with their political opponents? Some things never change.)

While thrashing war-dodging jingoists as well as people making money from war profiteering the Fool Killer also struck down secessionists who crossed his path. In this letter he actually killed a black person for the first time in the surviving letters. The black man had boasted about being a secessionist so the Fool Killer knocked him off.

Regular readers will recall what a puzzling and hard to categorize character the fictional Fool Killer was. In the previous letters Jesse killed several white southerners that he caught abusing their slaves or forming lynch mobs or spreading paranoia and panic about imaginary slave uprisings. Yet his creator’s son served in the North Carolina Army and Editor Evans himself does not seem to have had actual anti-slavery sentiments.

Back to this letter, Jesse Holmes threatened to carve out Union General Benjamin Butler’s heart (“Bub”) and to scalp him to provide hair for a scarecrow. Butler had not yet gained the fame he would achieve in New Orleans. In June 1861 he would have been best known as the Union General at the Battle of Big Bethel.

From Norfolk, VA the Fool Killer traveled to Suffolk, VA, possibly by train, his preferred mode of transportation. In past letters he even referred to riding on the Cow Catchers of trains if he couldn’t get a seat inside.

In Suffolk Jesse clashed with well to do Democrat beaus who preferred to squire around all the pretty young ladies while their men were off at war. The Fool Killer took particular umbrage over insulting remarks a Virginian made about North Carolina troops, since the vigilante was himself a Tarheel. The Virginian paid the price.

Before leaving Suffolk, Holmes attacked civilians who were charging the local soldiery through the nose for meals and other necessities. He also discussed visiting with North Carolina units like the Milton Blues and the Ranaldsberg (sic) Riflemen. (Hey, no USO entertainers at that time but how about a visit from a famous homicidal maniac to cheer up the troops?)

For the very first time in the Fool Killer Letters the murderous folk figure mentioned setting foot OUTSIDE of North Carolina and Virginia. Jesse visited somewhere in Kentucky – possibly Cane Ridge based on what I could find out about the potential “Meeting House” described by our main character. (Yes, I am that boring, thanks for noticing!)

Anyway, once again venting his deadly wrath on the superstitious and gullible, the Fool Killer whacked not only a man and woman who had consulted a witch about their missing cow but also killed off the self-proclaimed witch herself. (Y’know, if the North had just waited long enough this guy would have depopulated the entire South, eliminating the need for a war.)

Okay, to be fair the witch had claimed her “powers” told her two innocent men had stolen the cow, which had turned up dead. The cow’s owners were trying to sic law enforcement on those falsely accused victims so the Fool Killer slew the man, woman and witch over more than just superstition.

Making his way back to North Carolina, Holmes killed a man in Person County for snoring in church. At Buncomb Hall, the Fool Killer claimed his last victim for this letter – a man who had called for secession but who was now begging a Congressman to appoint him a Magistrate so he could avoid going to war.

The next Fool Killer Letter picks up in 1870 after his years of hibernation in a hidden cave. +++

I WILL EXAMINE THE NEXT LETTER SOON. KEEP CHECKING BACK FOR UPDATES.