DAY ONE, GAME ONE – The FAIRFIELD UNIVERSITY STAGS played the UNIVERSITY OF TAMPA SPARTANS. Neither team scored in the 1st Period and in the 2nd the Spartans went up 1-0 but the Stags tied things up at 1-1 6 minutes later. The 3rd Period ended in a 2-2 tie, with Fairfield University’s Russell Mazzaro knocking in the winning Goal 51 seconds into Overtime. In this 3-2 win Stags Goalie Nick Lanni stopped 36 of 38 Shots on Goal.

DAY ONE, GAME TWO – Canada’s SAULT COLLEGE COUGARS, making the Tournament in their very first year of ACHA play, clashed with the UNIVERSITY OF WISCONSIN AT MILWAUKEE PANTHERS. In this catfight-that- wasn’t the Cougars made the Panthers their prison brides, leading them 2-1 in the 1st Period and 7-1 in the 2nd Period before putting them away in the 3rd by a blowout score of 10-1. Sault College Goalie Drew Gregory got the win, stopping 17 of 18 Shots on Goal.

DAY ONE, GAME THREE – The Upset-Minded GRAND VALLEY STATE LAKERS took the ice against the AIR FORCE ACADEMY FALCONS in this game. The opening Period saw the Falcons grab a 2-0 lead before the Lakers came back to go on top 3-2. In the 2nd Period the two teams exchanged Goals, making the score 4-3. Grand Valley State got out to a 6-3 advantage in the 3rd before winning the game 6-4. Reidar Burgeson led the Lakers with 3 of their Goals, while Goalie Jared Myers logged the W stopping 18 of 22 Shots on Goal. 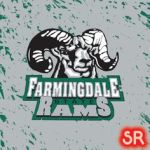 DAY ONE, GAME FOUR – A massacre was in the offing in this battle between the FARMINGDALE STATE RAMS and the UNIVERSITY OF CENTRAL FLORIDA GOLDEN KNIGHTS. The Rams held a 3-0 lead to end the 1st Period. In the 2nd Period Farmingdale State made it 4-0 before the Golden Knights got on the board to pull within 4-1. From there the Rams added SEVEN unanswered Goals for an 11-1 lead. In the 3rd the agony finally ended for UCF as Farmingdale State won 12-3 behind Goalie Stephen Montgomery with 22 stops on 25 Shots on Goal. 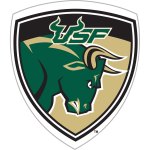 DAY ONE, GAME FIVE – The UNIVERSITY OF SOUTH FLORIDA BULLS found themselves up against the RAMAPO COLLEGE ROADRUNNERS. The 1st Period ended with the Bulls up 2-1. USF and the Roadrunners exchanged 1 Goal apiece in the 2nd Period for a 3-2 score. In the 3rd Period the Bulls exploded for 4 more Goals to defeat Ramapo College 7-2. Mitchell Campbell led the victors with 3 Goals, while Goalie Samuel Coleman picked up the win with 38 stops on 40 Shots on Goal.

DAY ONE, GAME SIX – The UNIVERSITY OF MICHIGAN WOLVERINES faced the UNIVERSITY OF NEBRASKA CORNHUSKERS. The Wolverines managed a Shutout of the Cornhuskers, all while knocking in 1, 1 and 3 Goals themselves in the 1st, 2nd and 3rd Periods respectively for a 5-0 victory. The winning Goalie for the University of Michigan was Justin Flanagan, who stopped 29 of 29 Shots on Goal in this game.

DAY ONE, GAME SEVEN – Here the FORDHAM UNIVERSITY RAMS took on the FLORIDA GULF COAST UNIVERSITY EAGLES (who also have a D2 team). A 1-0 Eagles edge became a 1-1 tie by the end of the 1st Period. Neither team scored in the 2nd Period and in the 3rd Florida Gulf Coast University went up 2-1 before the Rams came back to win the game 3-2. Fordham’s Joe Sponenburg was the triumphant Goalie with 32 stops on 34 Shots on Goal.

DAY ONE, GAME EIGHT – The KANSAS UNIVERSITY JAYHAWKS played the OAKLAND (MI) UNIVERSITY GOLDEN GRIZZLIES. Neither team responded to my requests for specific stats and the box office score was not available anywhere on line.

The only information that could be determined was that the Jayhawks defeated the Golden Grizzlies by a final tally of 6-3.